The 2017 European Skiers of the Year are…

The 2017 European Skiers of the Year are…

You’ve cast your votes, and the 2017 European Skiers of the Year are… 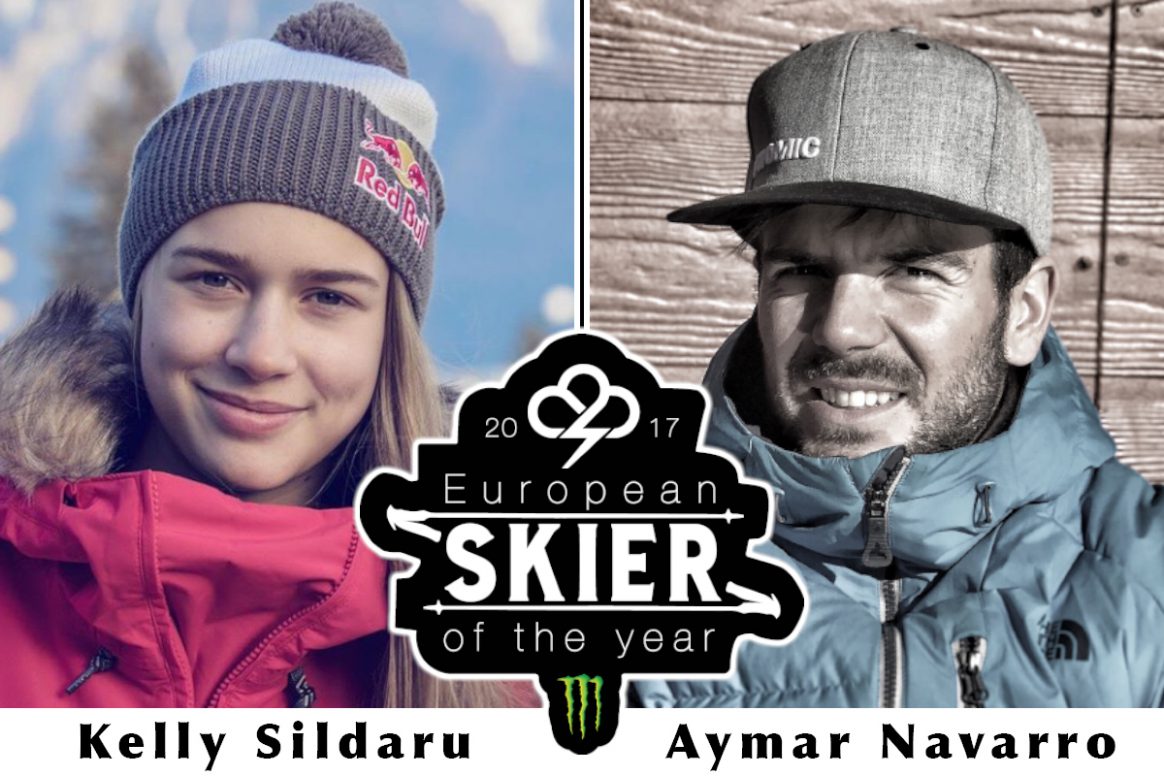 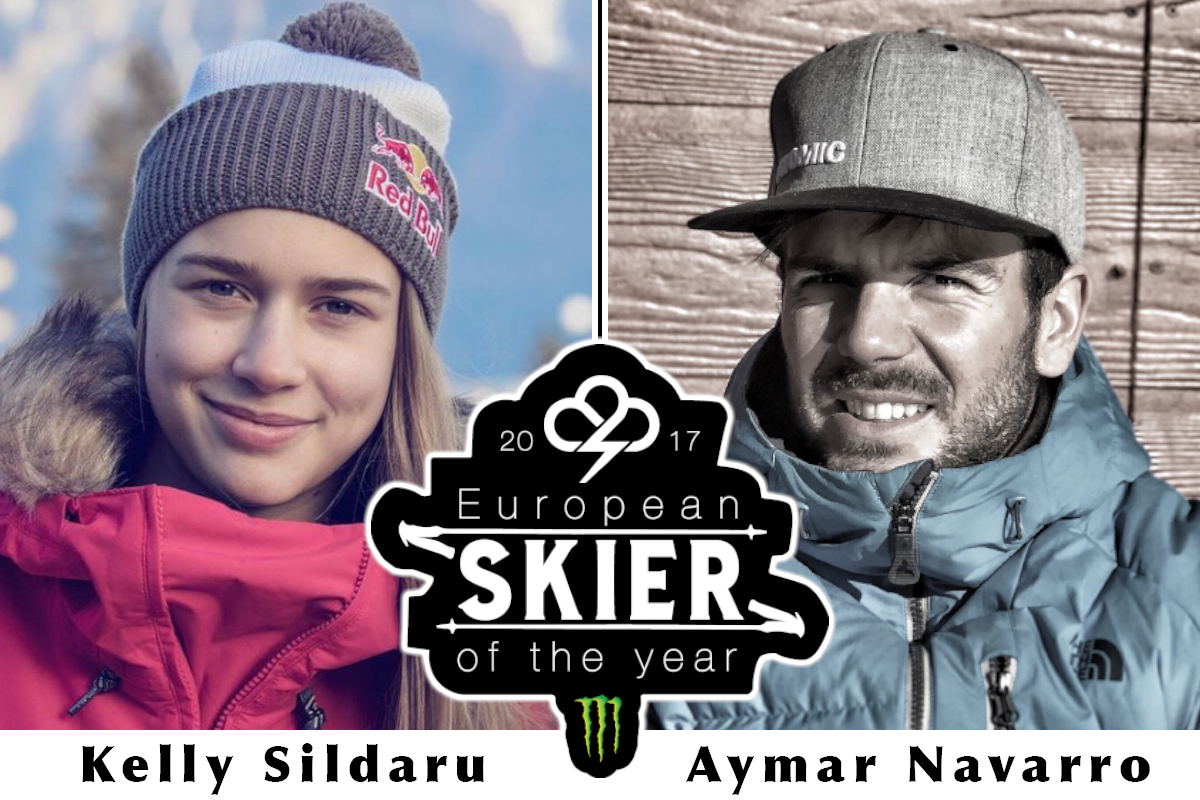 The 2017 Downdays European Skier of the Year Contest presented by Monster Energy is a wrap and two champions have emerged victorious!

For the women, Estonian phenom KELLY SILDARU claims the European Skier of the Year title for the second time — her first win was in 2014. This 15-year-old is currently at the head of a pack of young new talent that’s revolutionizing the level of women’s freeskiing competition. In 2017 she cemented her reputation as the leading lady in the slopestyle field, winning contests from the Aspen X Games to the SFR Tour to FIS World Cups. Off of the competitive circuit, she also found time for an appearance in the new Faction Collective movie, “This is Home.” 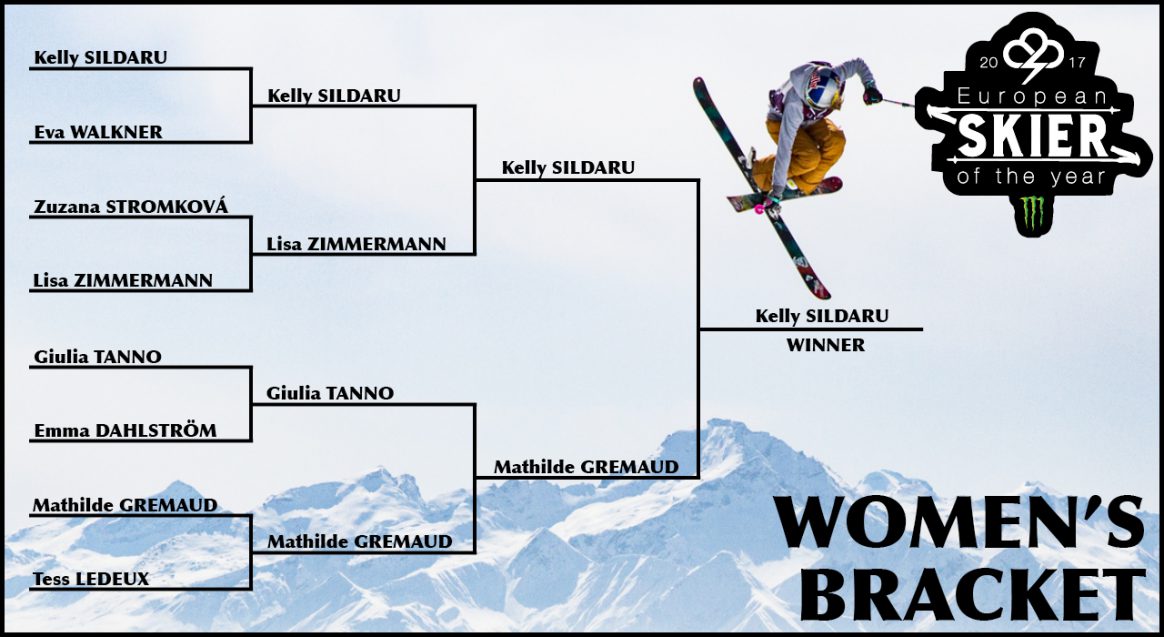 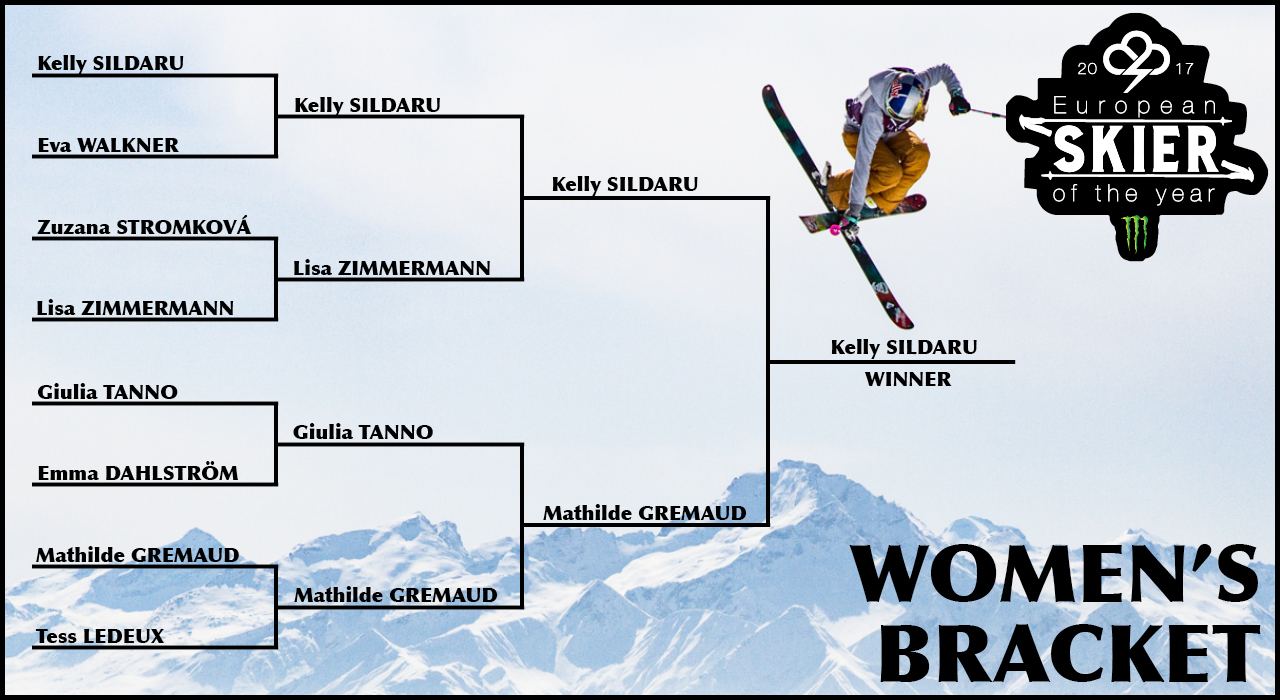 On the men’s side, AYMAR NAVARRO has narrowly defeated last year’s winner Henrik Harlaut to clinch the title of 2017 European Skier of the Year! He’s the first Spaniard to do so, and the first freerider to win the vote since Markus Eder in 2014. Aymar blasted his way through the voting rounds, besting big names like Candide Thovex, Antti Ollila and finally Harlaut on his path to victory. How did he pull it off? Well, for starters, he’s been skiing like a man possessed: in 2017 Aymar bagged his first podium finish on the Freeride World Tour, travelled to Greece to film with the Snowmads crew, and continued his acclaimed “South Lines” webisode series with even more dreamy South American freeride lines.

Aymar’s longshot victory tells us three things; 1) this guy shreds, 2) Don’t underestimate the freeride vote, and 3) Spain is on the map as a skiing nation! 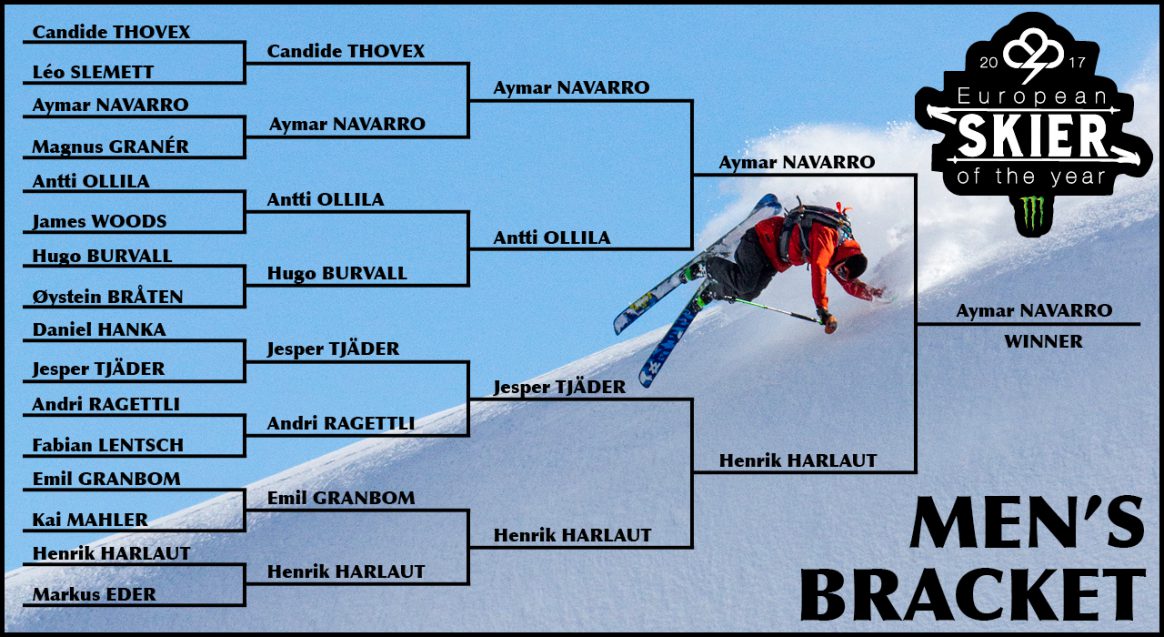 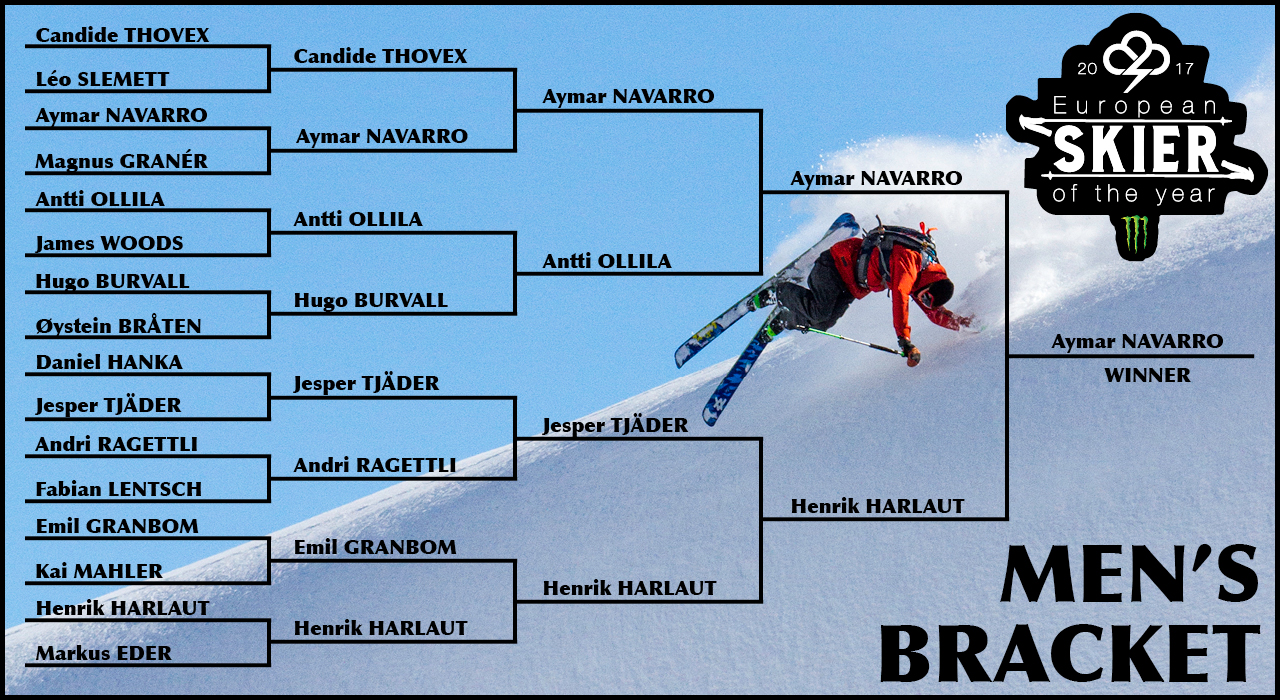 Our two European Skiers of the Year will receive a free surf trip in France this summer courtesy of our partner Pure Surf Camps, and will be accompanied by one lucky member of the public! Stay up on the Downdays Instagram to find out how to win. And a big thanks to the other ESOTY supporters: Monster Energy, Atomic and Stance.

We’ll be following up with interviews with our two winners soon. Until then: CONGRATULATIONS to the champions!