Due to the ever-changing weather this week at Copper Mountain, the Ladies’ Modified Superpipe was rescheduled two days in a row. On day three, with the storm finally easing up and the Dew Tour staff working around the clock to clear out more than a meter of new snow, we were able to have a contest. With bluebird conditions, minimal wind, and three attempts to put one solid run down, it was go time in the Modified Superpipe. 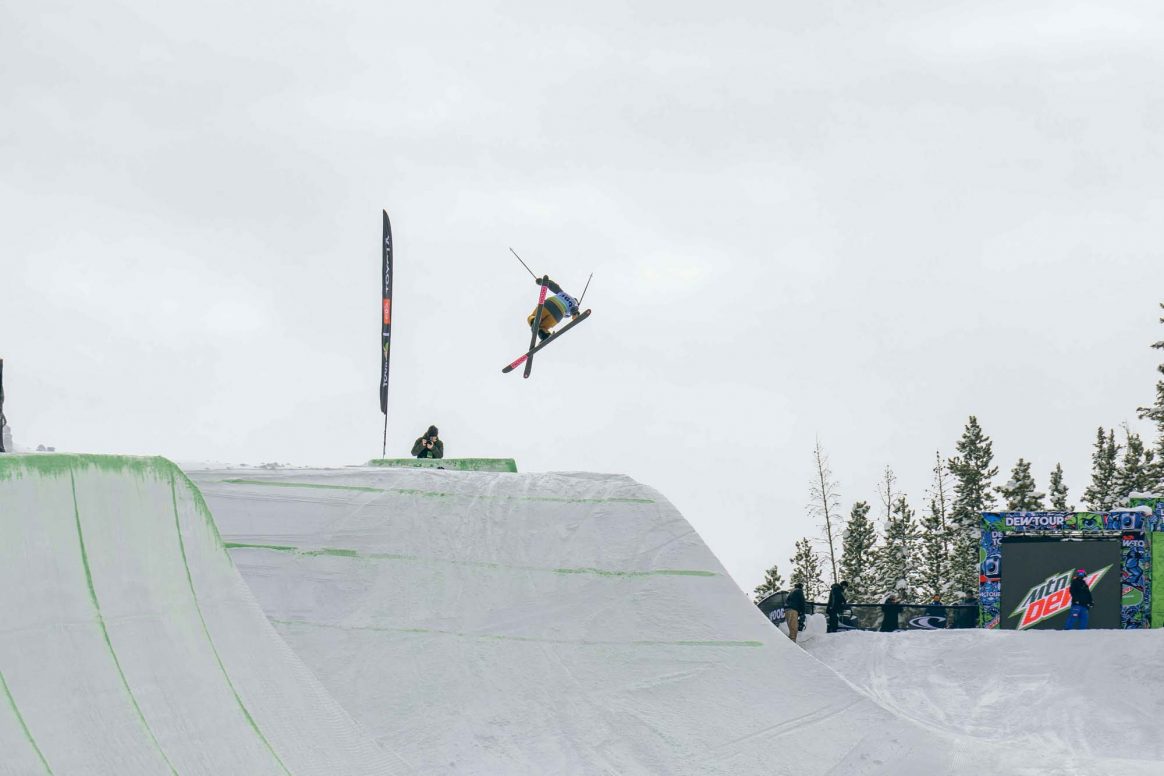 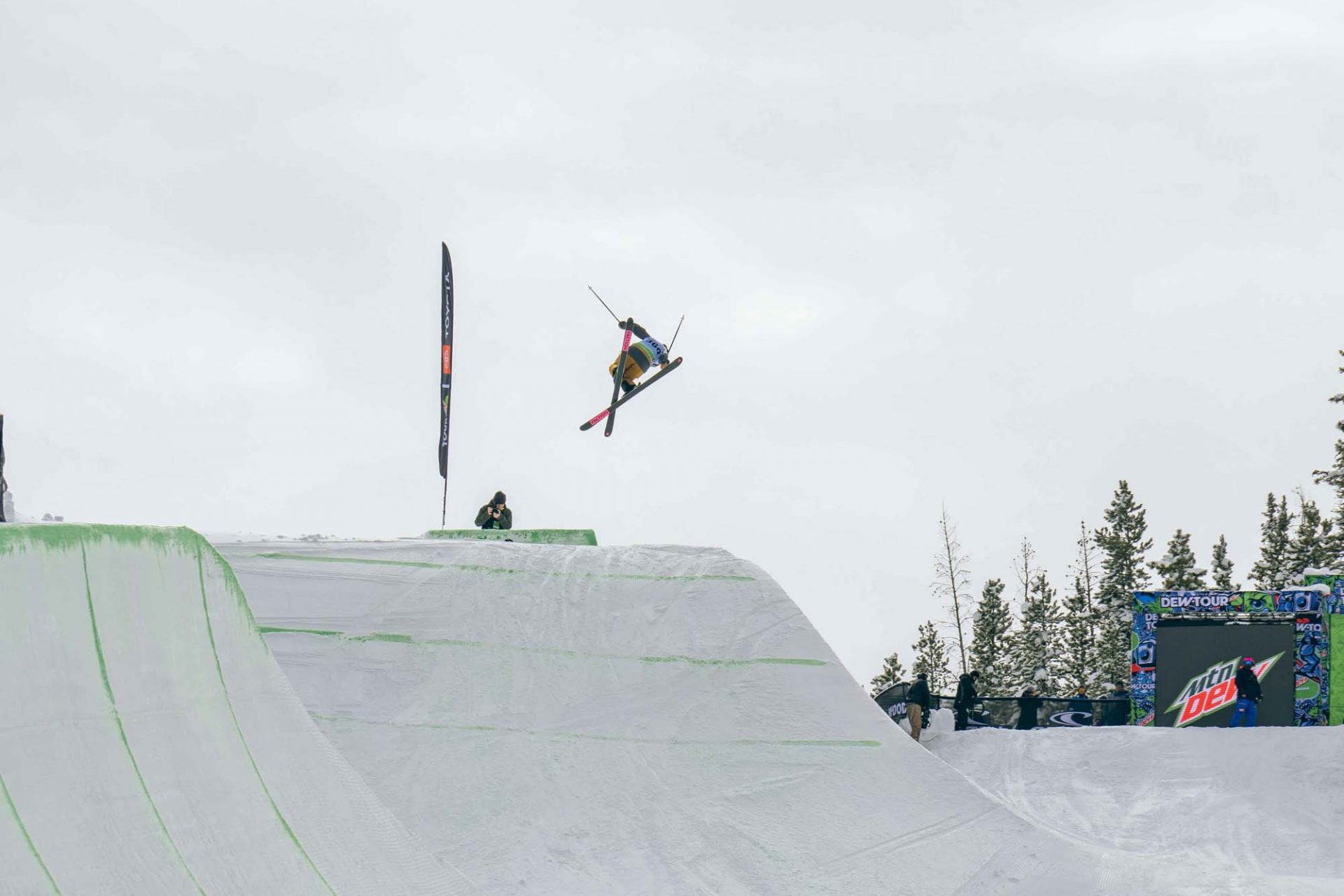 After multiple delays, a break in the storm finally allowed the women to take on the modified pipe. Devin Logan sends the second hit.

Abigail Hansen started out strong in the first run with a big alley-oop 270 mute grab into a left 720 safety, followed by back to back switch 540’s. This put her in first place, at least until Cassie Sharpe dropped in. On her first run, Cassie shot up to the first-place position with a run featuring a rightside flair into a 270 off the hip, then styled out her pipe run with a massive slash and a straight air mute grab followed by a right-side 900 into a left cork 1080. This gave Cassie a solid first-run score of 85.00. 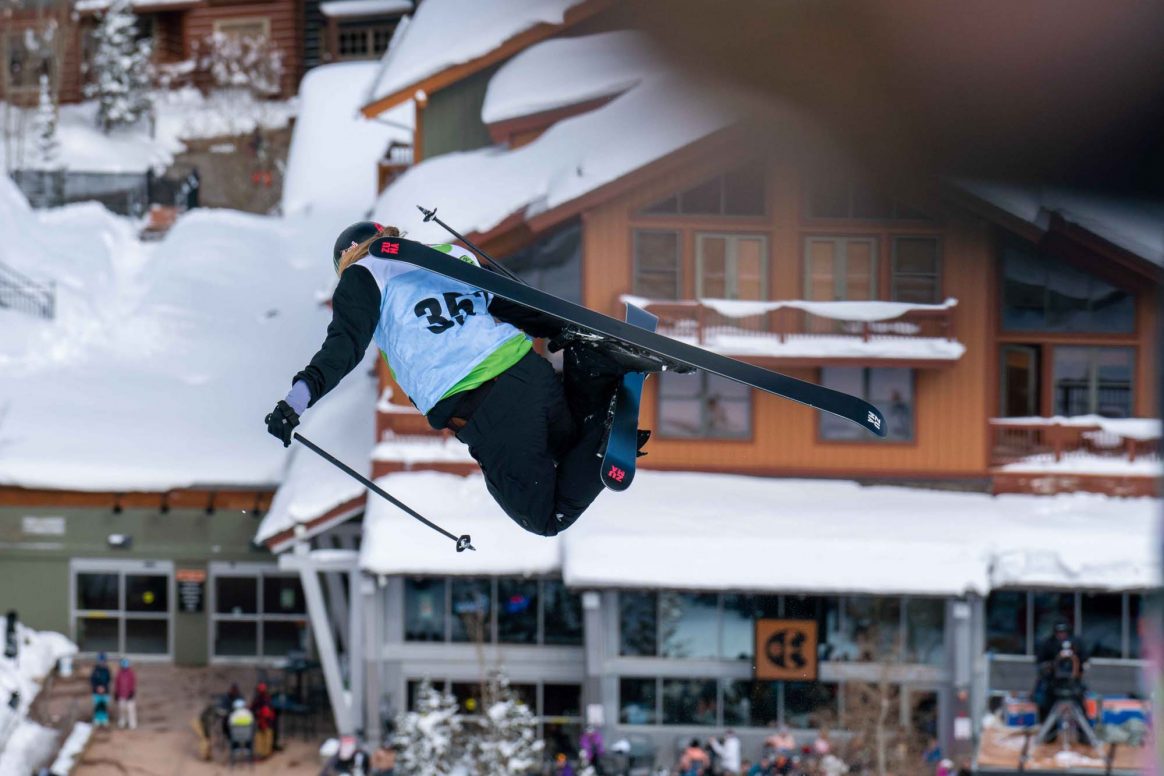 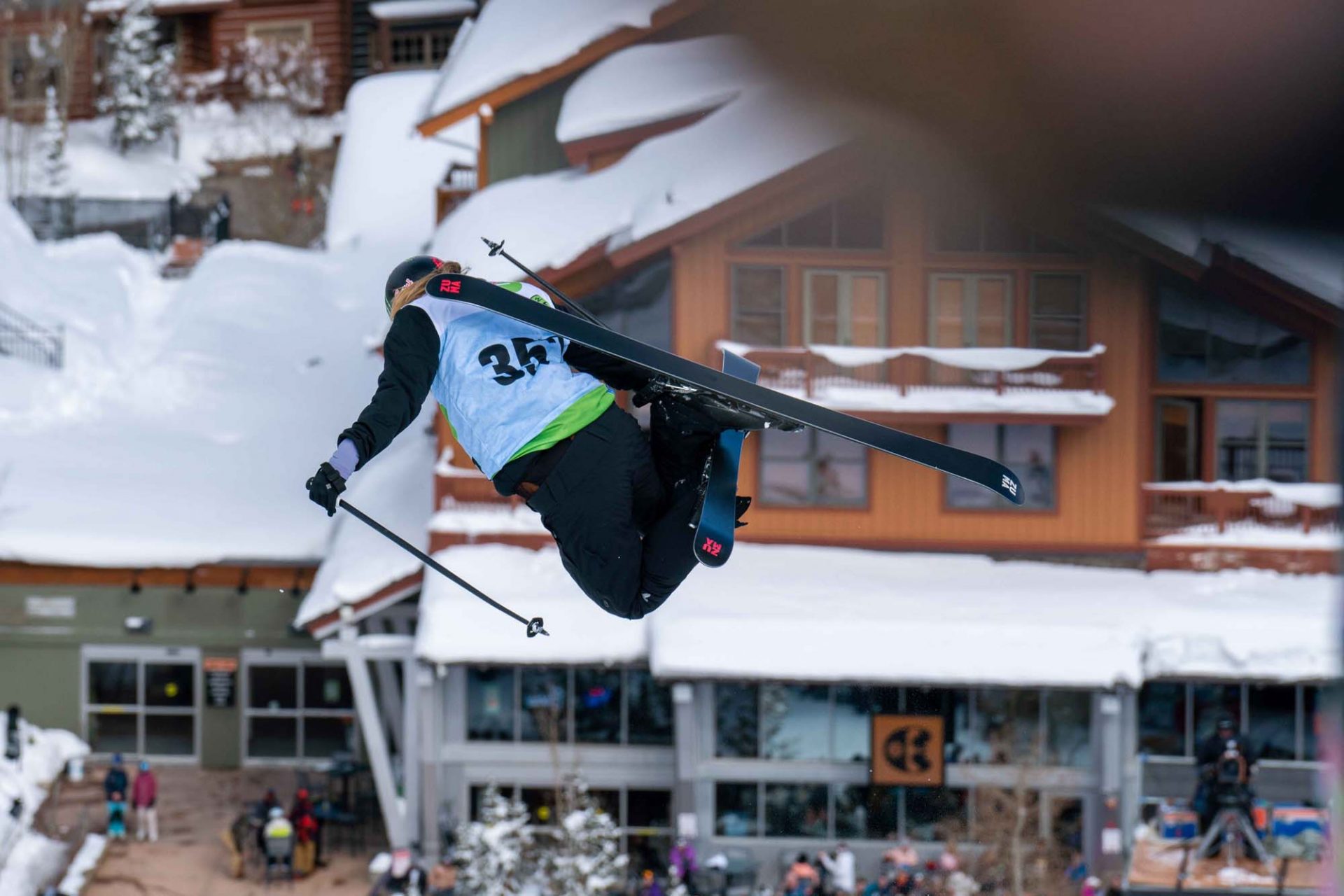 Cassie keeps it clean with a straight air mute.

Next to drop was the returning champion Rachael Karker, who also landed a solid run which included a left flair into a massive alley-oop 270 safety on the hip, into a back-to-back cork 900 combo. She finished her run with a big left side cork 720 for a score of 80.33, and moved into second place. 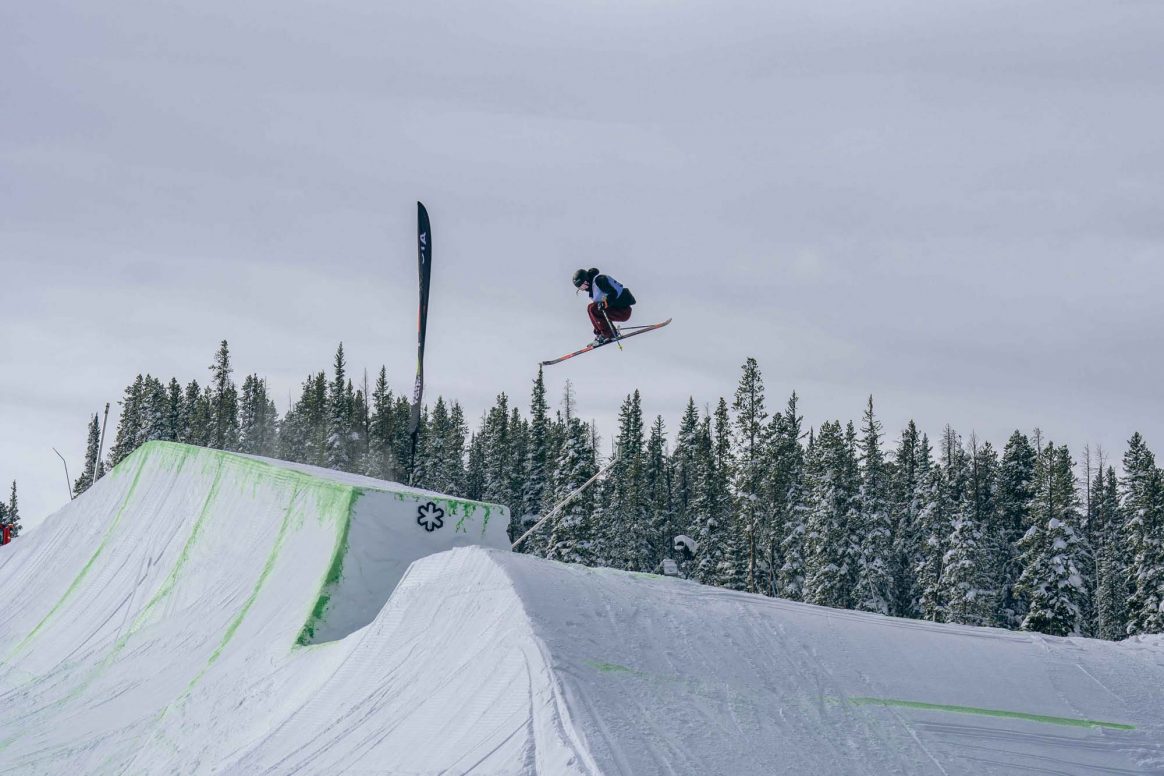 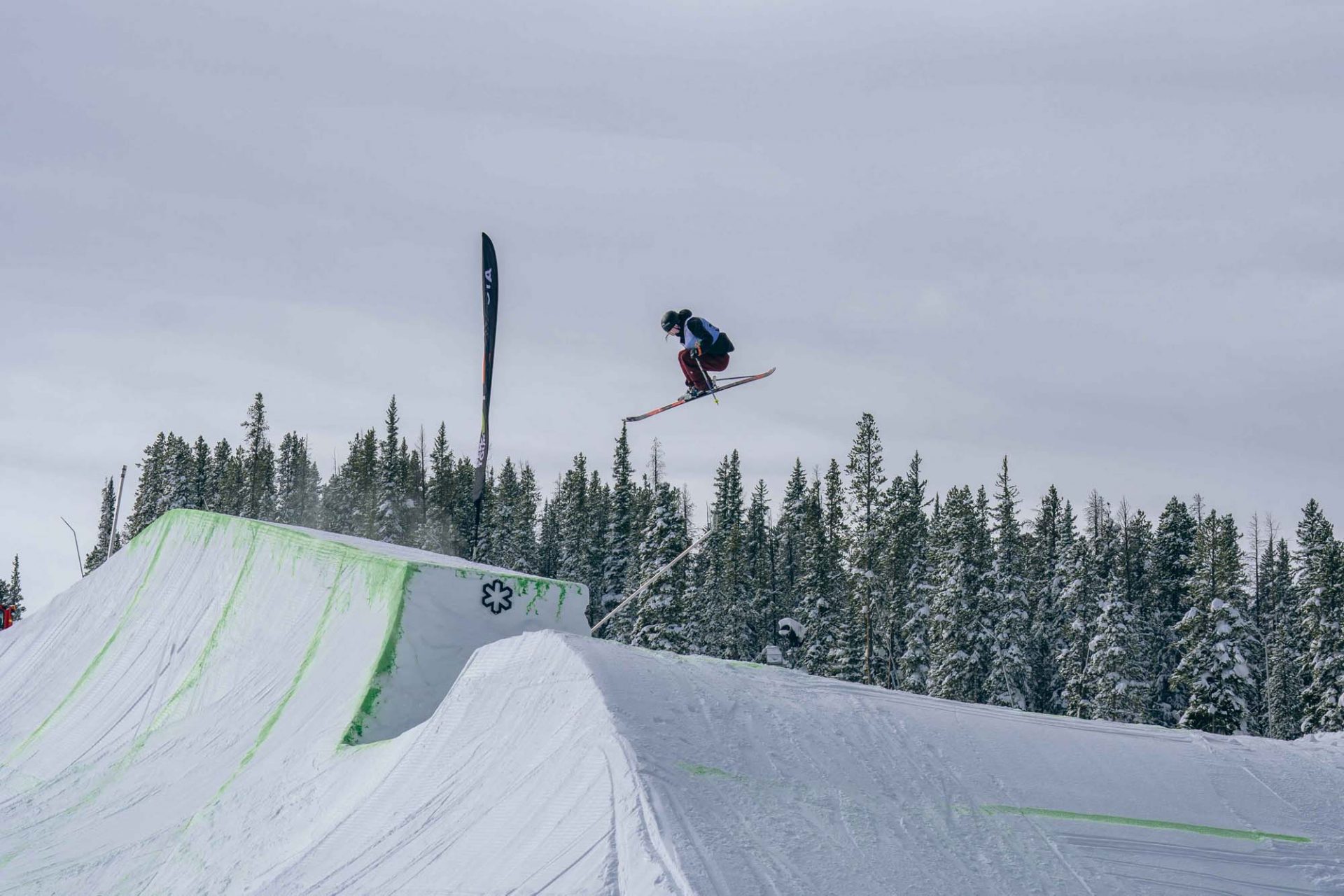 Rachael large and in charge on the hip. 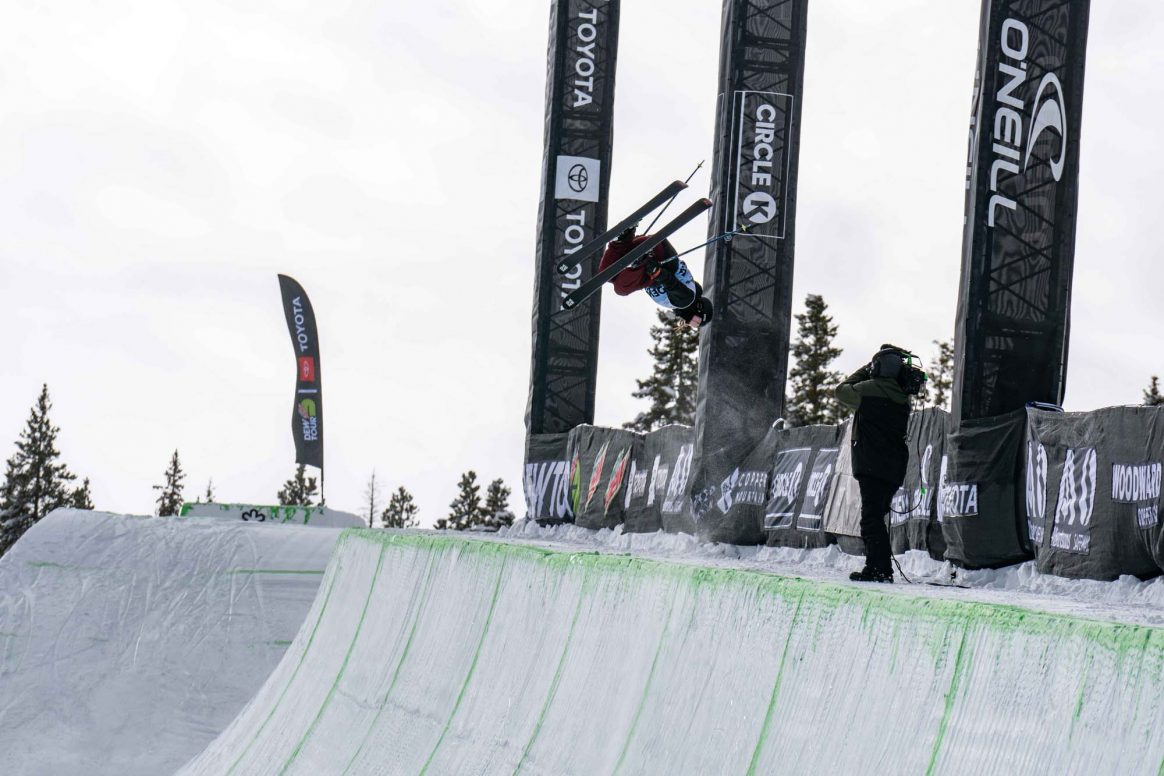 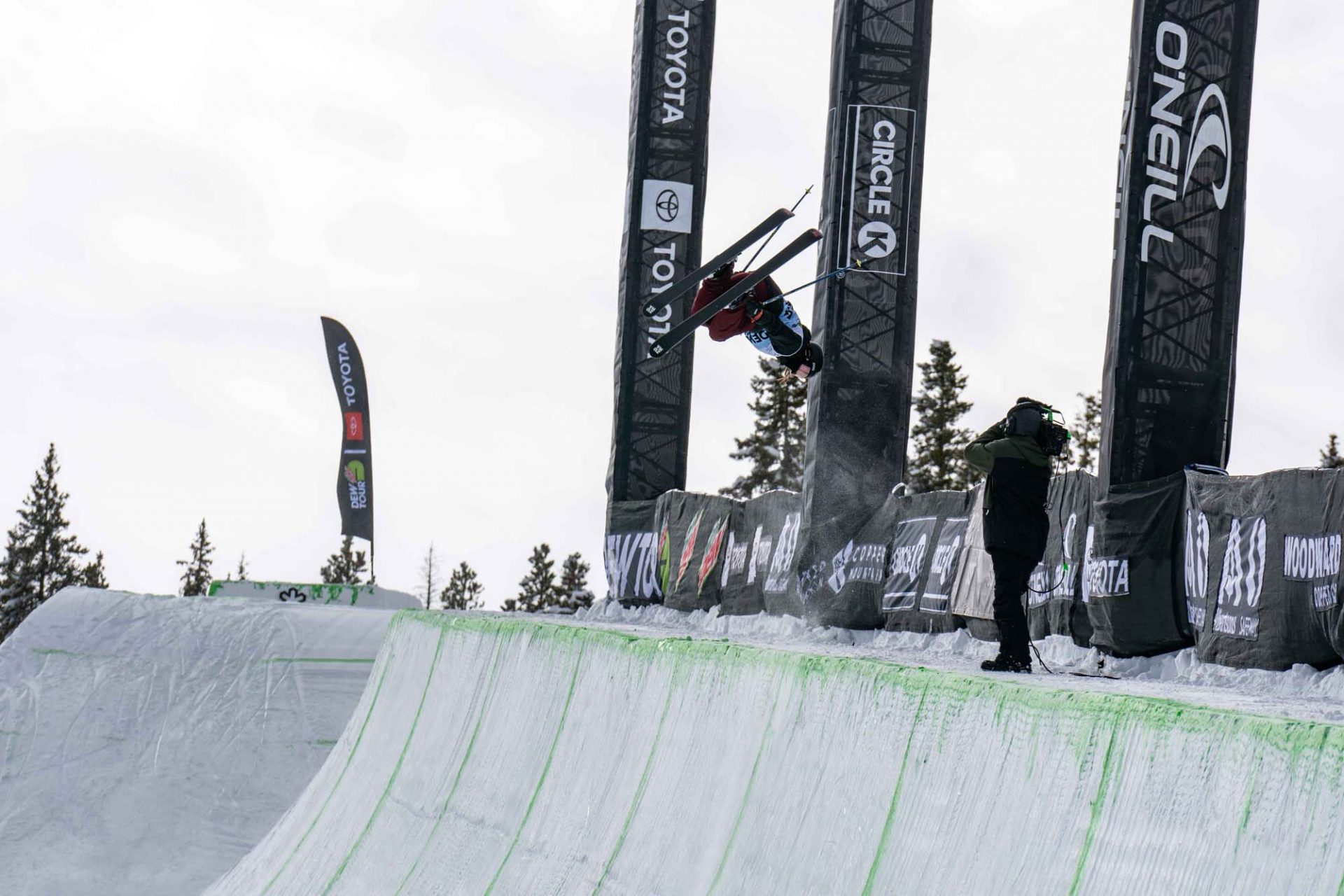 Rachael's got clean cork 900s to both sides. Now about those grabs...

On the second run, Abigail Hansen improved her score to 76.66 by cleaning up a few bobbles from her first run. One of the top contenders, Brita Sigourney was able to land a run with some of the biggest amplitude seen throughout the entire day, but unfortunately had some trouble with the hip landing and had to revert before dropping into the pipe. This put her in fourth place with a score of 72. Cassie Sharpe’s second run was looking even better than her first, until she slightly under-rotated her final cork 1080, catching her edge and slamming hard on the pipe wall. Thankfully she was able to get up from her crash, but decided to not take her third run. 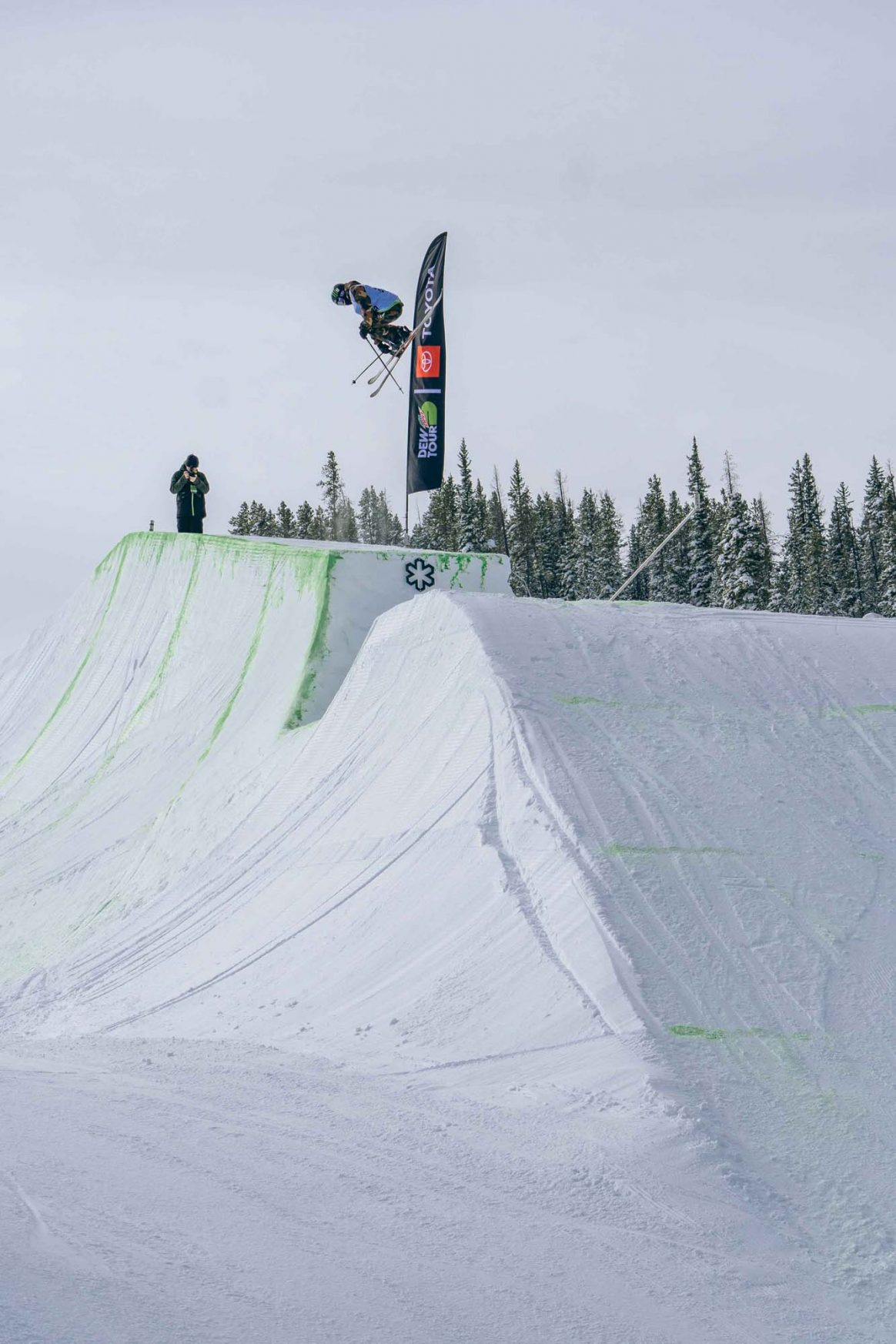 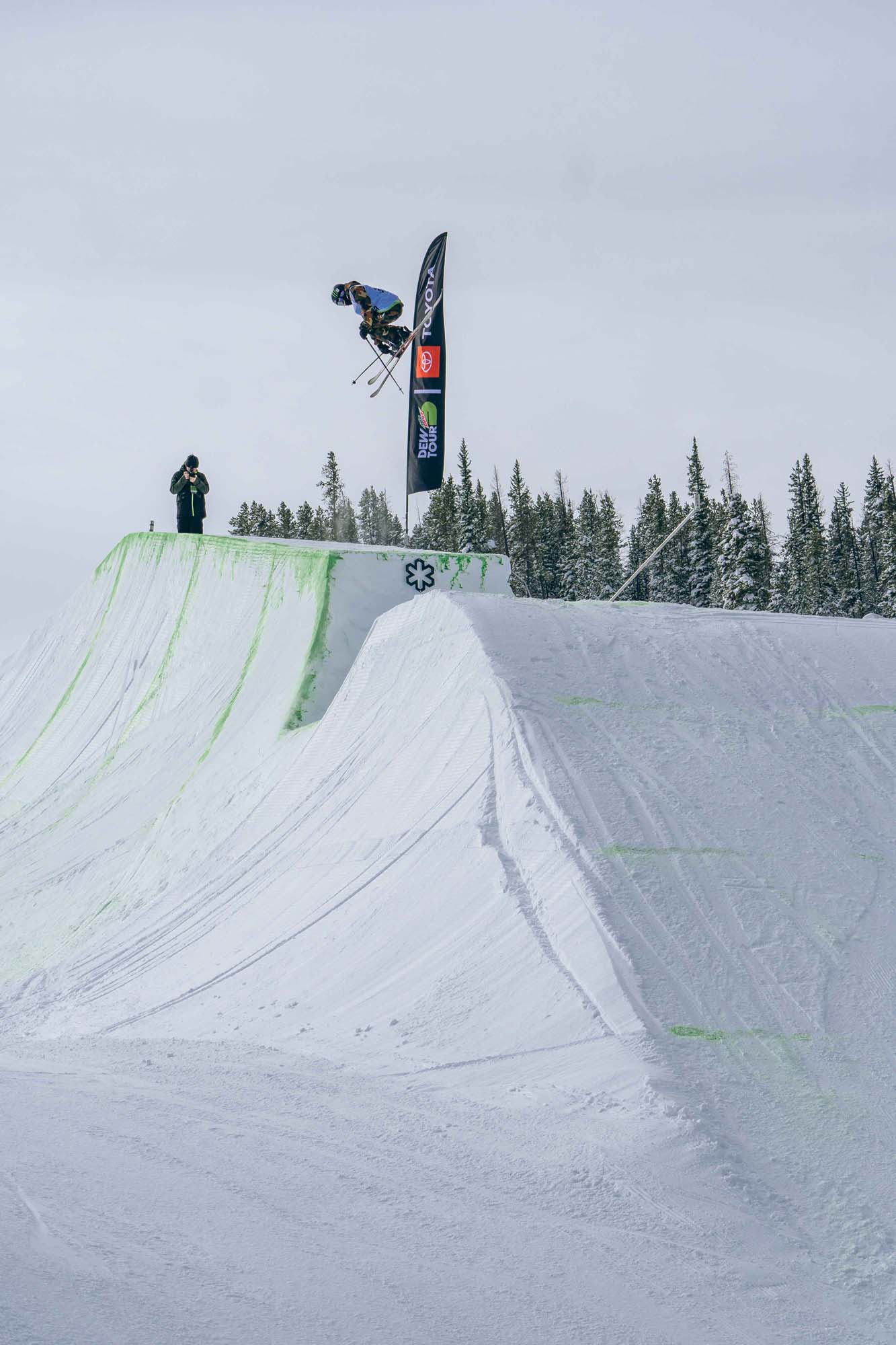 On the third run, it was Dew Tour rookie Zoe Atkin who shook up the podium. After struggling on her first two runs, she was able to keep her calm and ride away from a run with a alley-oop 360 on the quarterpipe, switch 270 on the hip, and a combo of a left 720 tail grab, switch right 540, into a massive switch left 540 mute grab. This placed Zoe in third place with a score of 80.00, where she would finish for the event. “I’m really excited about it, and it was fun really fun to ski a modified pipe for the first time,” Zoe said after the contest. 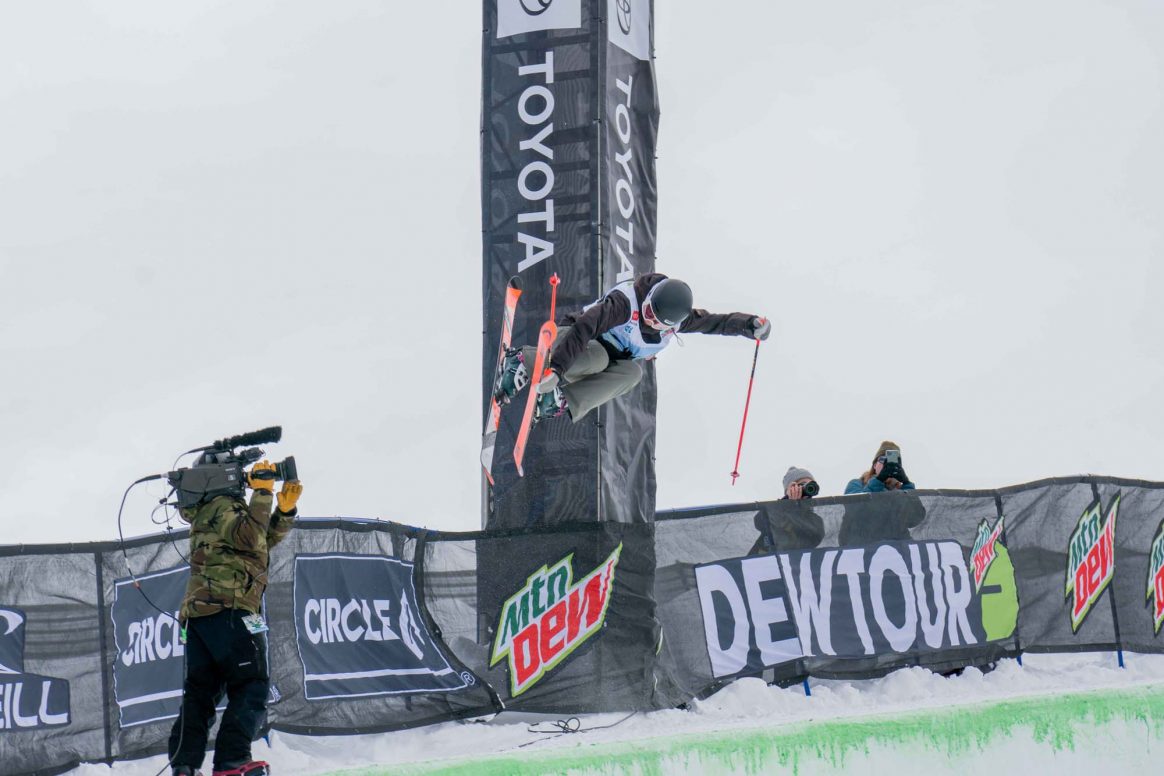 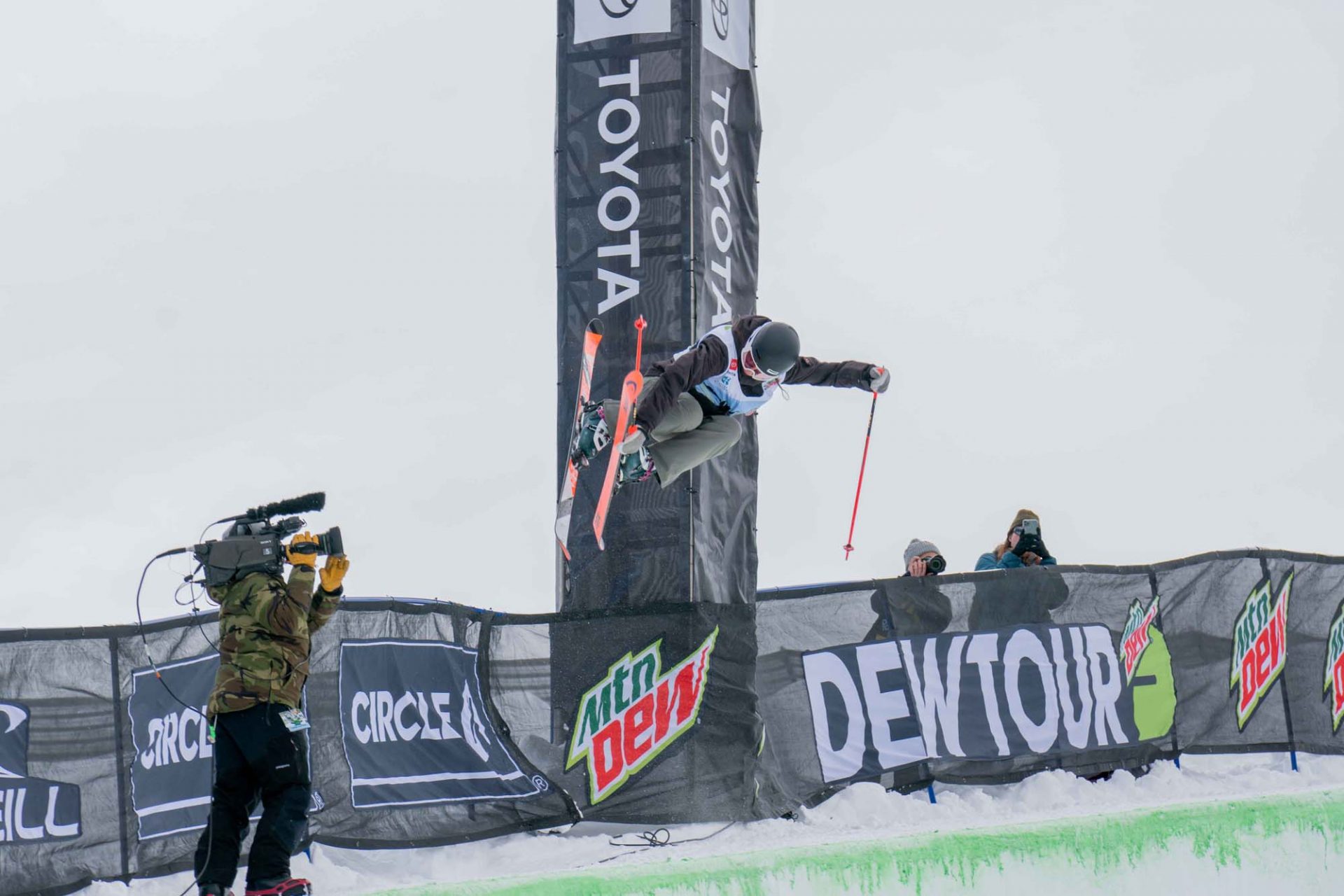 Zoe gets some solid amplitude on her switch 5 mute.

With Cassie opting out of her last run, the only one able to dethrone her was her Canadian teammate Rachael Karker. Giving it her all and trying to improve her amplitude, Rachael did up her score, but unfortunately it wasn’t enough to take the top spot. When asked how she felt about the day, Rachael said, “I’m super happy about today and always stoked to share the podium with Cassie.”

With this win, Cassie Sharpe is back on top of the podium at Dew Tour for the first time 2017. Although the conditions at the start of the week weren’t ideal, Cassie said, “I’m really happy with today after training in a lot of snow and having our contest pushed over and over again. I had so much fun, and I’m very happy my first run held the top spot.” 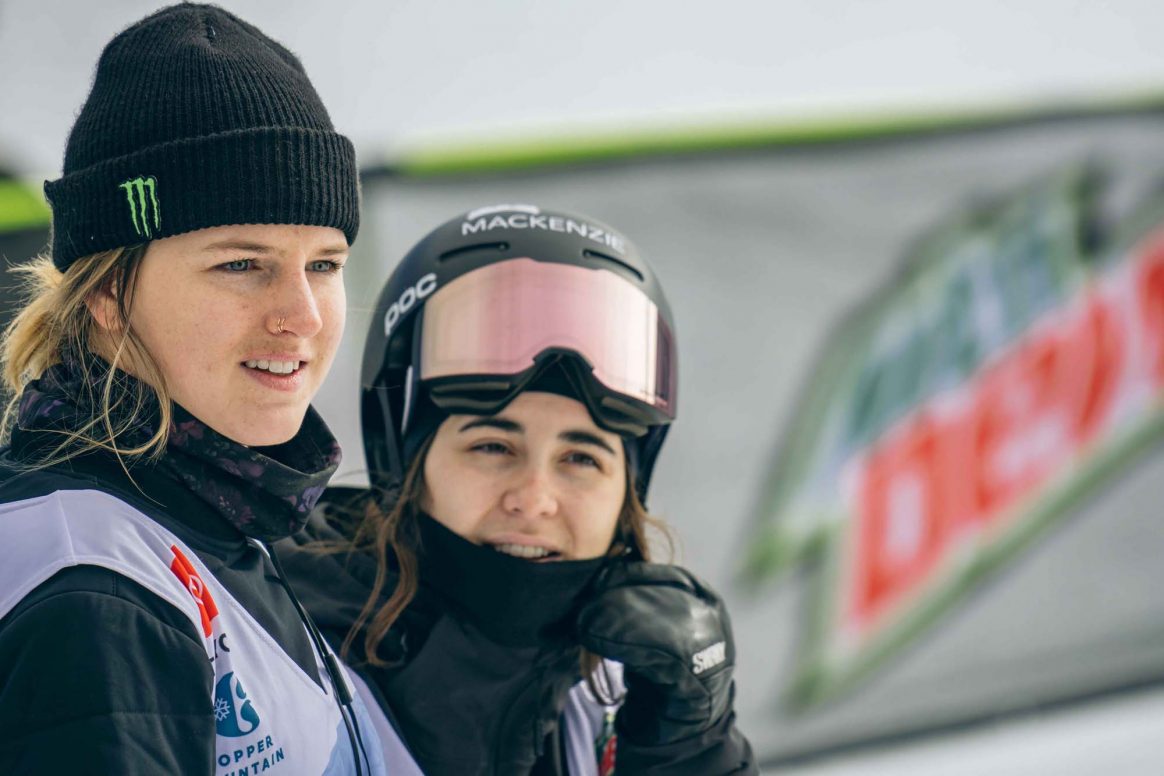 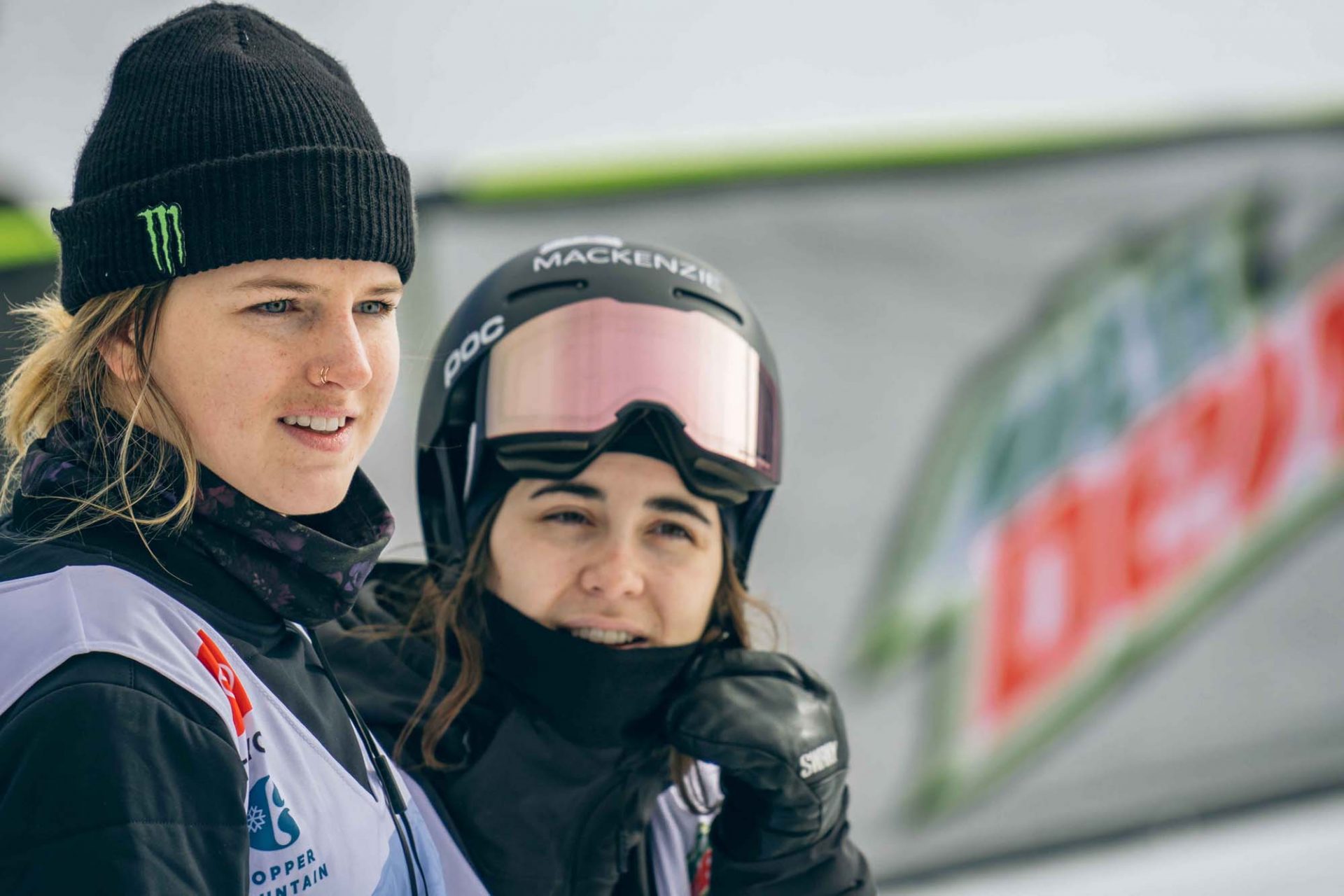 Cassie & Rachael held it down for Canada. 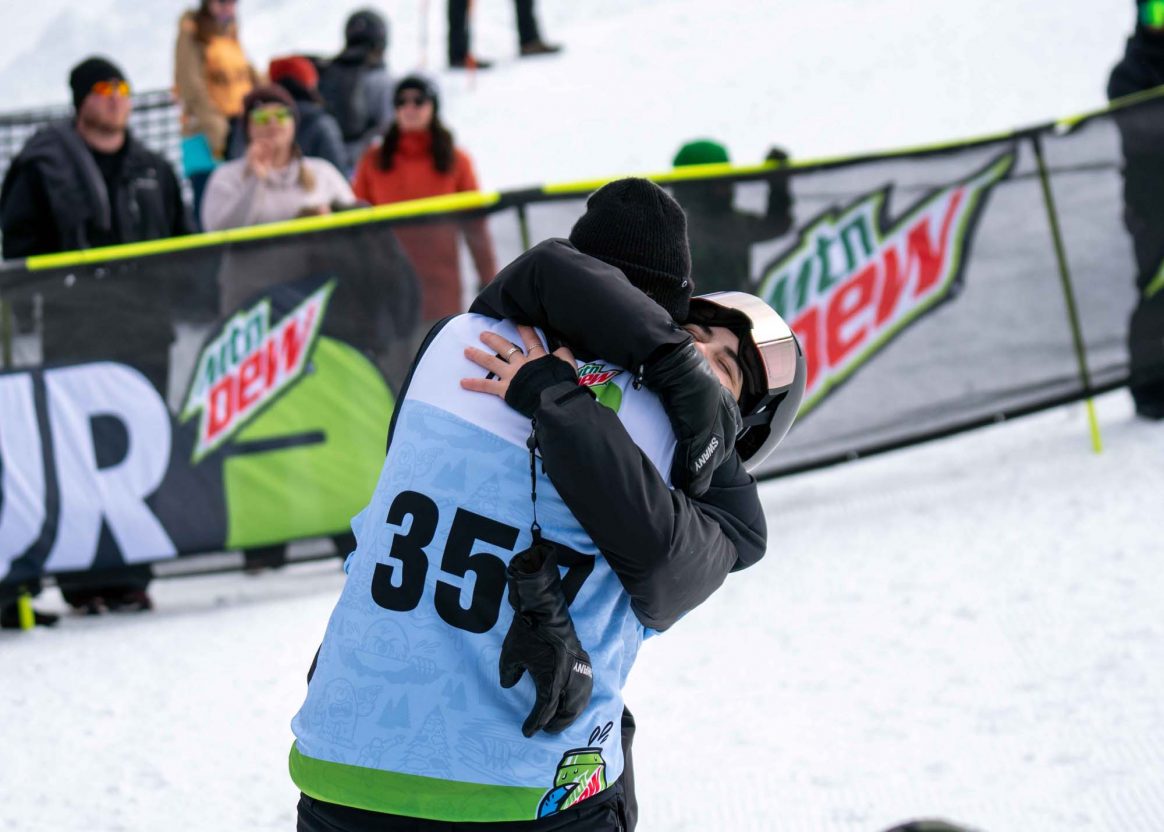 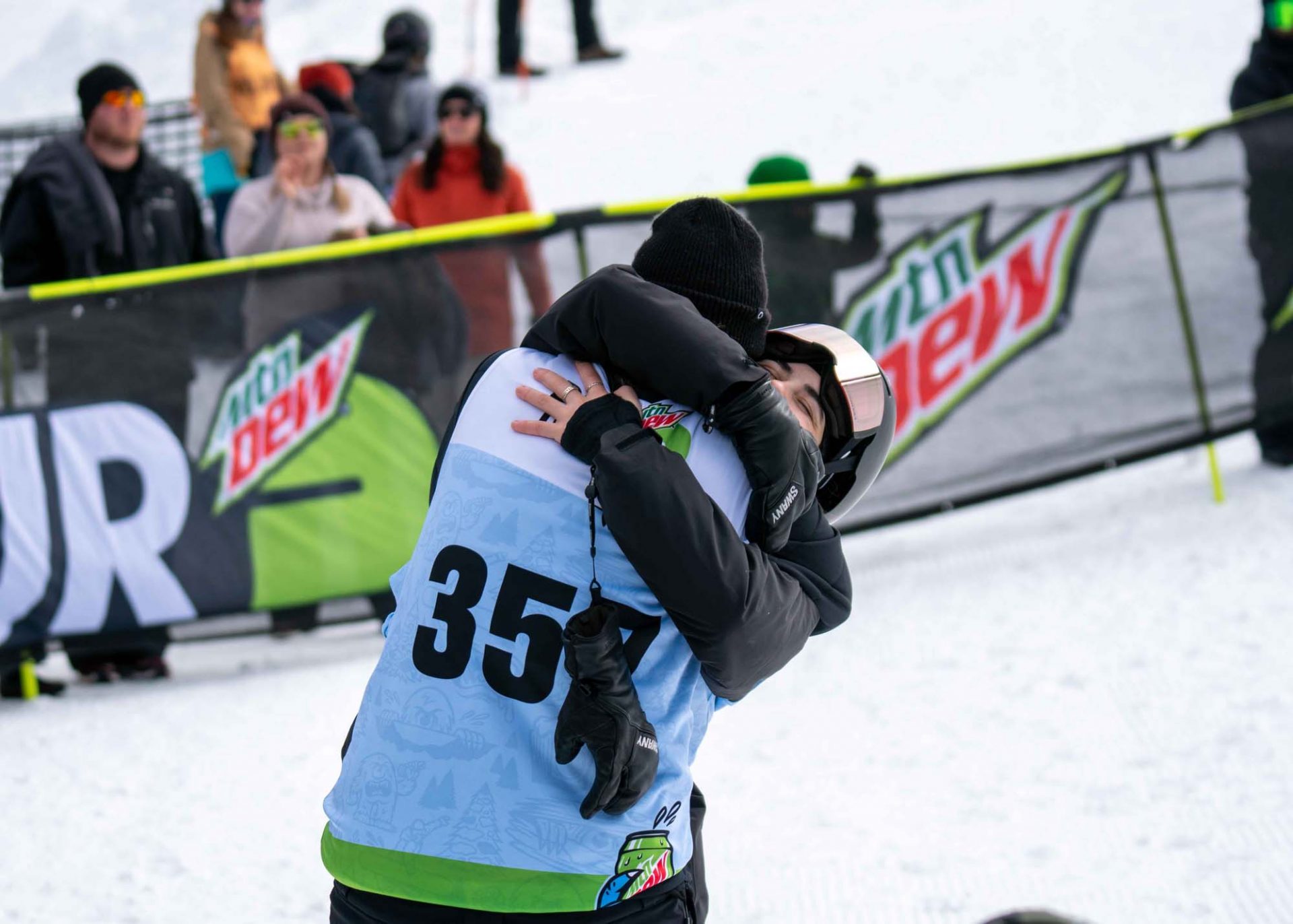 The girls celebrate their victory.

Adventures in Transition presents Stick to your Guns Teaser!

Adventures in Transition presents Stick to your Guns Teaser!