Eileen caps blunt on her way to the gold. Photo: Matt Morning/ESPN Images

Gu, a San Francisco native who became a naturalized Chinese citizen in 2019, stole the show with strong riding throughout the night. Opening her runs with big, clean back-to-back cork 900s with grabs, Gu followed up with switch 720s and impressive alley-oop flatspin 540 mutes to ski to a clear victory. 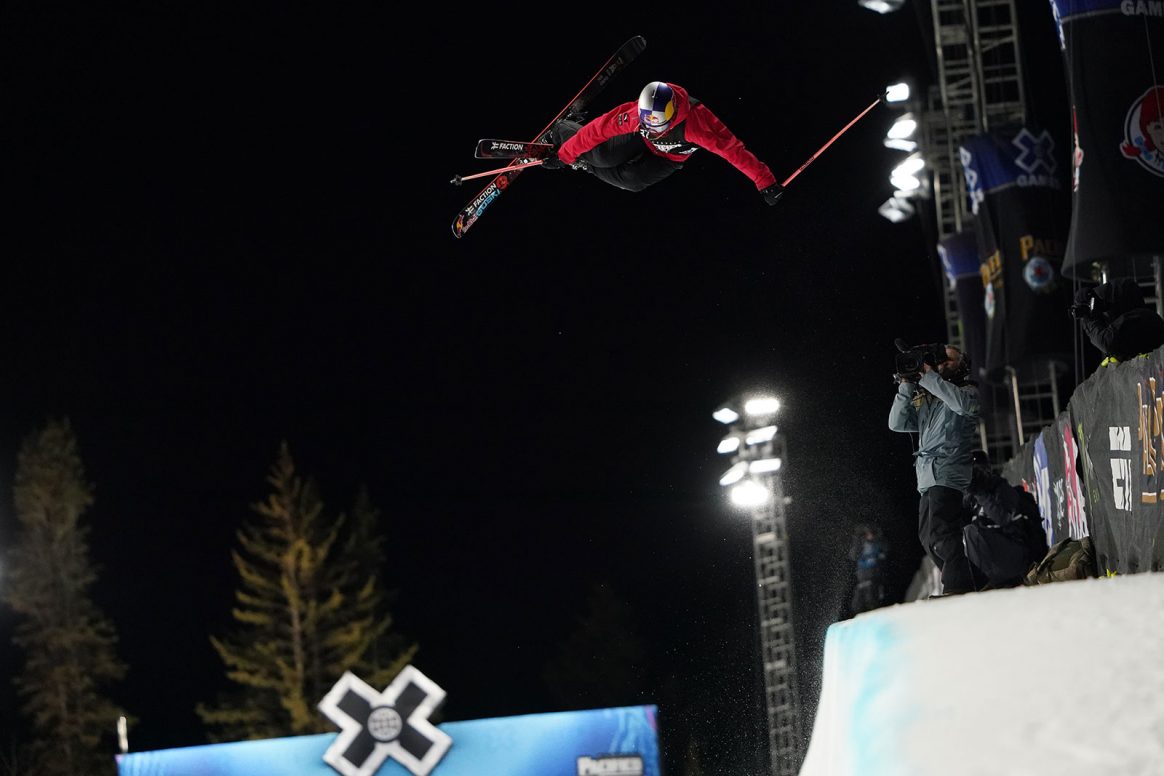 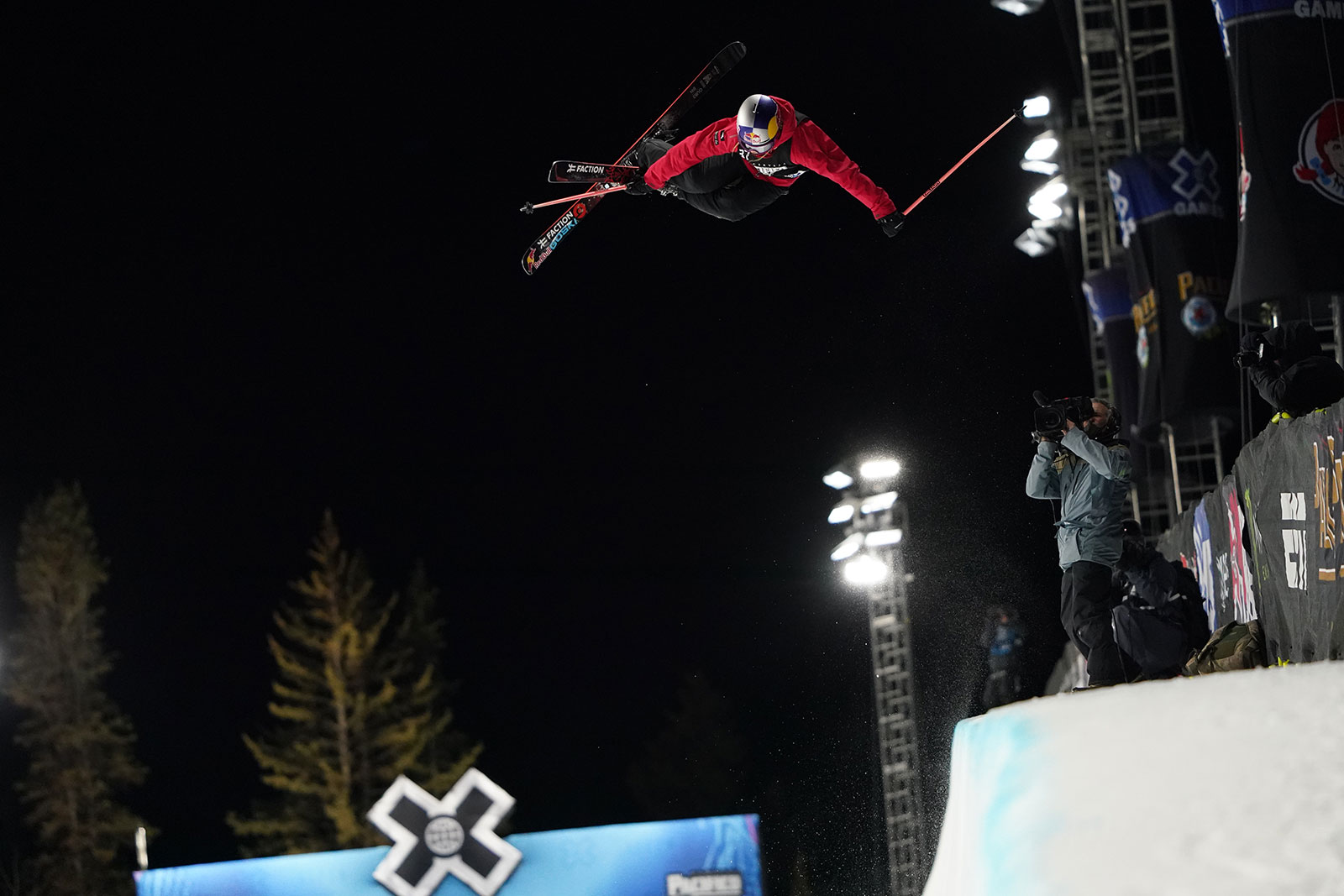 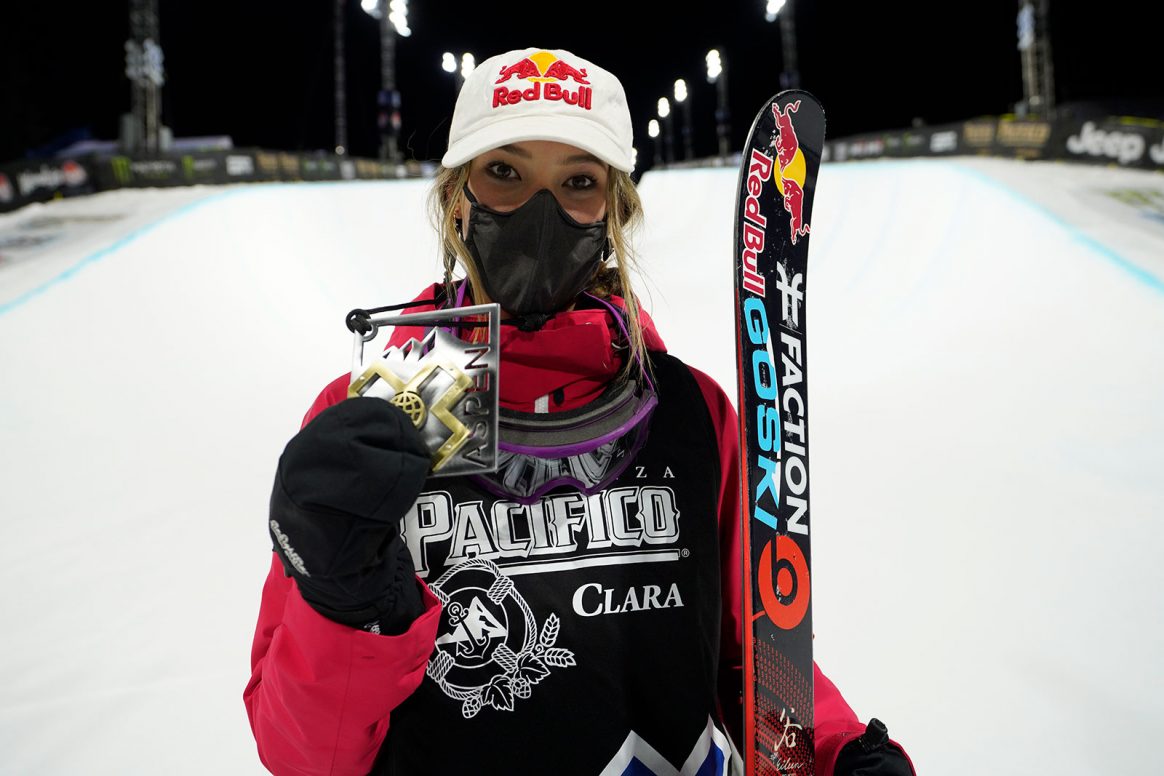 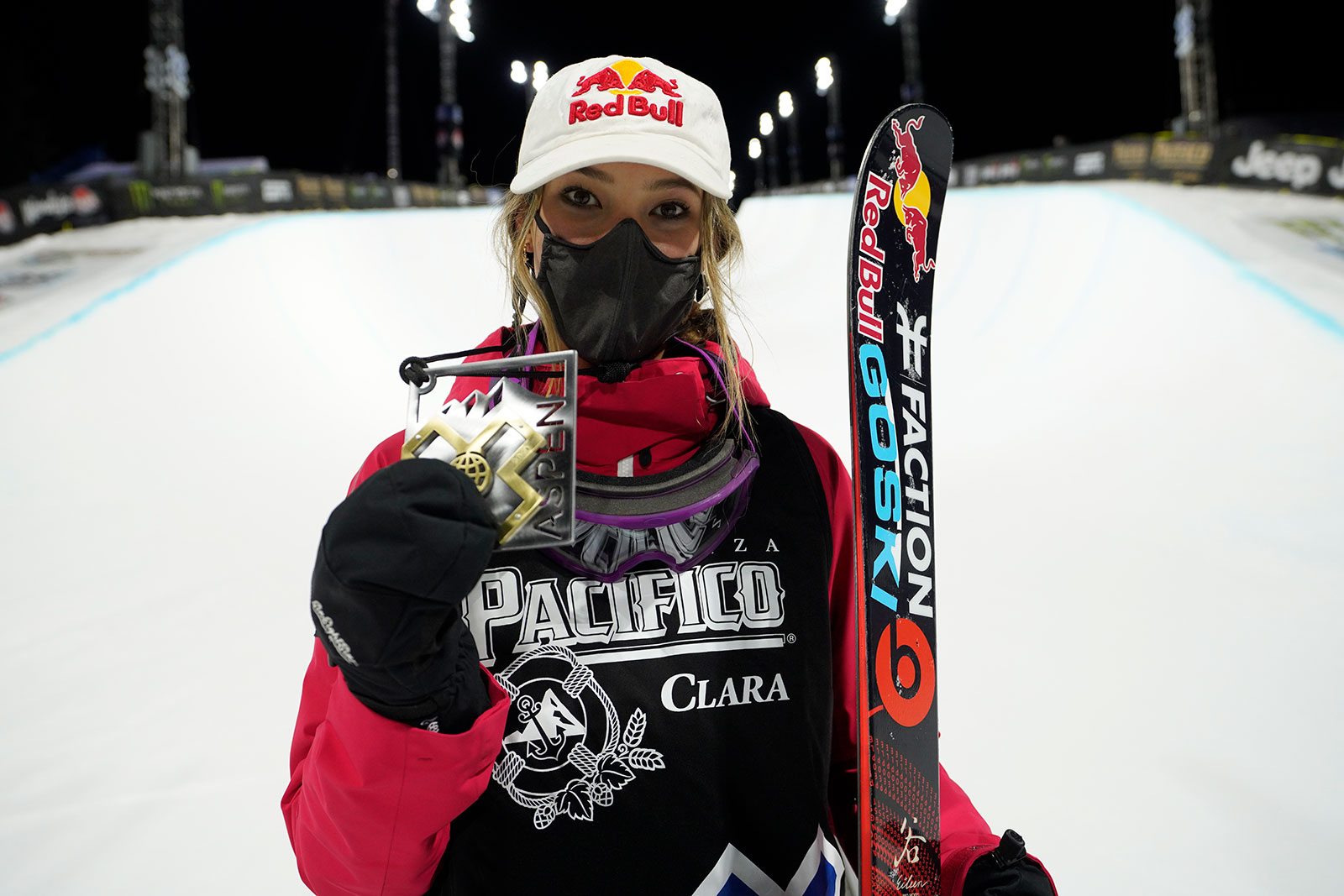 A gold medal's not a bad way to kick off your X Games debut. Photo: Matt Morning/ESPN Images

Canadian halfpipe queen Cassie Sharpe took second place behind Gu. Sharpe debuted her brand-new cork 1260 tail on her second run, but it wasn’t enough for judges to bump her into the top spot. Going for the 12 again on her next run, Sharpe took a jarring crash and had to be taken down on a sled with a possible knee injury.

Rachael Karker skied to third place with the help of her own back-to-back cork 900s and a lofty flair mute, rounded out by a cork 720 into a switch 540. 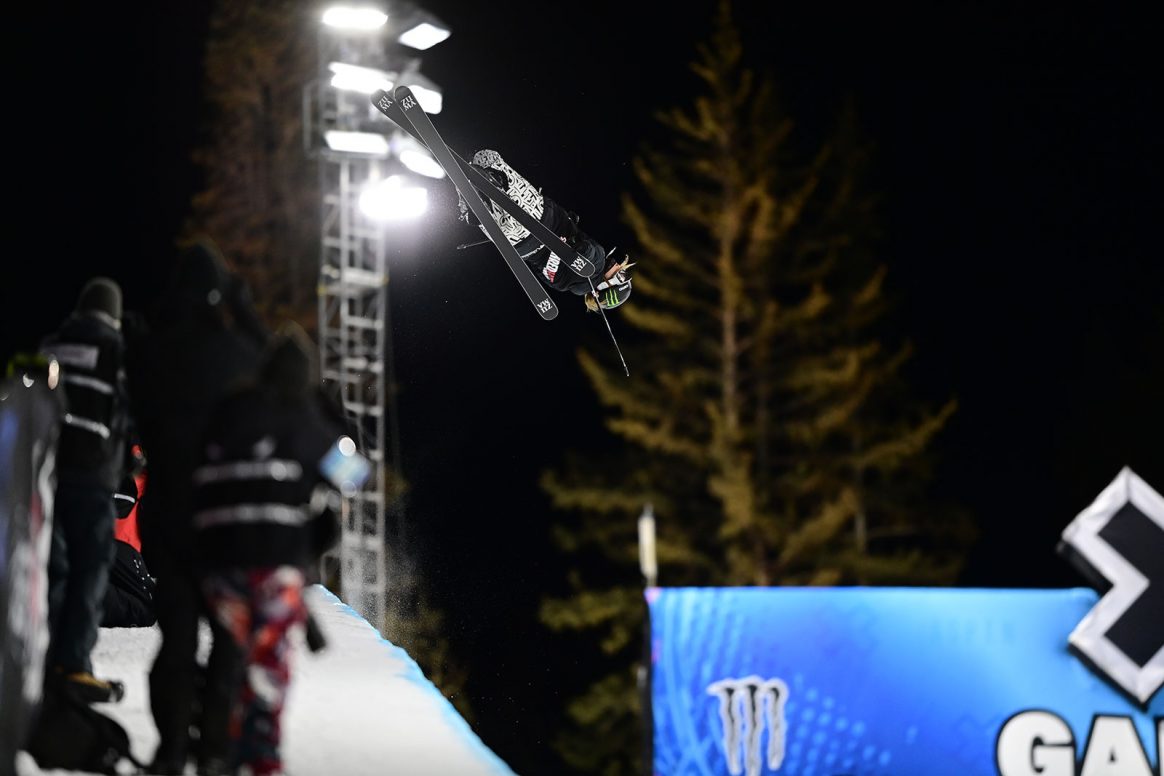 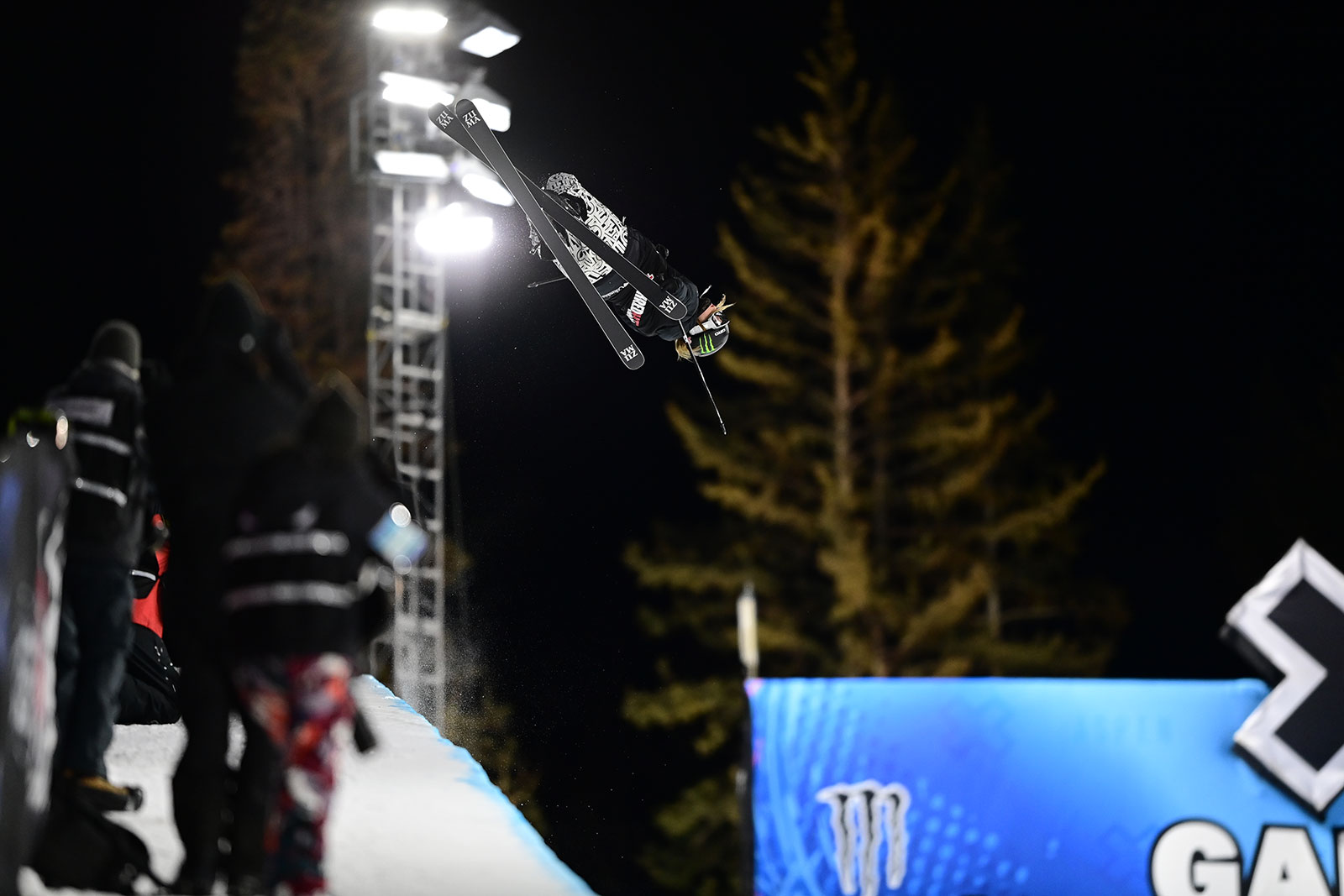 Cassie Sharpe's 1260 was the highlight trick of the night. Photo: Matt Morning/ESPN Images 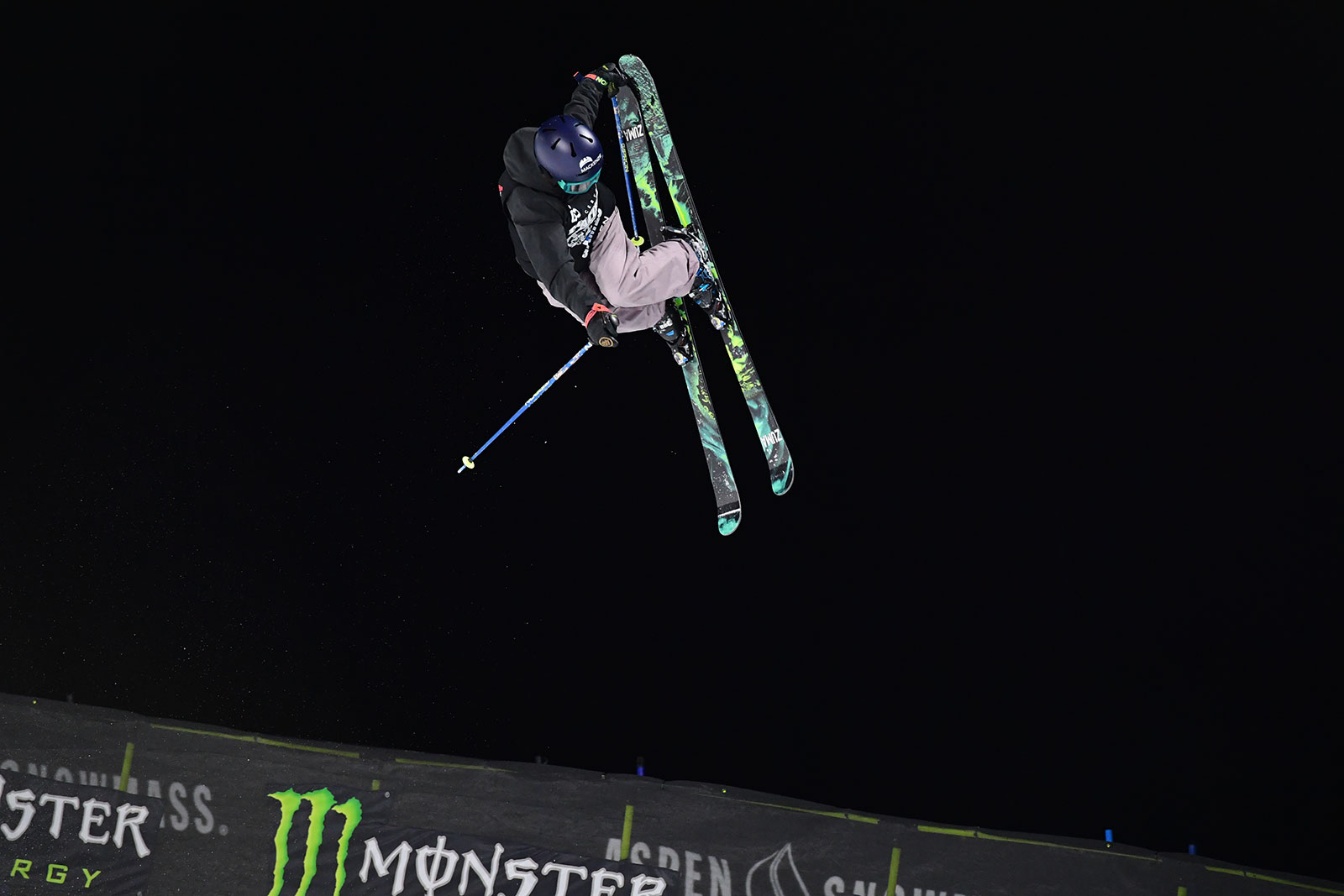 Zoe Atkin narrowly missed the podium in fourth place. Atkin showed some of the night’s best versatility, mixing up her runs with spins in all directions and consistent grabs on her tricks. With just a bit more amplitude, she’ll certainly be a podium bet in future contests. 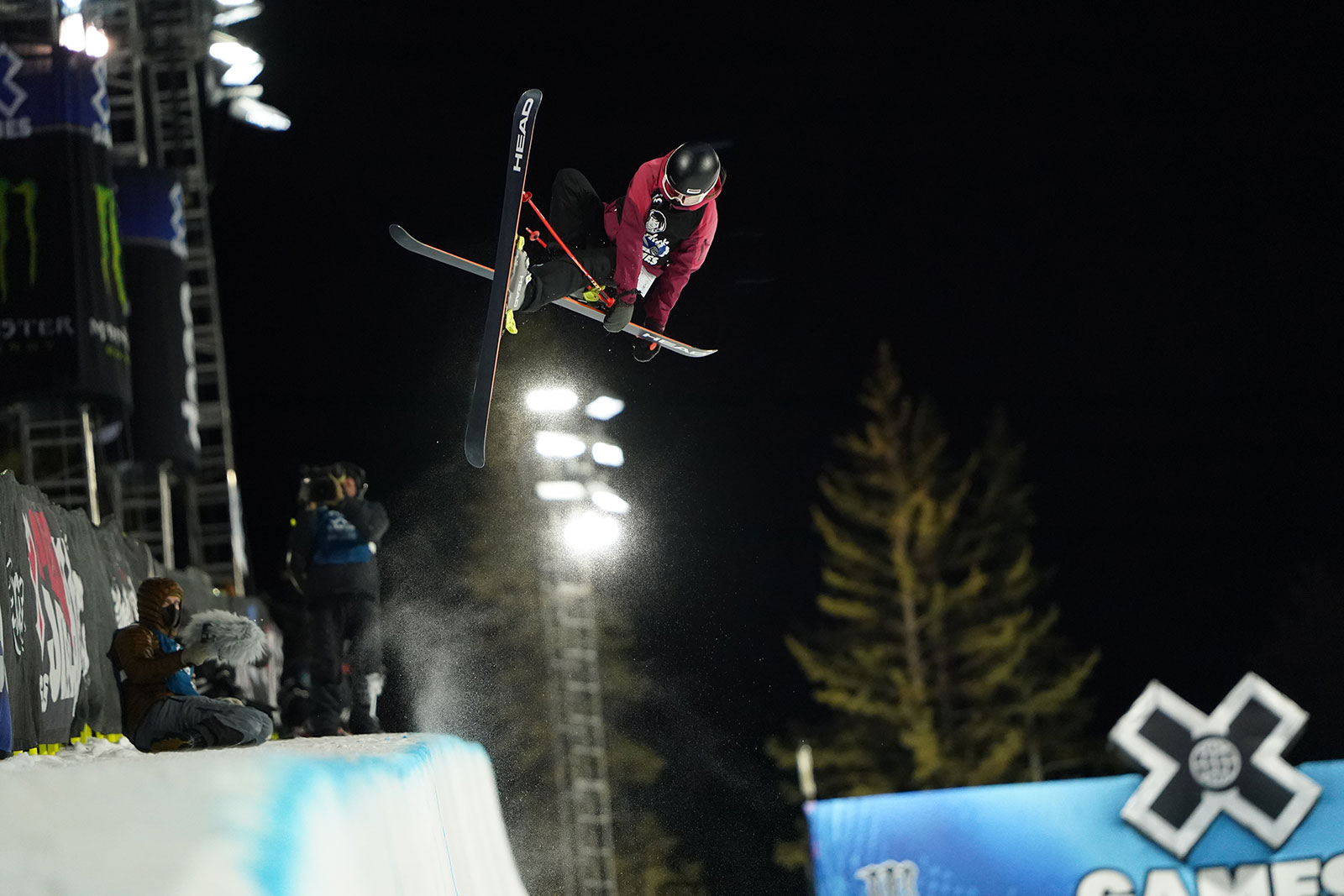 All in all, it was a slightly underwhelming evening in the X Games halfpipe. Last year’s winner Kelly Sildaru was out with an injury, and it would have been exciting to see her face off against Gu. The leaderboard stayed locked in after the first run, with no changes to the podium throughout four runs—not exactly a nail-biting ending.

Last but not least, the X Games has apparently decided to tweak their new “jam session” contest format—which we roundly criticized last year—AND MAKE IT EVEN WORSE. The Games have taken a step back from their opaque “overall impression” judging system, returning to a “best run wins” format for the halfpipe. However, they neglected to add the most important element—A SCORE—leaving riders, as before, with a judging system completely lacking in transparency.

Look, I get it: as any judge will tell you, numbered scores in freeskiing competition have, in the past, only thinly disguised a ranked judging system anyways. In other words, the score isn’t important—the ranking is. However, making rankings without an accompanying score seems to be the worst possible solution. When a score is involved, viewers and competitors alike have a more clear understanding of what’s taking place. How close is second place to first place? What does a competitor need to do to improve her run and improve her standing? What justifies the ranking? Of all organizations, FIS has actually done a good job of establishing a sensible scoring system for slopestyle, with judging panels delivering feature-by-feature scores. The X Games would be wise to follow suit.

The “jam session” concept might have been a good idea on paper: letting athletes get more creative in their runs, mixing things up a bit. But it’s not worth it to run a contest without a clear and transparent judging system. Now, by returning to a “best run wins” format but still leaving scored judging out, they’ve gone and made things even worse. And at least in my opinion, they’ve shown the true purpose of the format changes: they aren’t to encourage variety and creativity, but to speed up the contest by cutting the time needed for judges to issue scores, keeping the runs coming fast so as not to lose the interest of TV viewers. A word of advice to the X Games: if you don’t want to take the time to adequately judge your contest, perhaps you shouldn’t be running the contest in the first place.

This isn’t to say that the final ranking was wrong—I don’t think it was. I’m simply asking these contests to give these riders the respect they deserve, and take the time and effort to use a judging system that makes sense for riders and spectators, rather than prioritizing TV attention spans. Is that too much to ask?

B&E Invitational 2016 – Like father and son, Henrik and Candide represent 20 years of freeskiing

B&E Invitational 2016 – Like father and son, Henrik and Candide represent 20 years of freeskiing