Hold on to your seat for the best livestream freeride action of the year. Photo: Mia Knoll/FWT

All aboard the hype train, the 2020 Freeride World Tour is coming to town.

With leaves and temperatures falling and the glacier lifts spinning, winter is getting closer, and with it, the return of our favorite freeride series, the Freeride World Tour. 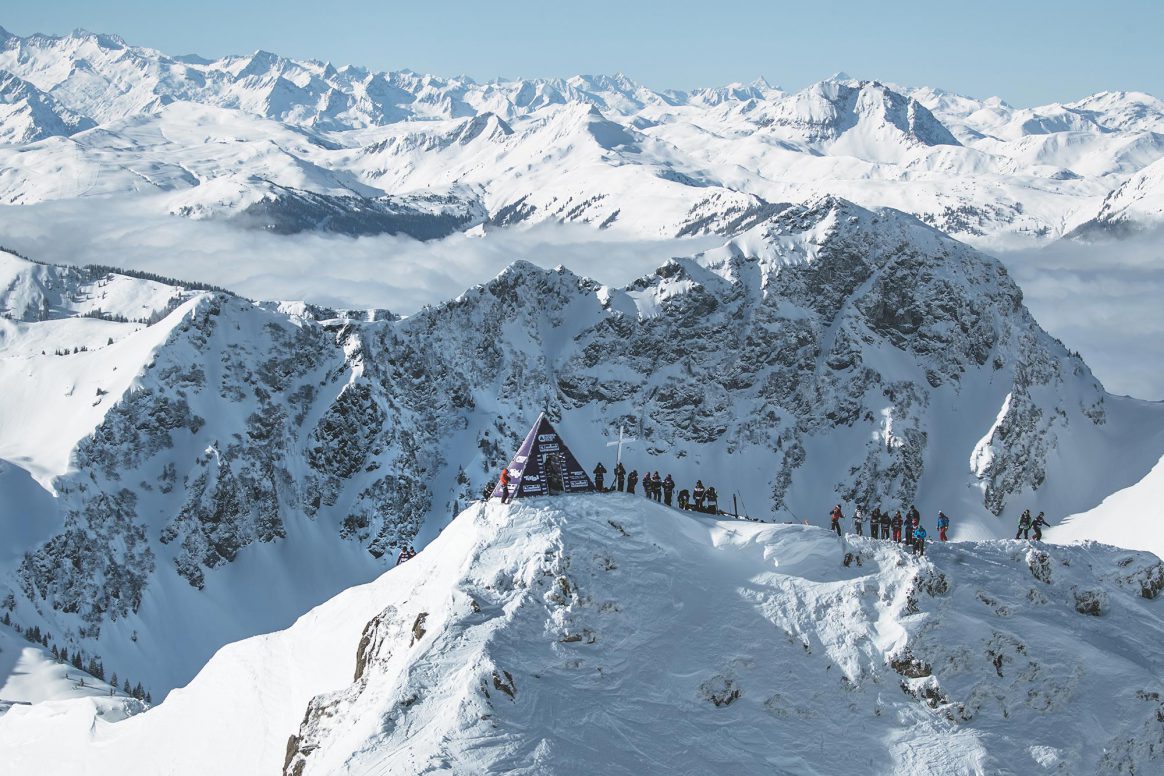 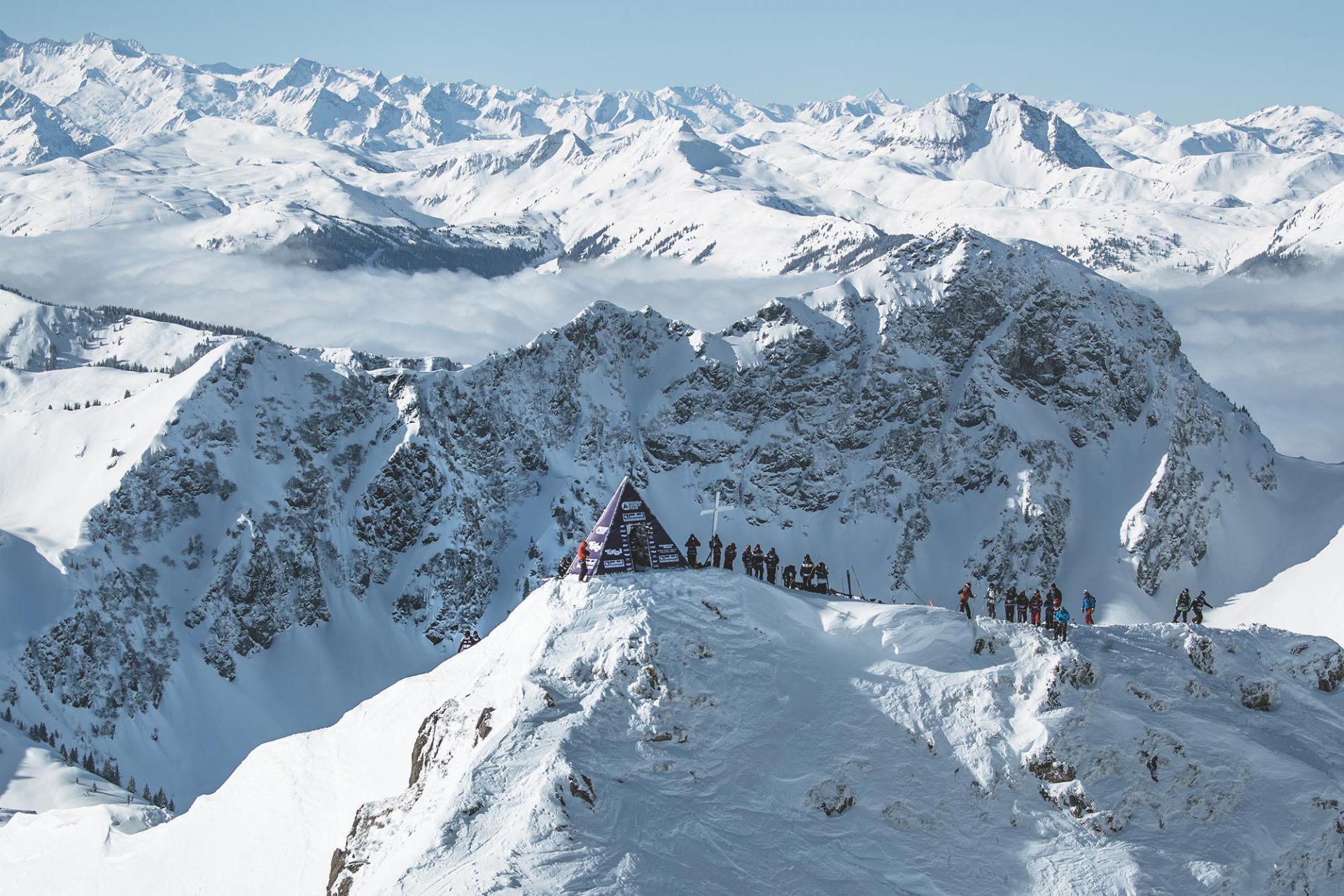 The World Tour, coming to a peak near you. Photo: Mia Knoll/FWT

The Freeride World Tour is a globe-spanning competition showcasing some of the world’s best big-mountain freeriders, features five events held across three continents and riders from around the world. From steep, technical, high-consequence lines to launching backflips off floaty pillows and powder, the FWT encapsulates all things freeride. This season’s roster is absolutely stacked with riders hunting for the top spot. 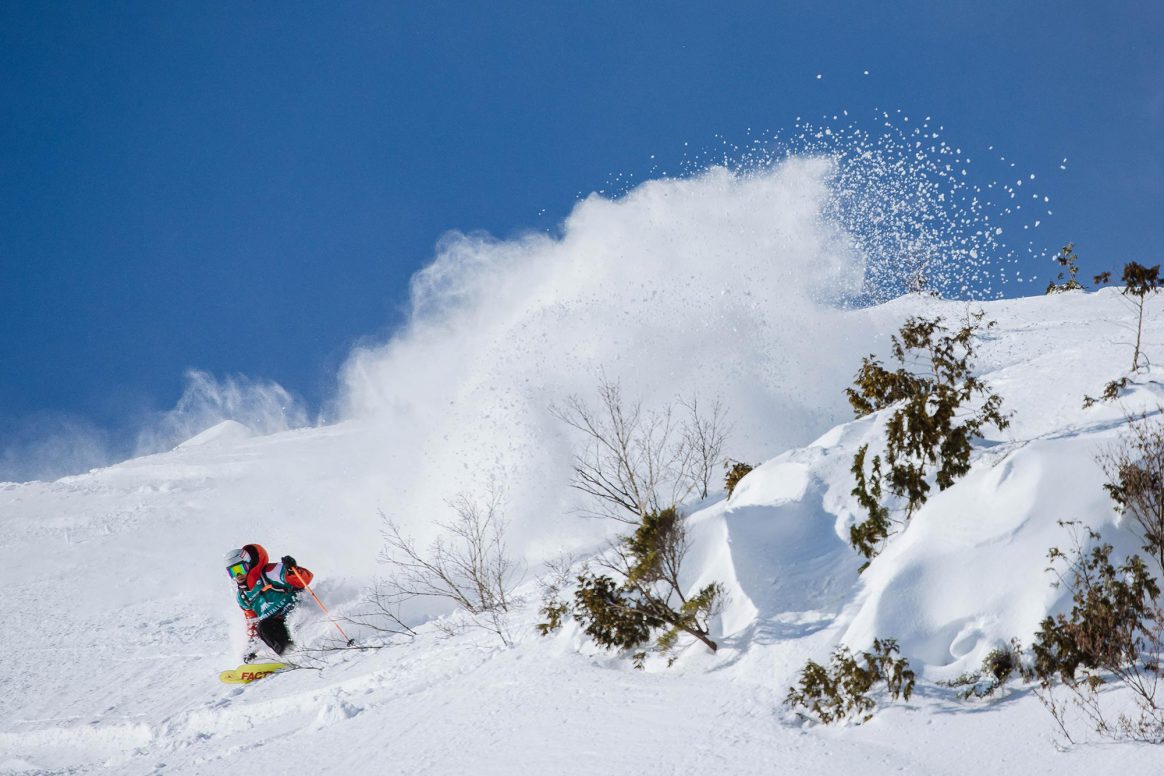 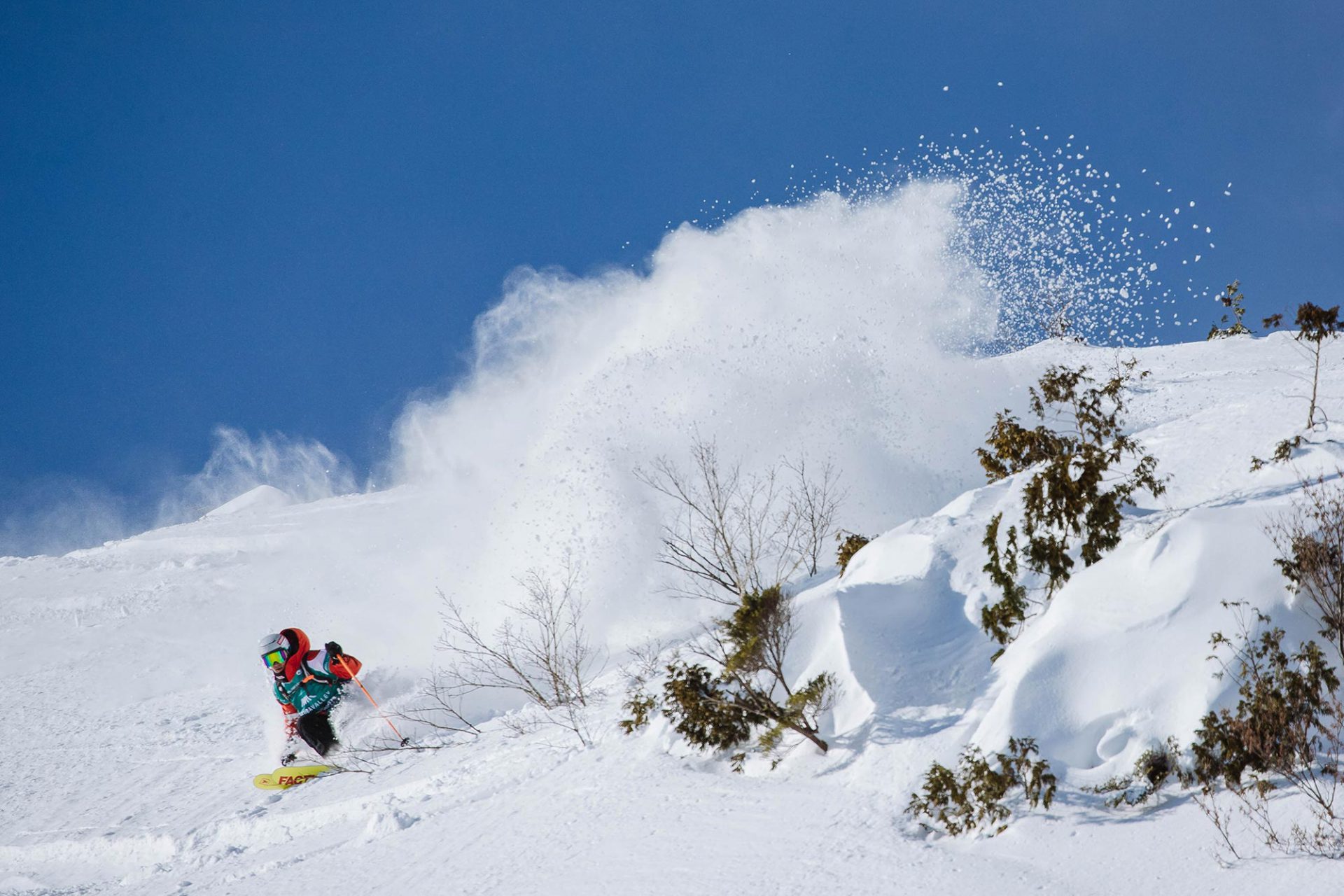 This season sees the return of Arianna Tricomi, as the two-time defending champion seeks her third straight FWT title. 2019 Rookie of the Year Jacqueline Pollard will have something to say about that though, after her breakout season last year. Tour veteran Jackie Passo, despite announcing that 2019 will be her final season, isn’t quite ready to hang up her jersey yet, and will return to the FWT again for the 2020 season. 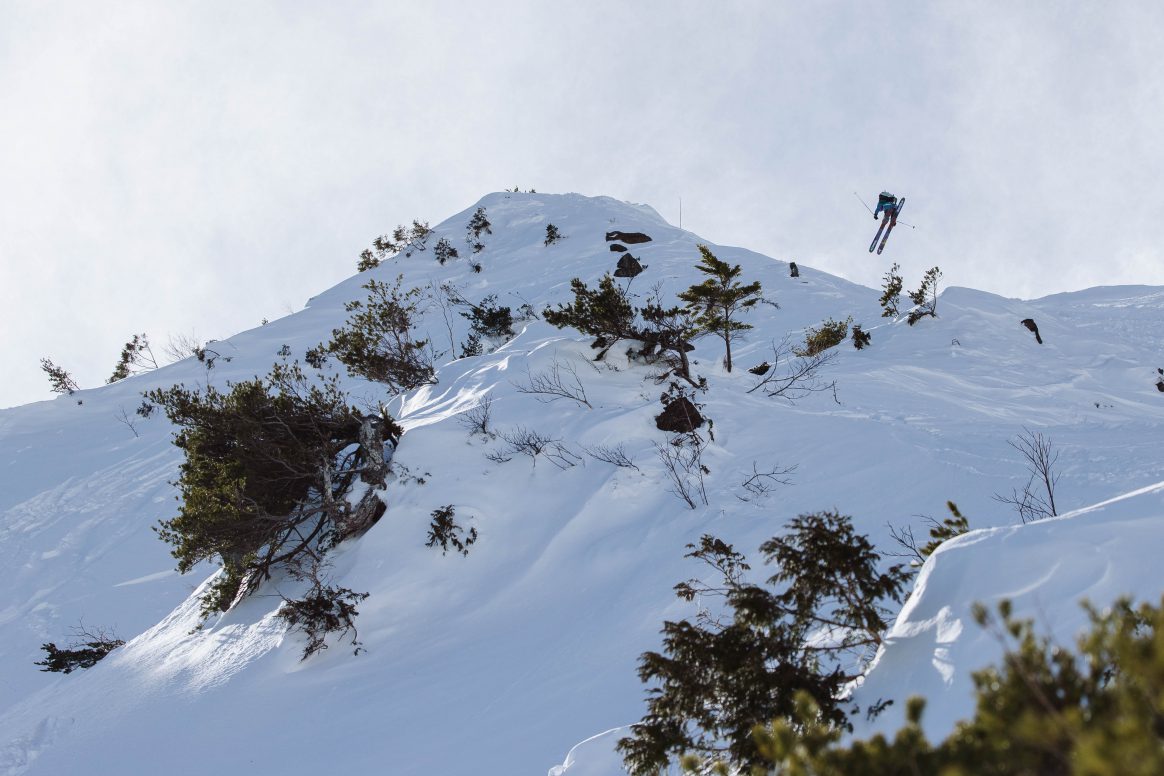 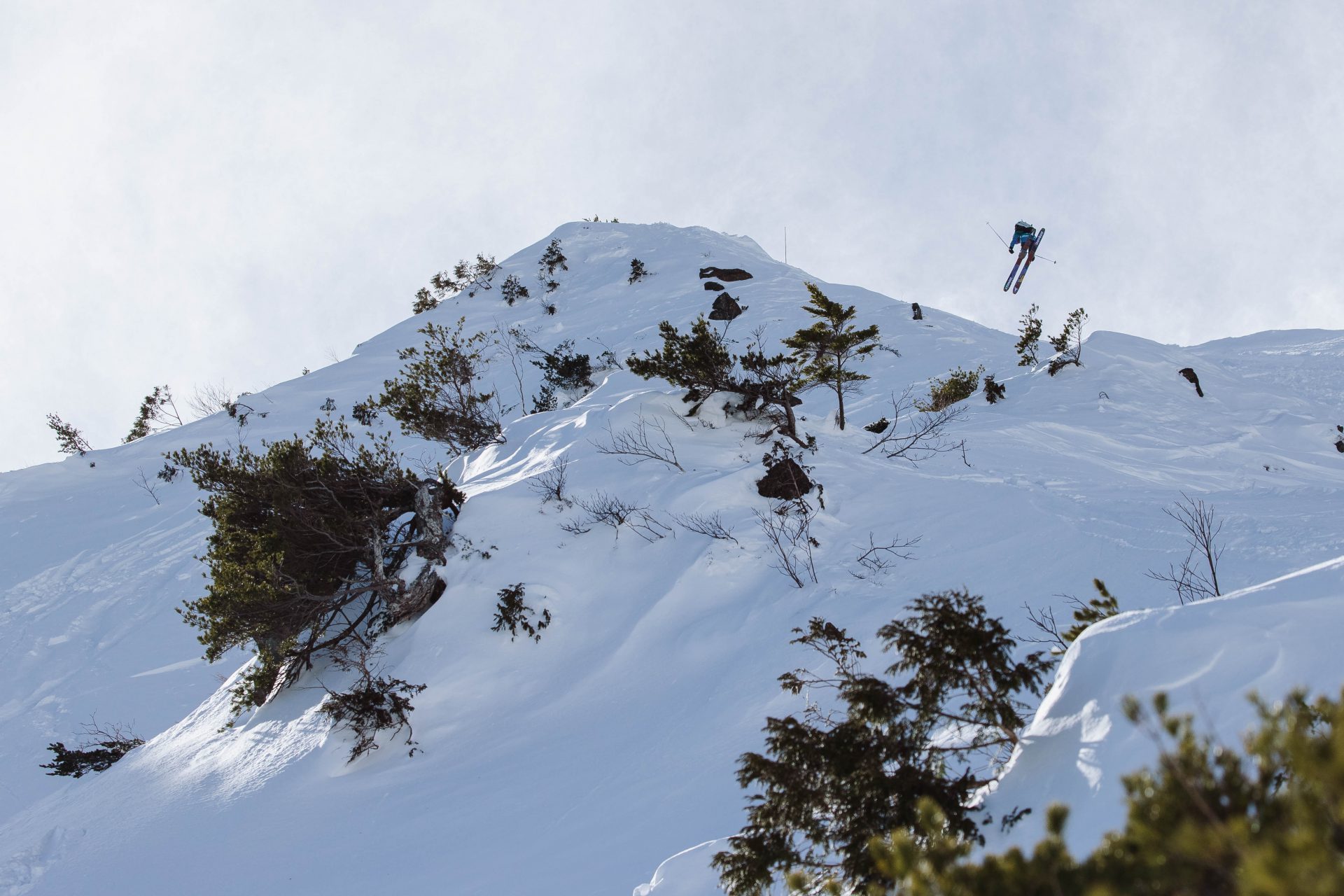 Can the other women match Tricomi's prowess on snow and in air? Time will tell. Photo: Jeremy Bernard/FWT

Rookies this year, Jessica Hotter and Emma Patterson will look to establish themselves on the global stage. Hotter joins the Tour after victories at the 2019 Silvretta Montafon 4*, Nendaz Freeride 4* and North Face Frontier NZ events. Patterson, meanwhile, qualified on the North American IFSA / FWQ circuit, securing her spot with victories and podiums in Crested Butte, Kirkwood, and Revelstoke. 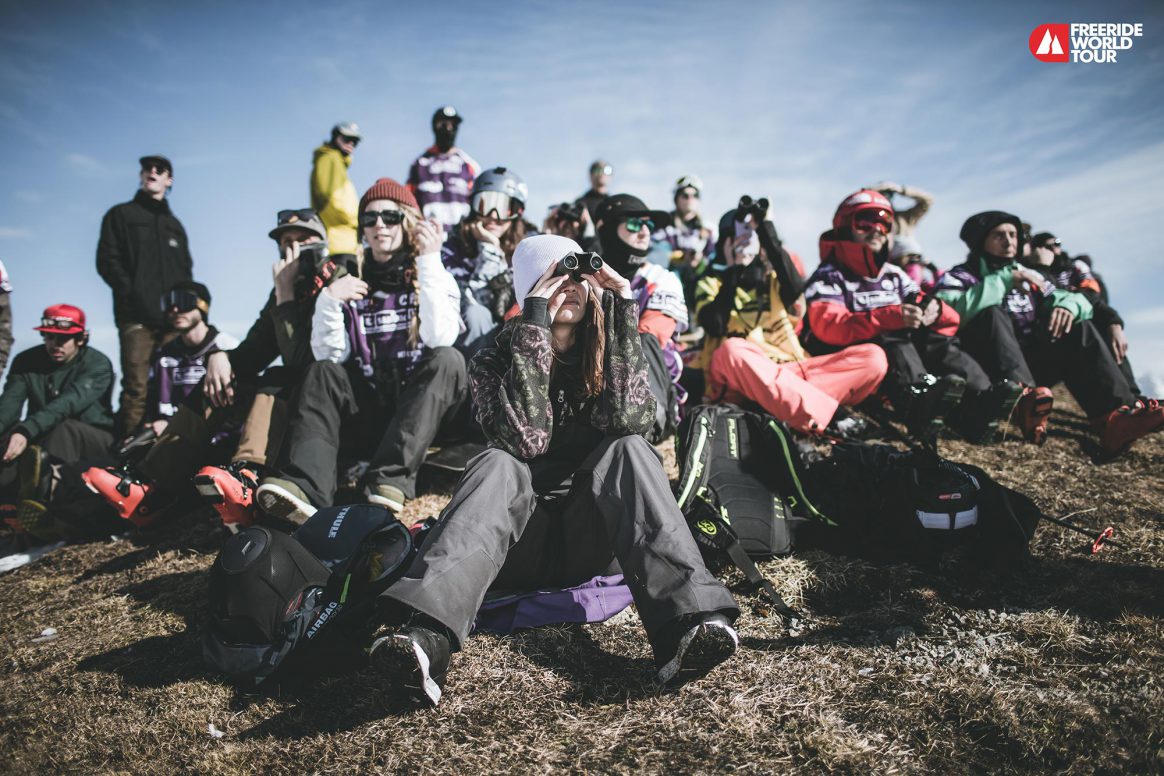 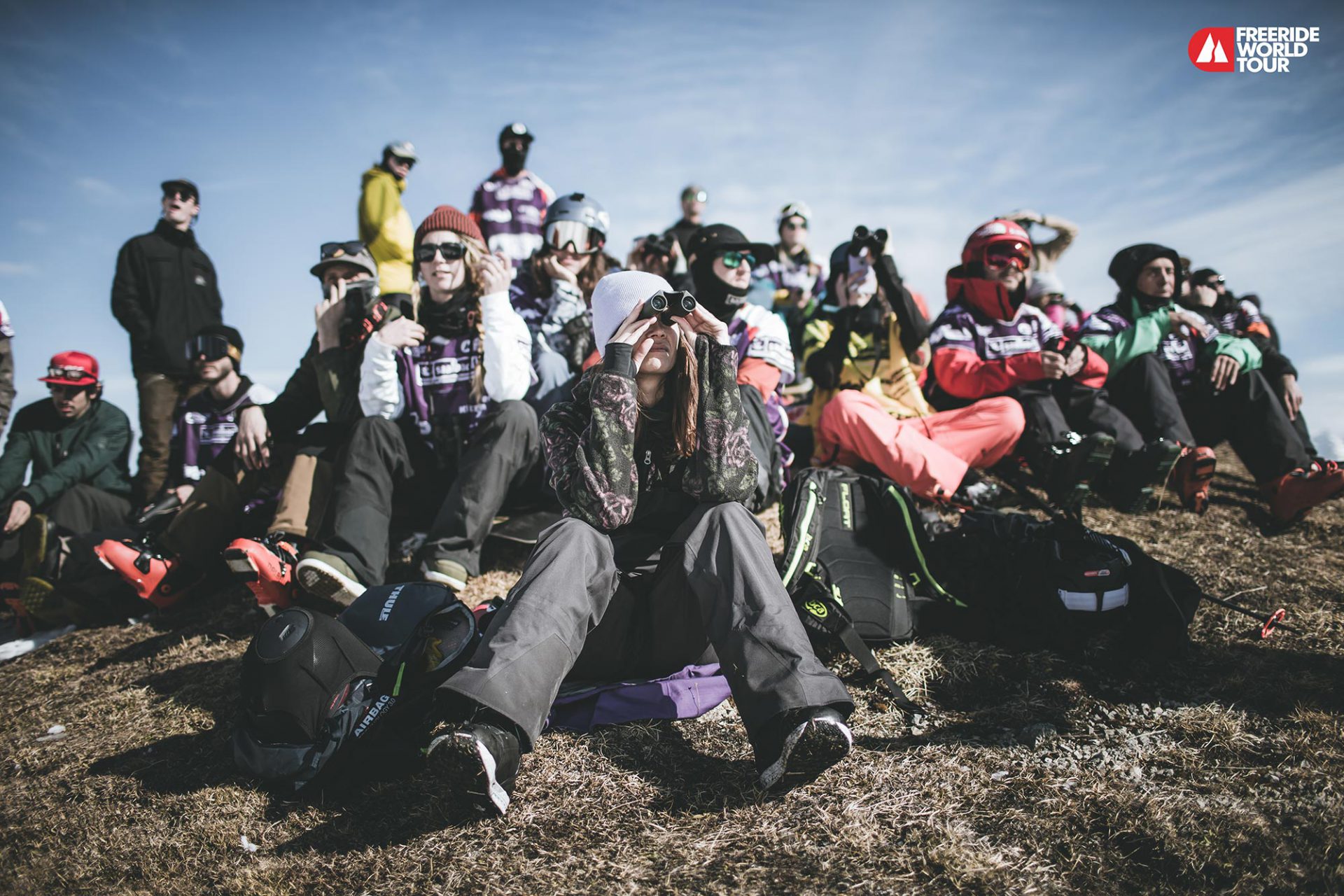 The ladies have their eyes on the prize. Photo: Mia Knoll/FWT

The big news out of the men’s side is the departure of 2019 FWT champion Markus Eder. The titleholder announced he was taking a break from competitive skiing, and will not be present on the tour in this season. In his absence, the competition is wide open. 2019 Rookie of the Year Andrew Pollard will look to build on previous success, and the ridiculously stacked field of former FWT champions—Kristoffer Turdell, Reine Barkred, Drew Tabke, and Leo Slemett—will certainly be eyeing the now-vacant top spot.

The Ski Boss, Tanner Hall, will also feturn to the FWT for the 2020 season. Despite strong results in his debut season, Hall unexpectedly withdrew prior to the Verbier Xtreme event to finish his film project, In the Meantime.

Ivan Malakhov, Yann Rausis, and Sam Lee claim the injury wildcards this season, along with Hank Bilous and Konstantin Ottner, who qualified previously but were unable to compete due to injuries. Craig Murray, Aymar Navarro, Wadek Gorak, Yu Sasaki, Tom Peiffer and Carl Regner round out the list of returning men. Murray notched strong results in 2019 before an explosive crash at Fiberbrunn sidelined him for the remainder of the season, while Gorak capped off his 2019 season with a dominant win at the Verbier Xtreme with a nearly-perfect run. Sasaki, in addition to a strong competitive season, spent part of 2019 skiing and filming some absolutely bonkers lines in Canada for Heart Film’s Gathering. 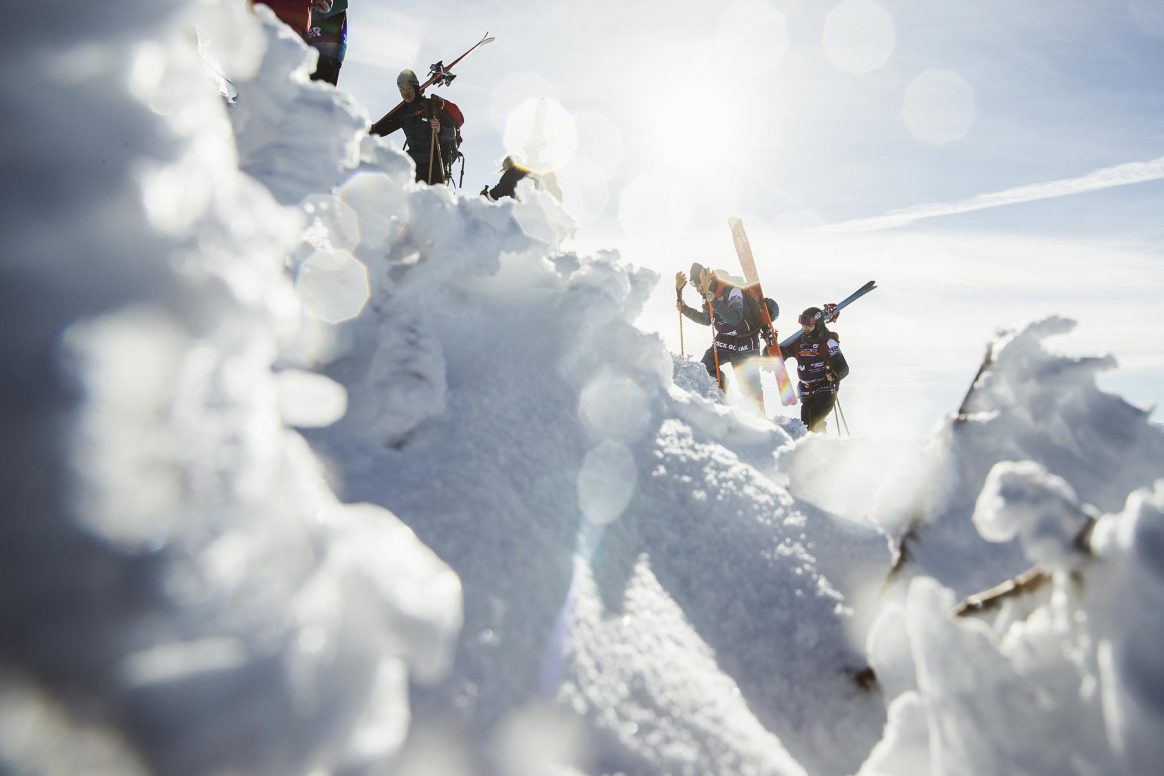 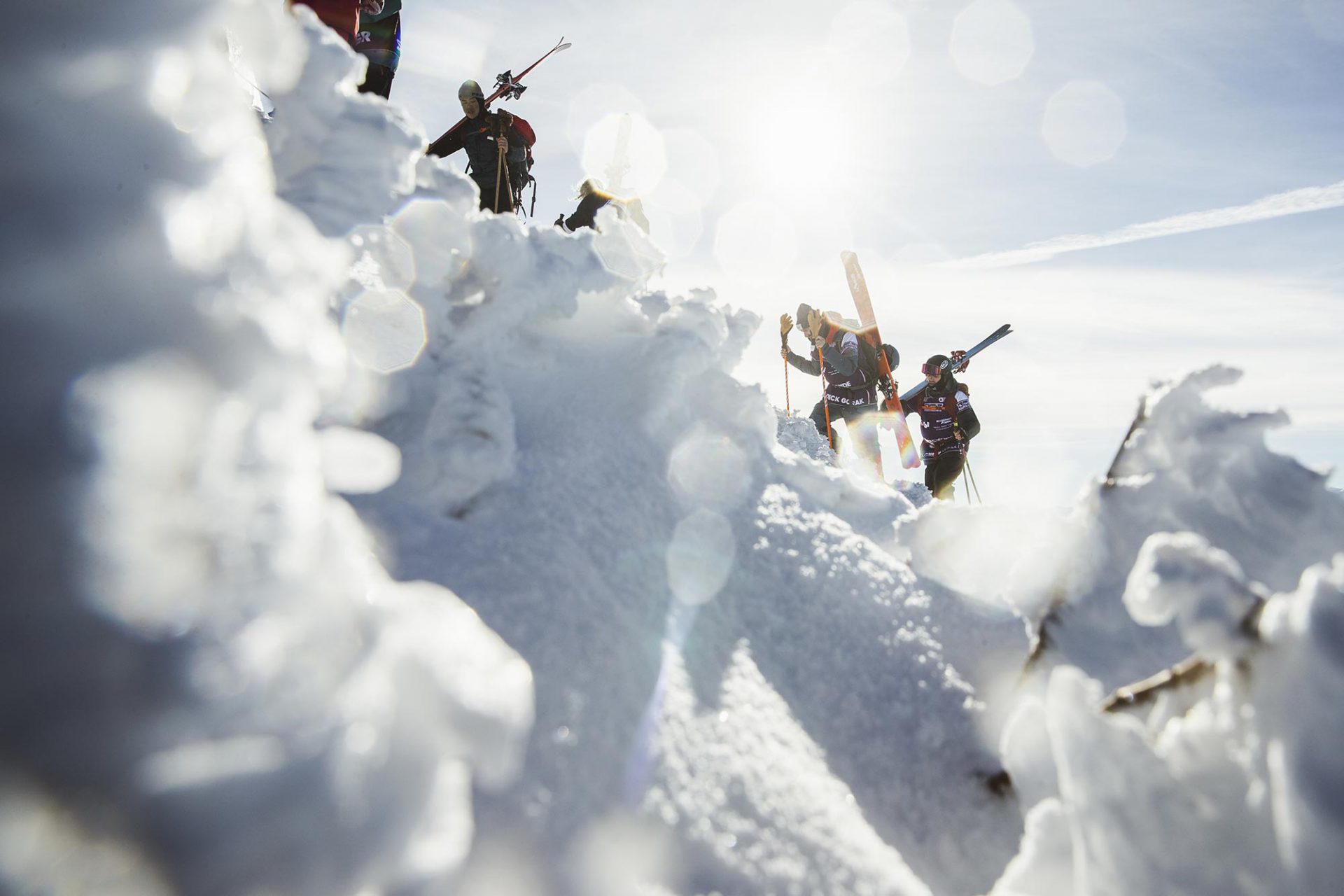 The men get up to get down. Photo: Jeremy Bernard/FWT

The FWT will revisit several of its classic venues in 2020, following a similar schedule as last season. The competition kicks off in January in the pillows and powder of Hakuba, Japan. The second stop in Kicking Horse, Canada, will give riders an ample playground to mix technical riding with freeride elements. The third stop brings the Tour to Europe: Ordino Arcalis, Andorra to be specific, where the Pyrenean terrain offers riders unique features to build creative combos. Fieberbrunn, Austria again plays host to the fourth, penultimate stop of the Tour, where riders will fight to qualify for a spot in the final event. Last but not last, the classic Xtreme Verbier closes out the season in April, where the daunting Bec des Rosses has been a mainstay of the Tour since its inception. This year the FWT celebrates the 25th anniversary of the Xtreme Verbier: a competition and party not to be missed. 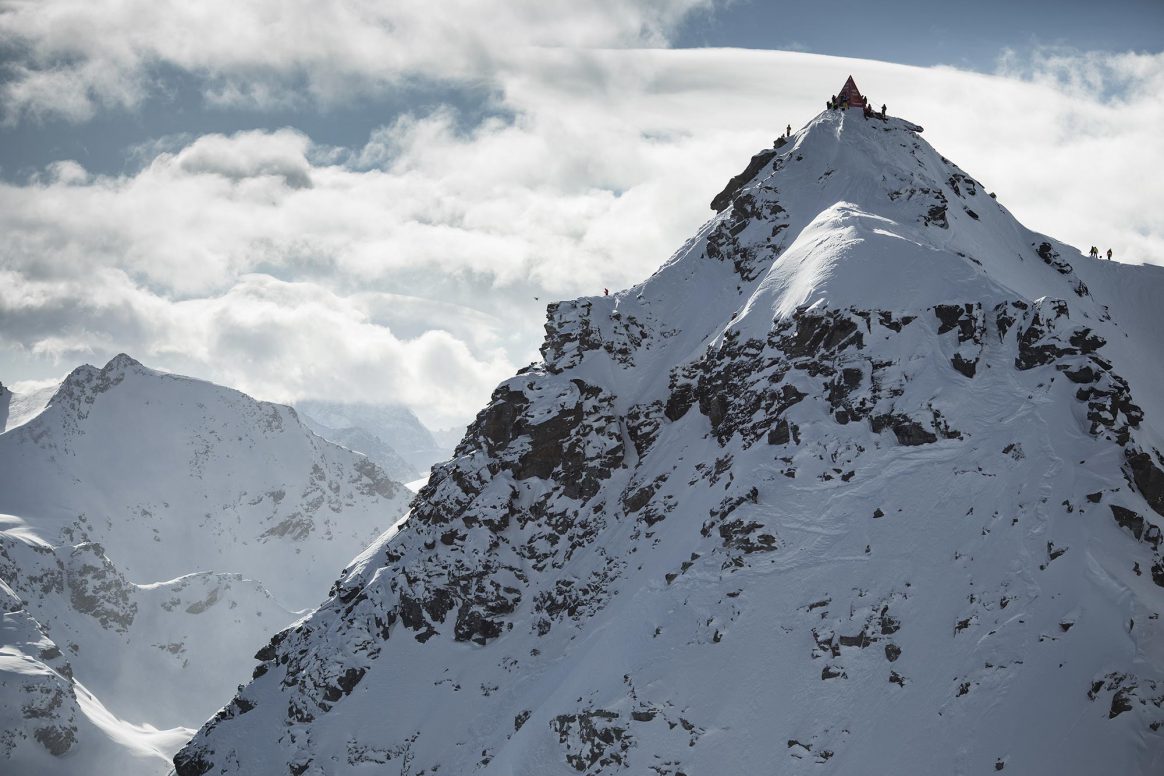 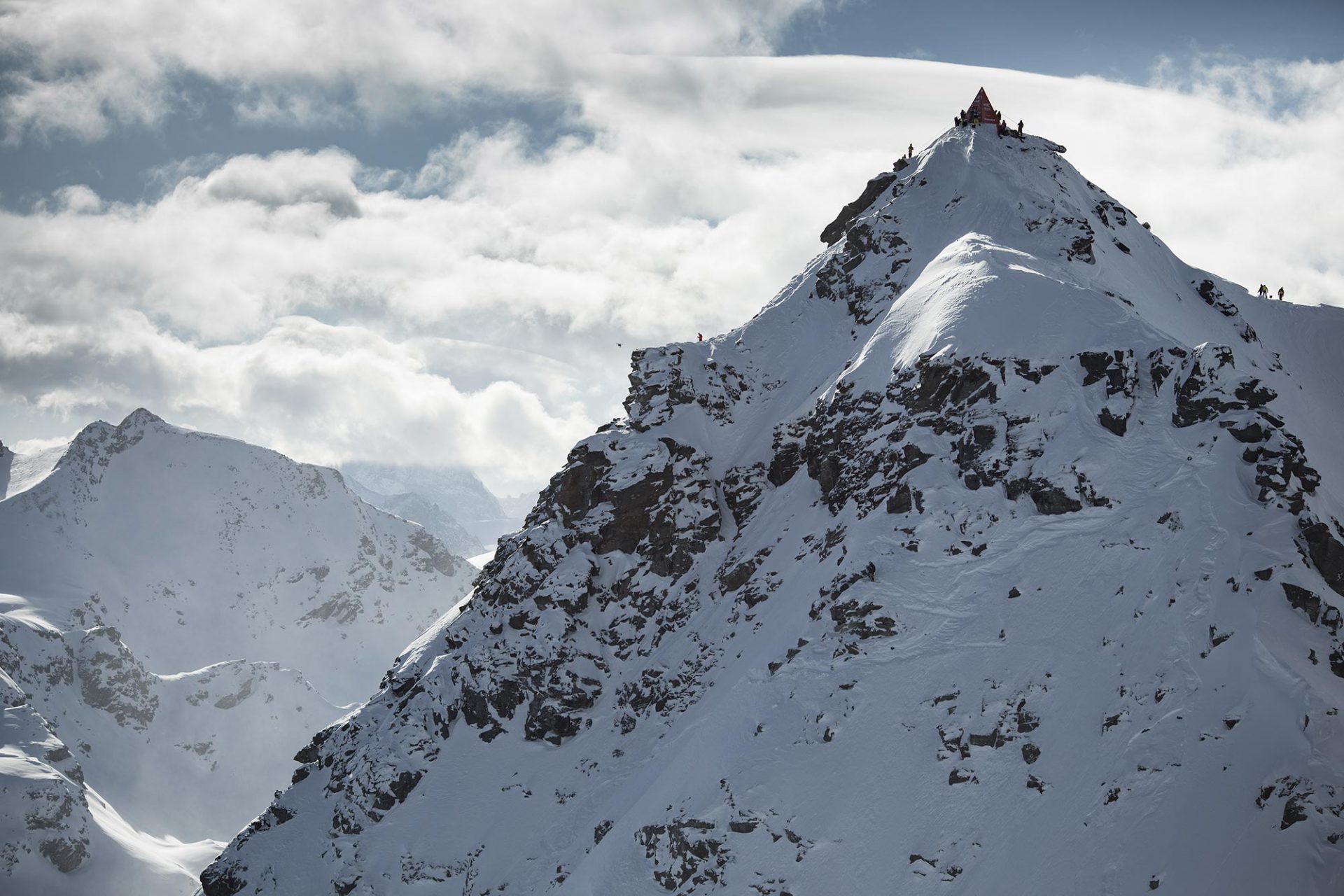 The Bec des Rosses: a mountain you never get tired of looking at, but quickly get tired while skiing. Photo: Dom Daher/FWT

Every year the Freeride World Qualifiers and Freeride Junior Tour showcase the up-and-coming talent of future stars; most of the riders on the lists above are alumni of the FWQ or FJT themselves. If you want to watch people younger than you ski harder than you, check out the Freeride Junior World Championship, held at Kappl, Austria on January 28 – 31, 2020. 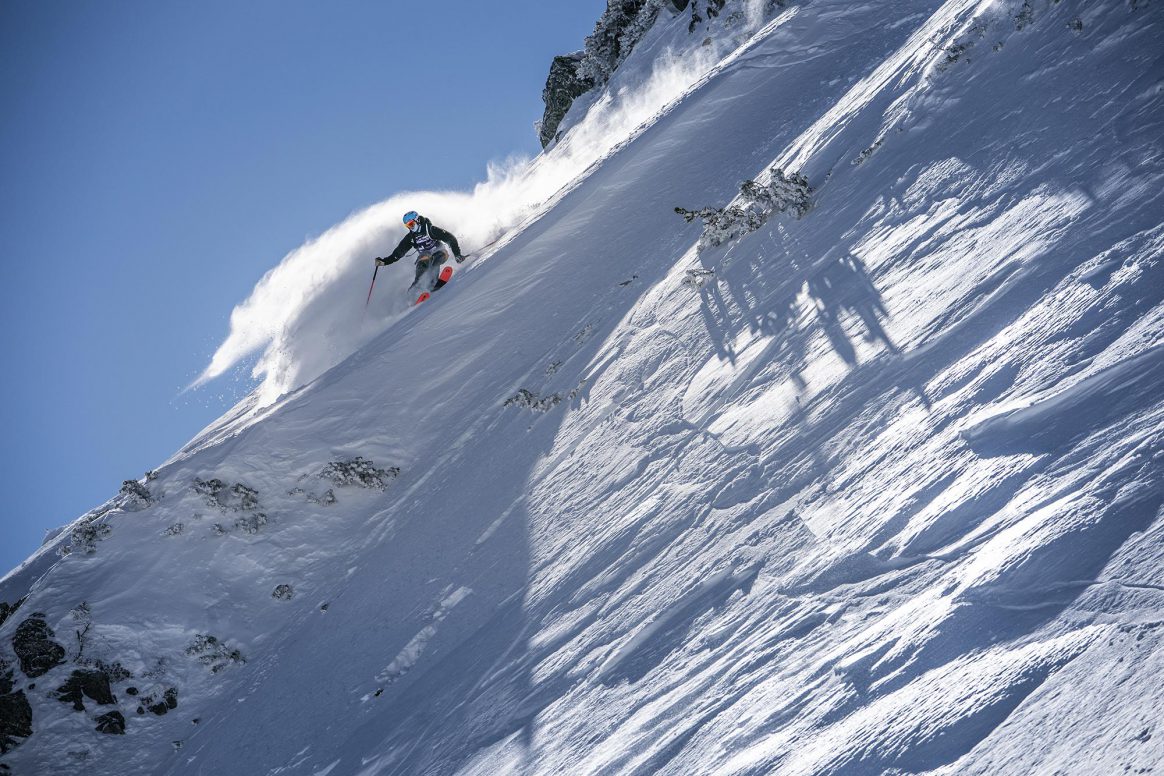 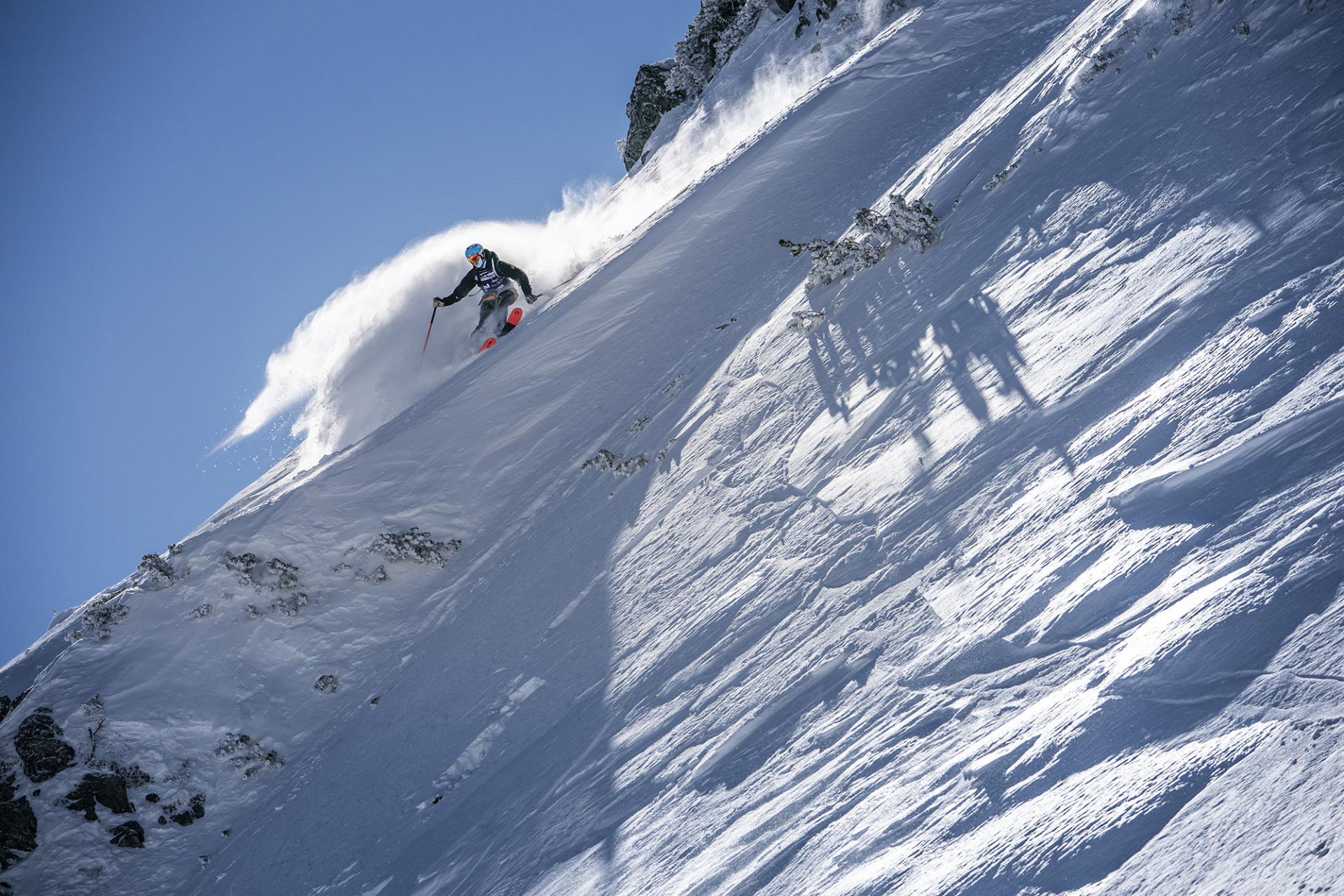 The kids of the Junior Tour send it just as hard as their older peers. Photo: Stefan Voitl/FWT

The FWQ adds several new events for a stacked calendar of over 80 stops, reaching from Europe to North America and Japan to Lebanon. Four skier spots on the 2021 World Tour (three men, one woman) are up for grabs at next season’s thirteen 4* events. Season highlights at Nendaz, Kicking Horse, Jasna, Silvretta Montafon, and the finals at Obergurgl-Hochgurgl and Kirkwood are not to be missed.

As always, you can get all the information you need on all these events at freerideworldtour.com, and we’ll be keeping you updated on all the event results here on Downdays as they go down.