One thing's for sure: Lisa does what Lisa wants. Photo: Mark von Roy

This article has been adapted from the Winter 2018 print issue of Downdays Magazine. Use the mag finder at the bottom of this page to find a copy in a ski shop near you.

She won an X Games gold medal and couldn’t find it anymore a few weeks later. She’s one of only a few female freeskiers ever to land a 1260, but she can’t really do 360s. She parties hard, but doesn’t drink alcohol. Her social feed is just as cryptic. What follows is an attempt to understand the paradoxes of the talented and sometimes controversial character that is Lisa Zimmermann. 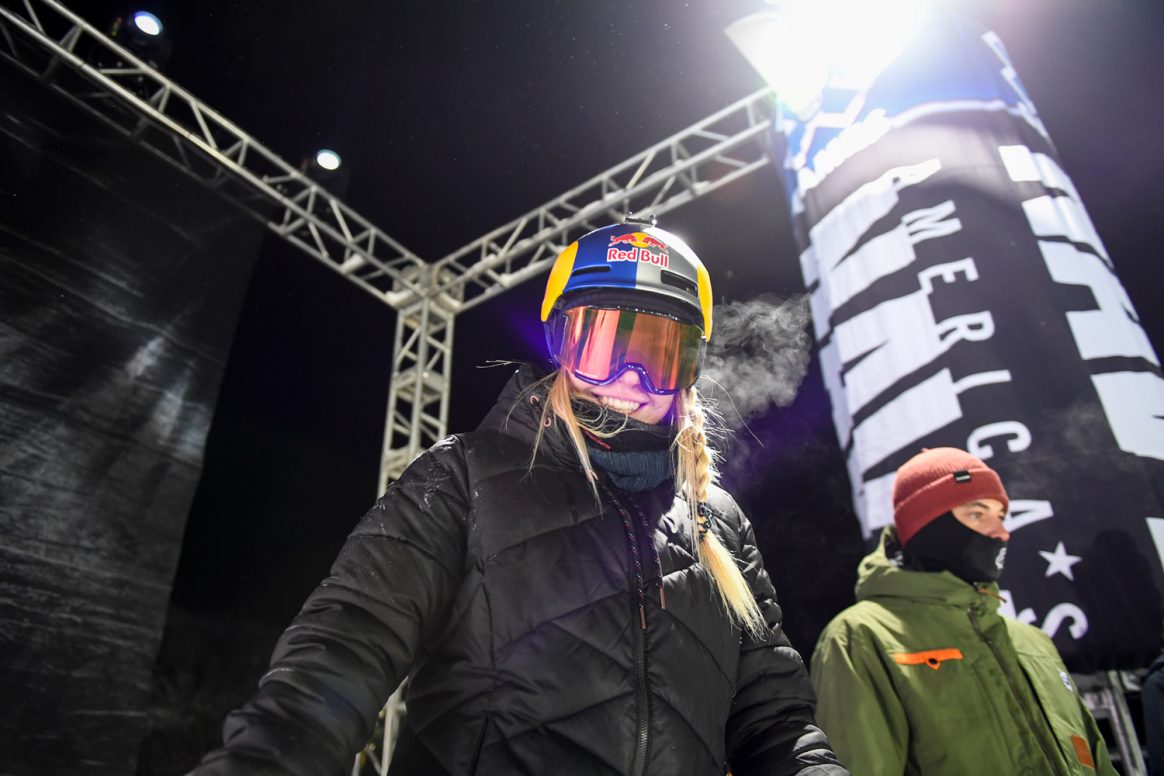 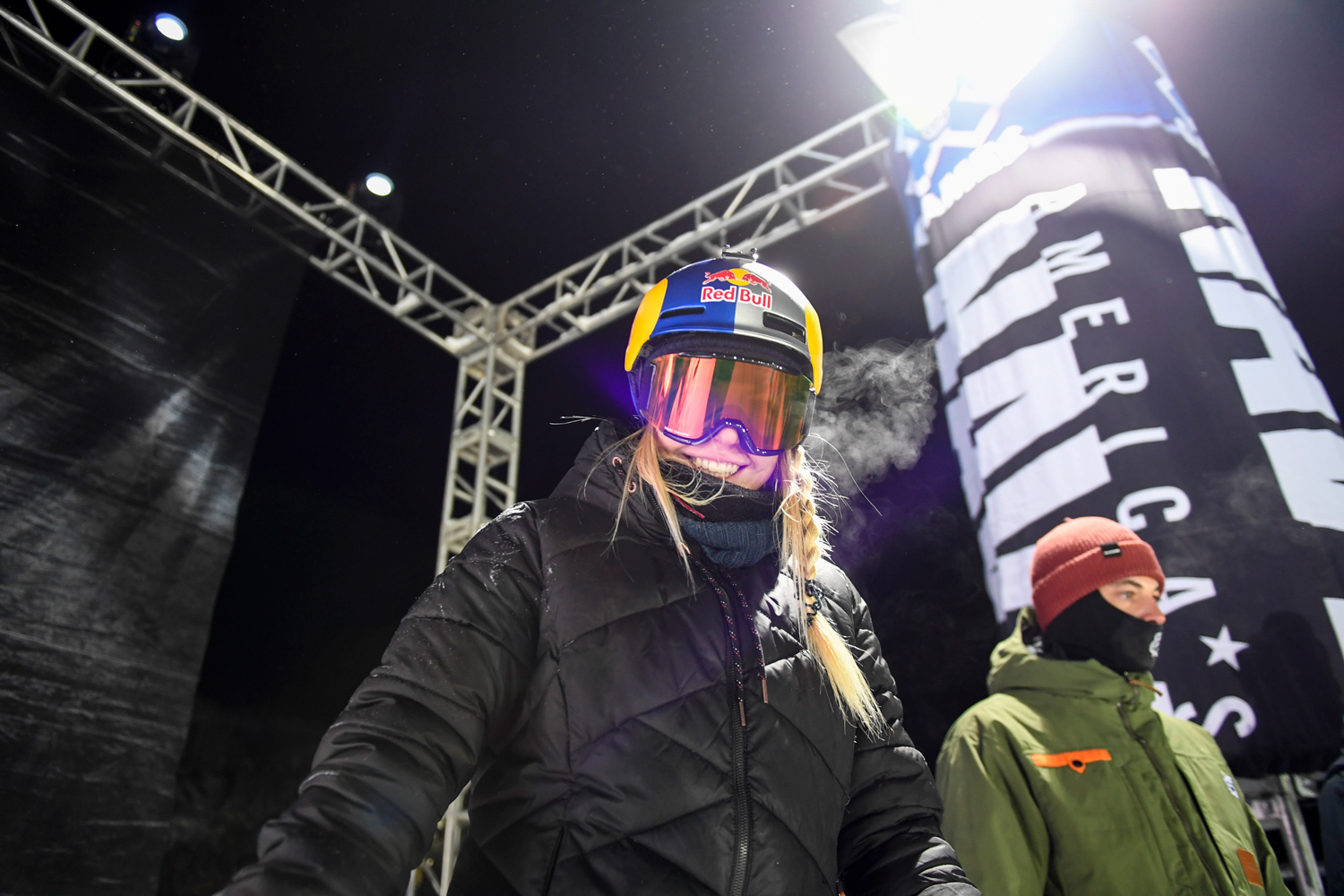 While many skiers have heard of her, most people don’t know who Lisa Zimmermann really is—what makes her tick—and those who think they know are probably wrong. I sure as hell can’t figure it out. But after witnessing her land a clean double cork 1260 at Suzuki Nine Queens in 2013, then a switch double cork 1080 two years later—both firsts for women—it became clear that Lisa had the most raw talent and audacity of any female park skier I’ve seen. Underneath this natural talent lies an unrestrained, hilarious and smart personality that, above all, allows Lisa Zimmermann to do whatever Lisa Zimmermann wants to do—much to the confusion and consternation of some observers. 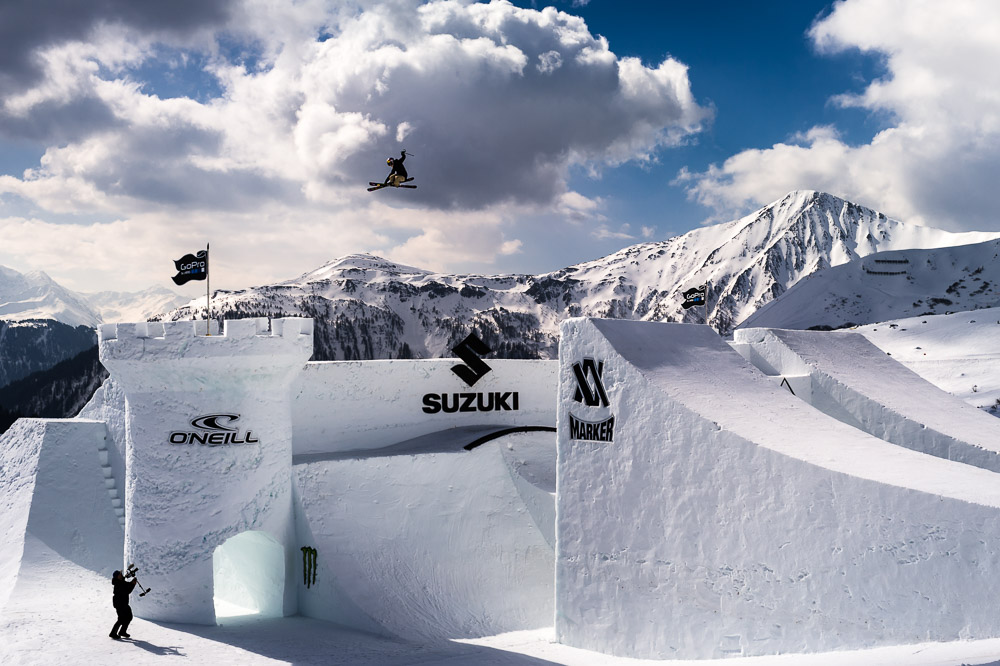 Soaring over the Nine Queens castle in 2015. Photo: Klaus Polzer

To find out more, I met with Lisa in Innsbruck, where we both live. Our paths have crossed here and there over the years—most hilariously, as ski ballet partners for Red Bull’s “Generation of Freeskiing” project—but we’ve hardly had a proper conversation before. Unfortunately, I had to begin our chat with a confession. As a member of the X Games selection committee that declined to invite her to the Slopestyle competition the previous season, I felt guilty. While I had meekly tried to argue her case, the other selectors seemed impervious to her talent and drive, stating that “her consistency wasn’t there,” or some bullshit along those lines. After failing to receive an invite to the most prestigious contest in the sport, Lisa made a pretty funny jibe towards X-Games on social media—“Again, Xgames made the decision. Women slopestyle level is too high to have a spot for me”—after which a few statements of “her attitude isn’t right” made the rounds on the committee. Yuck. Fortunately Lisa was still invited to the X Games Big Air—which she promptly won in massive style. 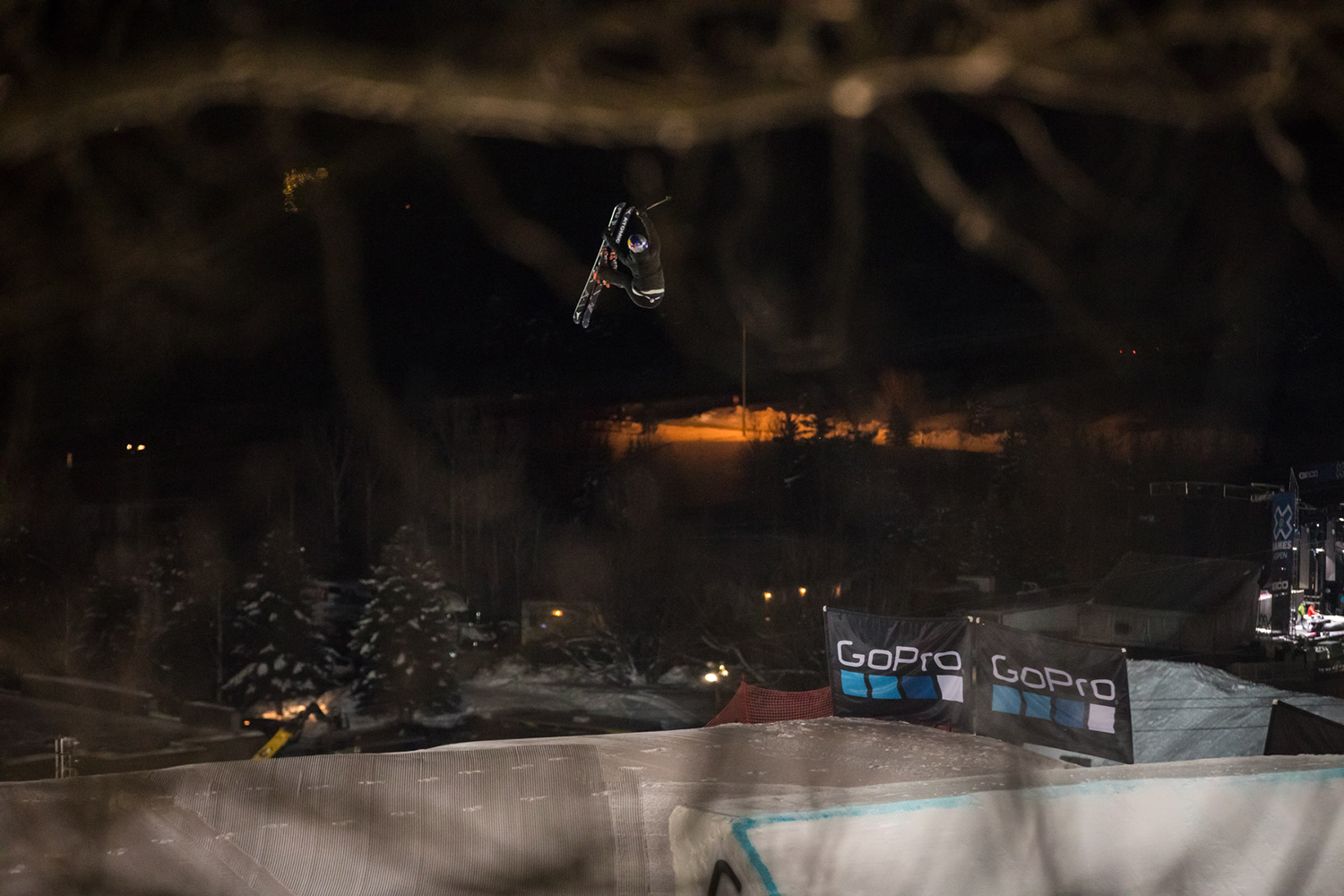 While I am lamely trying to explain and make excuses about the weird situation with the selection committee, Lisa interjects lightly. “It doesn’t matter, I don’t really care about the X-Games,” says the first German to win an X Games Gold medal. “I wasn’t personally offended that they didn’t invite me, because if they didn’t want me there, then so be it.” There was no hint of harshness; it was quite evident that Lisa meant it. She really doesn’t care—but like, in a good way.

For Lisa, simply going skiing and learning new tricks has always been far more important than competitions, even the one with five multicolored rings. Sure, she would be happy to win Olympic gold—but if she doesn’t even make the finals, she won’t be bummed about it afterwards. And she will definitely not pretend to be bummed to please the media. As a medal hopeful for Germany at the last Games, a bizarre thing called “the expectation of a nation” descended upon her: official governing bodies, national news and mainstream fans all started caring about the decisions she made. Mainstream-media interviewers were flummoxed by her seemingly blasé attitude; “You have to stay chill,” she’d often answer to questions about her competition prep. Unlike others thrust into the spotlight, Lisa shrugged off the expectations and just kept on doing her own thing: going skiing as much as possible, and doing hilarious, fun things in general the rest of the time.

Talking to reporters at the 2014 Winter Olympics in Sochi. Photo: Ethan Stone

After winning X Games Big Air on her debut appearance, Lisa tore her ACL and MCL a short while later at the FIS World Cup at Mammoth Mountain, California. “I didn’t want to go to Mammoth,” she reflects. “I actually wanted to go to Costa Rica, so I was kind of happy about the injury because I could take a break from competition.” Nobody really understood why she was in such a good mood—with the Olympics looming the following season, this was a serious injury to reckon with. But Lisa, adept at letting bygones be bygones, promptly disappeared to Costa Rica for a few months. 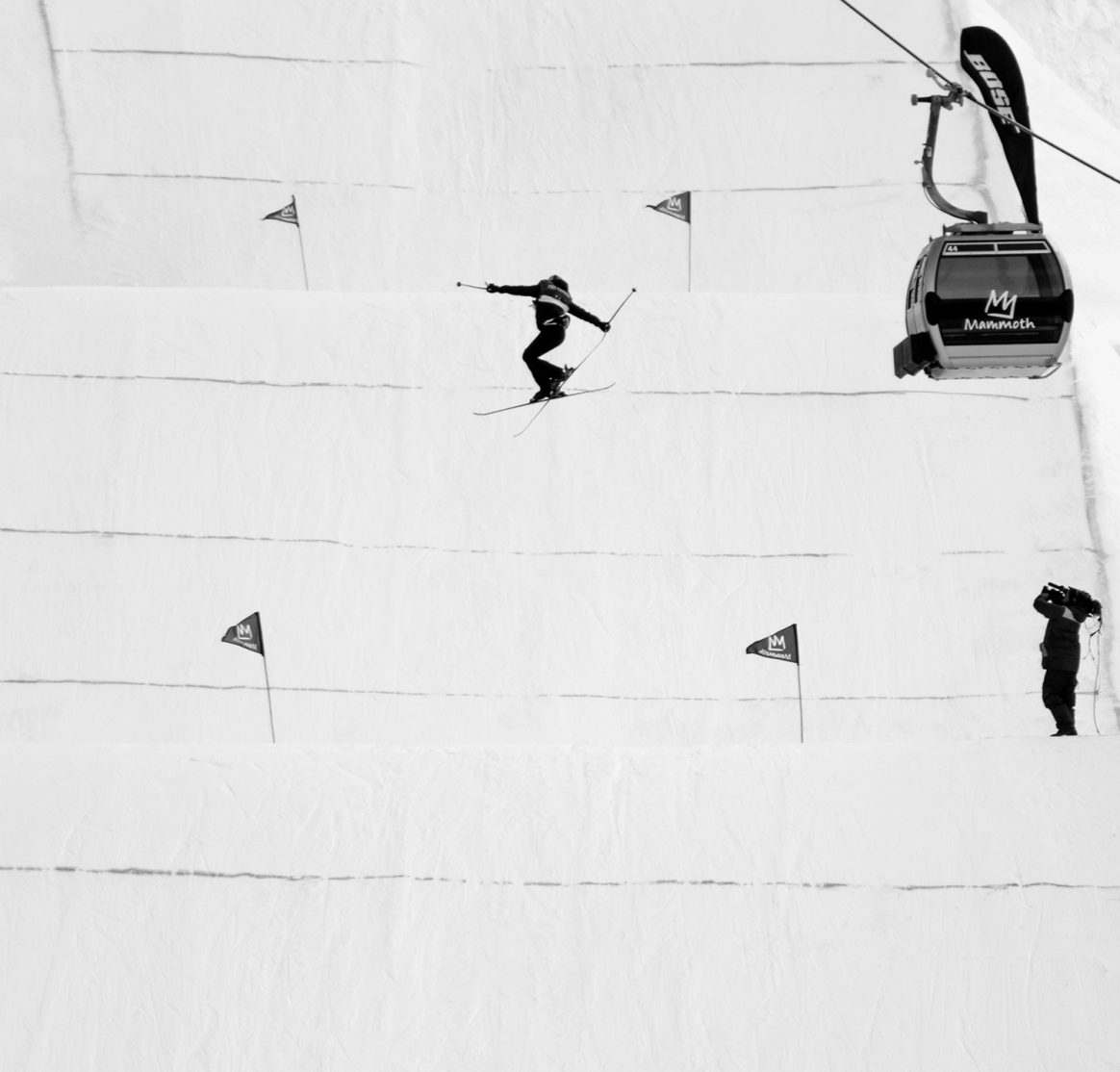 While there, the 21-year-old delved into alternative medicine, researching the outcomes of knee operations and possible alternatives. When she returned to Germany, Lisa decided not to get her knee operated. This was a risk, a decision that many people, including the national federation, called into question. After stressful meetings in which a lot of pressure was applied, Lisa essentially told everyone to leave her alone, and started focusing on her rehab. “A few years ago I would have said, ‘Fuck you all, I am not doing contests anymore’,” she reflects. “Now I’ve realized that I want to make the most of this so-called career. I am very thankful for it all. If I can compete at the Olympics, I will. If I get invited to X Games, I’ll go there.” But she’ll do it on her own terms. Let’s hope she proves all the naysayers wrong, and the decision to not operate pays off. 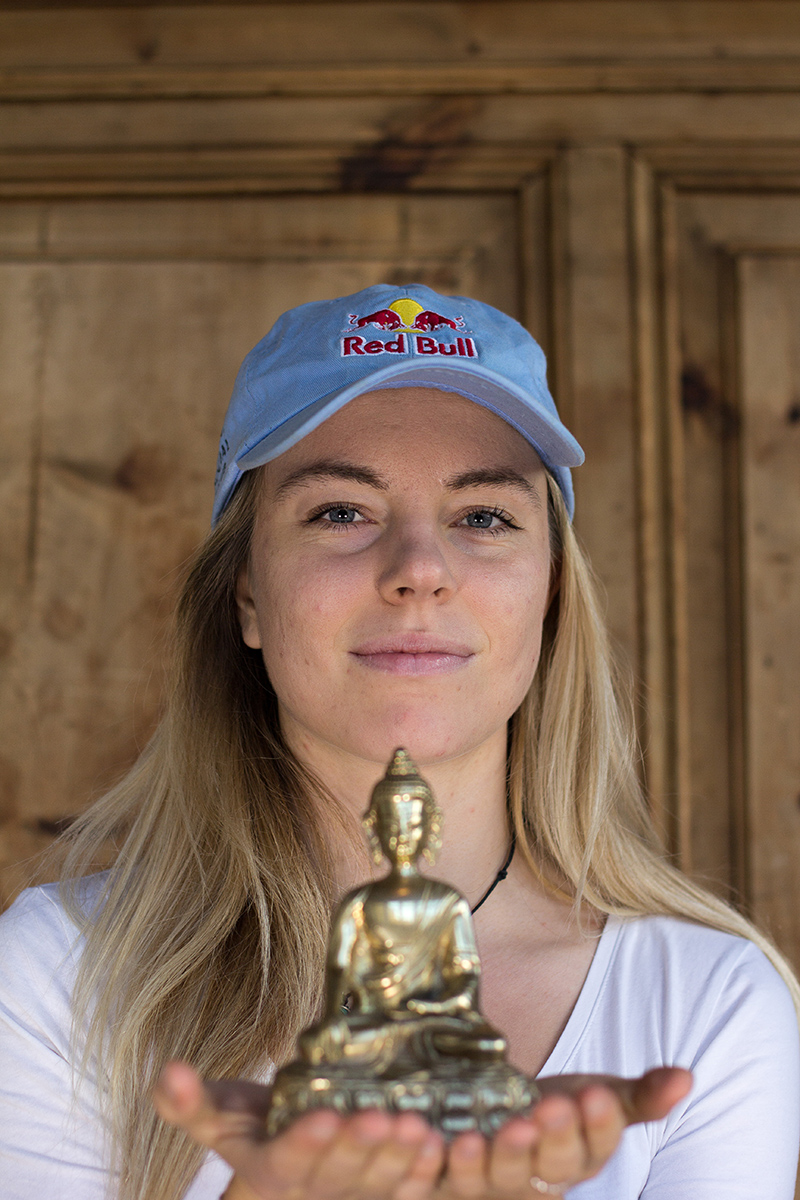 With a memory from Costa Rica. Photo: Mark von Roy

All this doesn’t mean that Lisa doesn’t have ambition or goals. She does, and she’s achieved a lot of them already, many of which we’ll never know about. While she may not be the biggest fan of contests, Lisa still turns up the heat when she’s feeling in form. Winning the Olympics isn’t a dream of hers, but to compete in a SLVSH match up—perhaps even against a guy—is goal for sure. “For me it’s not about beating a guy,” she says. “It’s about forcing myself to do tricks that the guys do.” She’s watched almost every SLVSH game—the competitive format that is easily the most representative of our sport—and draws inspiration for new tricks from the guys, a habit that began when she first started skiing with her brother. “I started skiing because it was so fun to go up the hill with friends and learn new tricks,” she says. When she started concentrating on contests, she stopped learning new tricks, and even unlearned a few: “The contest scene is shitty like that.” During her tropical break from skiing, Lisa realized that she wanted to get back to skiing like she did back in the day. 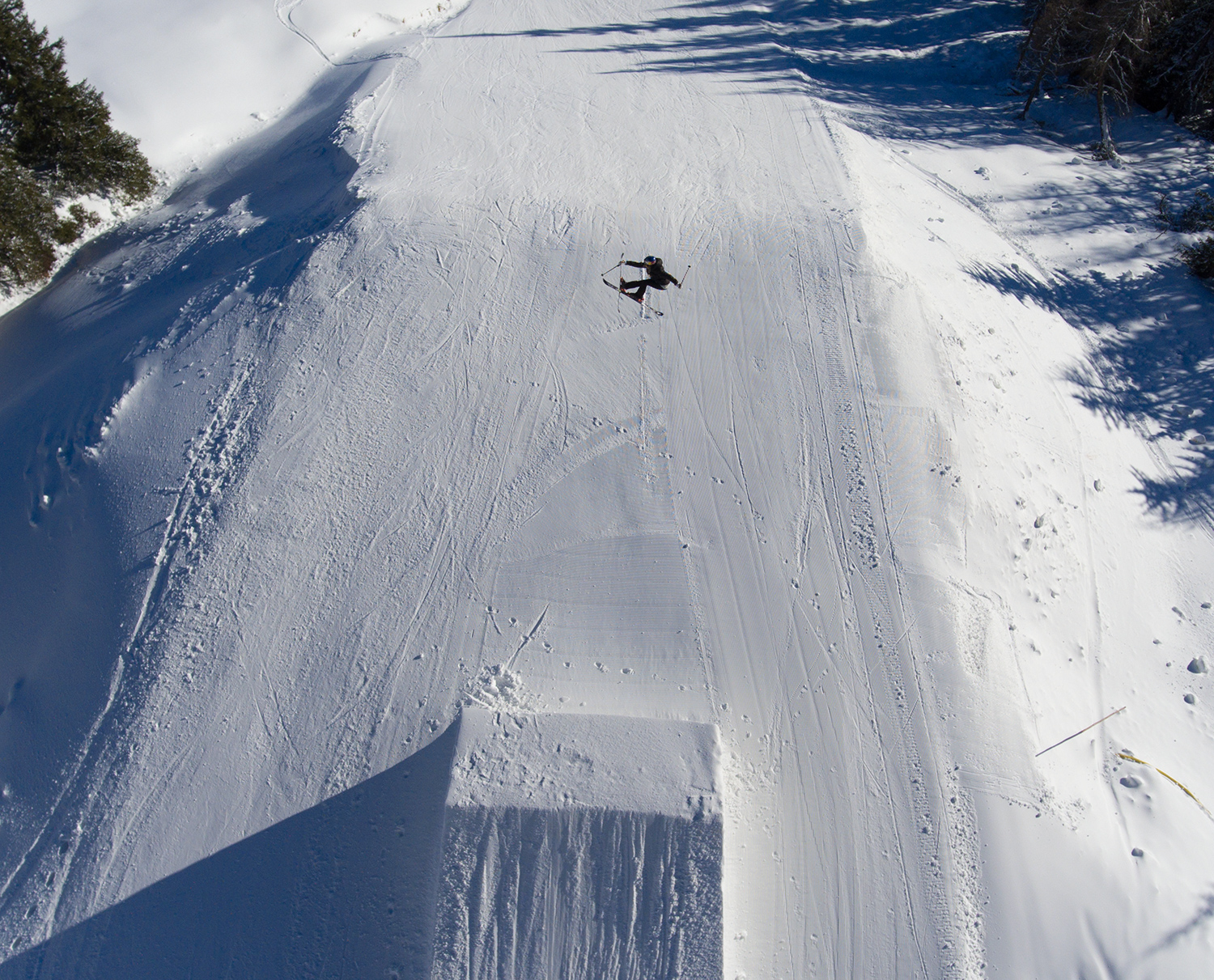 In her happy place.

As Lisa dreamily recounted her days in Central America, filled with meditation and relaxation, it became clear to me that she has turned into quite the self-assured young lady. But perhaps she’s been like this all along, and only now have I realized her realness. This realness, at least in terms of skiing, is still limited by the fact that she has never gone powder skiing properly. “It’s pretty embarrassing,” she admits. “But shredding pow is definitely very high up on my list!” While I still don’t really know what makes Lisa tick, nevertheless, the future is very bright for this talented and idiosyncratic woman. One thing I can say with certainty: I can’t wait to see what Lisa will do with fat skis on her feet and a powder kicker waiting below. 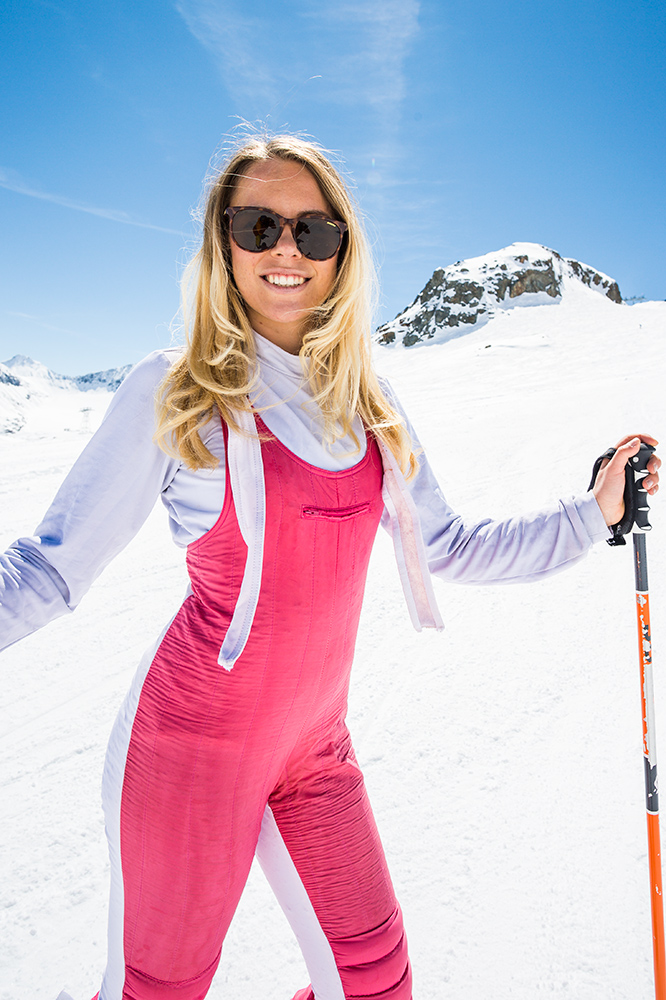