Canadian professional skier Dave Treadway passed away on Monday, April 15 while skiing in the British Columbia backcountry. He was 34 years old.

Treadway—the brother of pro skiers Daryl and Dan Treadway—was a hallmark of the ski industry and one of its most prolific members. He’d been featured in ski magazines worldwide—including Downdays—and had featured in numerous ski movies. 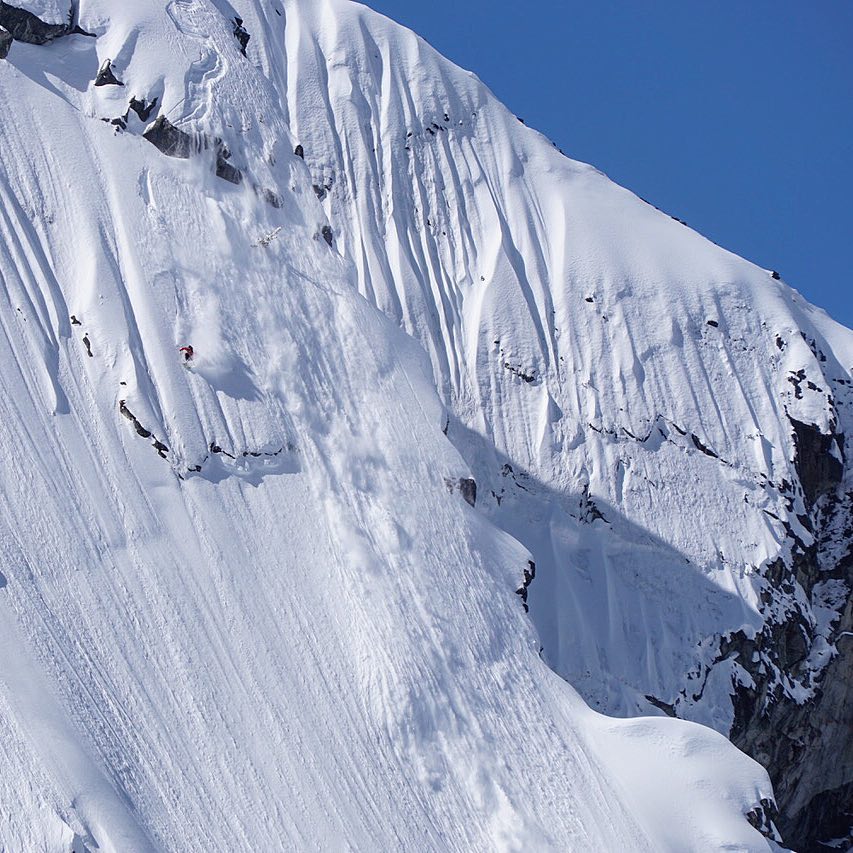 According to media reports, Treadway was skiing in a backcountry area between Whistler and Pemberton near Rhododendron Mountain when he fell over 30 meters into a crevasse while crossing a snow bridge. Treadway was reportedly skiing over the snow-covered crevasse when the incident occurred.

Pemberton District Search & Rescue reported that it responded with a medical and extraction team on Monday afternoon after a call for assistance, and recovered Treadway from the depths of the crevasse after a difficult operation. A second team from Whistler Search & Rescue was also dispatched to assist in the recovery. Treadway reportedly succumbed to his injuries on the scene. “The extraction from the crevasse was a very technical operation for the team,” said Pemberton Search & Rescue manager David MacKenzie. 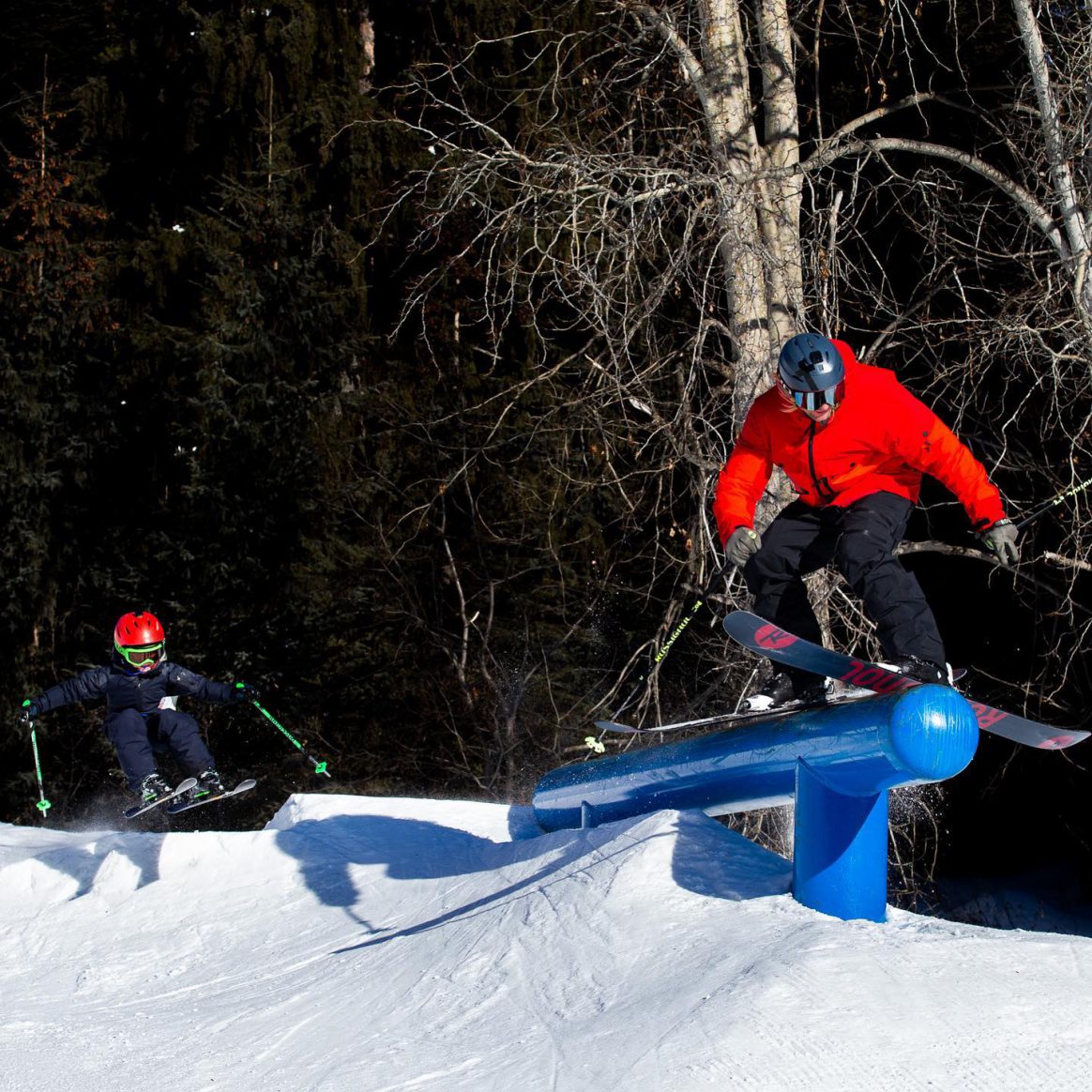 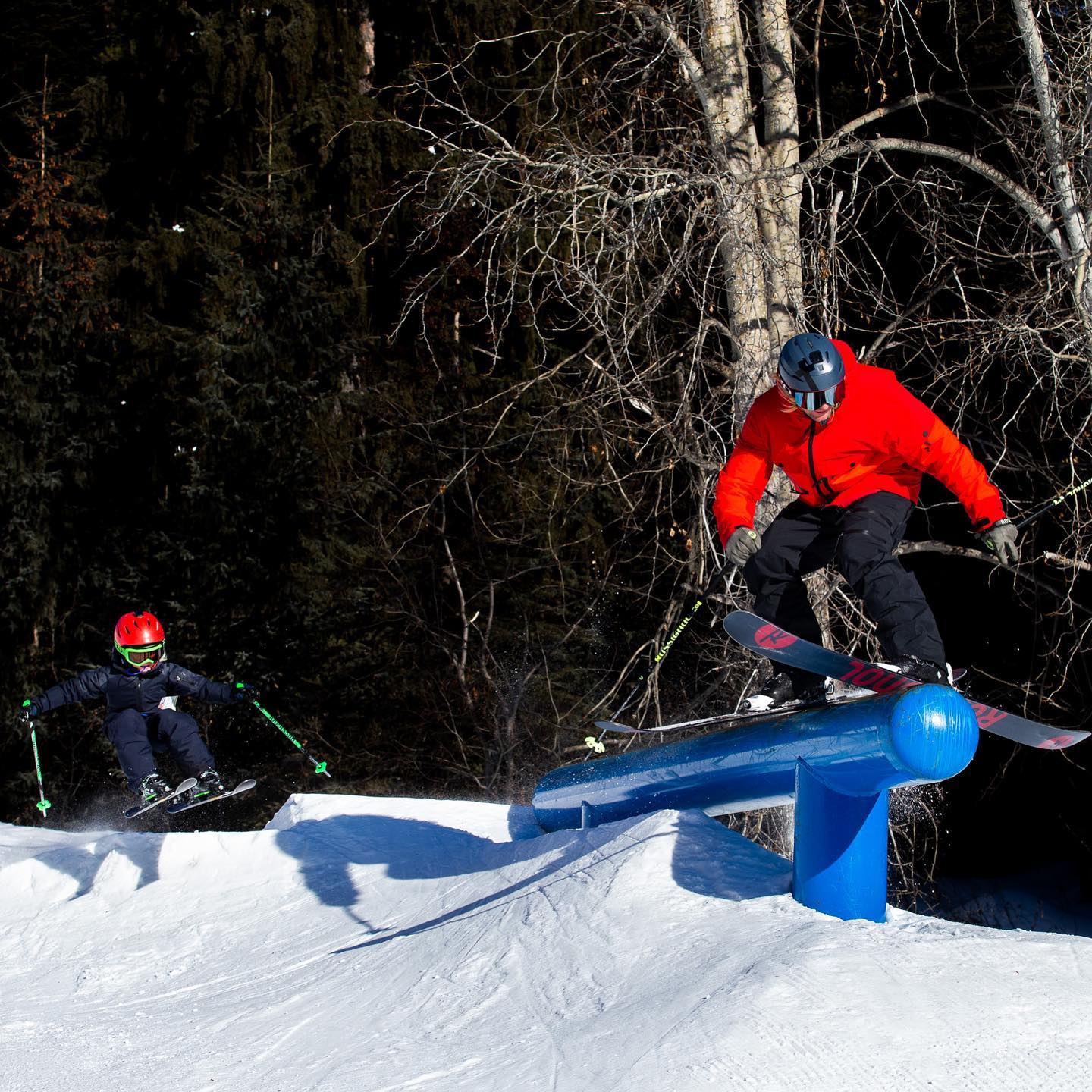 A committed family man, Treadway was bringing up his two sons as skiers. Photo: Robb Thompson via Facebook

Treadway leaves behind two young sons, Kasper and Raffi, and his wife, Tessa, who is pregnant with their third child. A GoFundMe campaign has been set up to support the family.

Social media has been alight this week with remembrances of Treadway from his colleagues and friends in the ski industry, a sampling of which we’ll share below.

Dave Treadway. The kid led by example how to follow your passion, love your family, and simultaneously prove none of society’s rules mattered whatsoever. That you could create any reality you want while living the purest and simplest way of life. And bringing your family along every step of the way took it one step further, living like every moment is a gift. Thank you for the lessons. Sending all the whole Treadway family all the love right now.

Can’t put any words that feels right – the loss of Dave Treadway is so tragic and sad. I will always remember his massive grin, the ultra positive spirit and his love for the mountains and of course his beautiful family. My thoughts are with Tessa, the boys and their families. 💔 #davetreadway

A post shared by MattiasFredriksson Photography (@mattiasfredrikssonphotography) on Apr 17, 2019 at 8:59am PDT

Someone once said “the mountains are a small place”, which is a phrase that reveals a deeper truth about our tight-knit community. We’re all family. So when we lose a member of tribe, the tragedy ripples throughout us all, erasing distances and bringing us together as one. Dave Treadway was an incredible human both on and off the snow, an absolute legend whose impact on the mountain community will last forever. He passed away skiing in the Pemberton backcountry on Monday, and the community is coming together to express their strong, universal love for Dave and the extended Treadway family. If you’d like to help, there’s a gofundme page (link in our bio) that’s been started to help his young family. // In the meantime, here’s an old clip of Dave from the early days of Sherpas Cinema. His skiing always spoke for itself, but so too did his ability to navigate through mountain terrain. He taught us a lot on this trip. Rest in Peace, Dave. And thanks for the everlasting spirit that you’ve left behind. 🙏

Dave Treadway in 2011 at the Red Bull Cold Rush at @silvertonmtn — I still remember how nice he was when I met him and how excited he was to be there competing with everyone. RIP.

I love the mountains. I hate the mountains. Moments before I took this photo last night, I remember thinking how much I love this stuff – skiing powder, filming, watching the sunset from the top of a mountain, camping in the cold, & doing it all with a great group of friends. Moments after I took this photo I received a call – the kind you don’t want to get. We’d lost another brother to the mountains. Noooooo! Too many. I hate this! Why?! It didn’t make sense the first, 4th or 10th time I’ve had this call, and it doesn’t make sense now. All I know is the world just lost an incredible human being and a wonderful family is suffering unthinkable grief. All my love to the Treadway family. You will be deeply missed, Dave. ❤️

Saddened by the news of Dave’s passing. If you had the pleasure of meeting Dave, his passion and love for Life was immediately evident, His energy was contagious. We lost a great Human. His spirit and legacy will live on ! RIP Dave! Click the link if you’d like to support his beautiful family.

These giants, reaching up to the sky, are powerful. They have taught me my most valued lessons and taken from me what I care about most, my friends and extended family. We lost an incredible member of our community and my heart is sending love and light to Dave’s family and friends. The last time I saw Dave was this summer in Pemberton. I spent most of my time with his son Casper on my lap in the grass. His wide eyes curiously met mine as we talked about each of the rings on my fingers. He asked why I didn’t have a wedding ring, where these stones came from, why I wore my rings…all the questions. He was sweet and I could have just sat there for a while longer locked in conversation with this child who very clearly held his family close and was keen for adventure, much like his dad. ❤️ Sending all of my love ❤️ Please visit the link in my profile to help support Dave’s family.

We lost a superhuman 💔An incredible father, husband, skier and friend. I’m grateful for the time I got to spend with Dave in the mountains. Let’s rally around Tessa and the Treadway family during this extremely difficult time, link in profile✨@freerange.family

The Raddest Guy In My World. ⚡️⚡️⚡️ A Celebration of Life for Dave will be held at Pemberton Secondary School this coming Monday April 22, 2019 at 2PM.