Sometimes it’s better to have low expectations coming into things. If they don’t go as well as planned, you won’t be disappointed. when they do turn out well, you’re that much happier with the result.

Such was the case last weekend in Switzerland at the second annual Nendaz Backcountry Invitational hosted by Tanner Hall and Mont Gele Gear. With conditions looking meager at best, no snow in the forecast and the weather window closing fast, the organizers decided to go for broke and hold the event on Saturday, February 5. It’s a good thing they did, because what ensued will surely be remembered as one of the biggest send-fests in recent years.

Enjoy all the moving highlights from the Nendaz Freeride Backcountry Invitational

Yesterday shouldn’t have happened like it did. that’s the best way to explain it.

Backcountry freestyle is a much-neglected event format in skiing. The idea is simple: build a bunch of jumps on some playful natural terrain, and let a group of hungry skiers loose on them. Glory and carnage is practically guaranteed. Yet, we haven’t seen a proper BC freestyle contest since the days of Cold Rush (last event: 2016), Linecatcher (last event: 2015) or the Skier’s Cup (last event: 2016). There are a few reasons for this. It’s hard to find sponsorship support for an event that doesn’t fit into the now neatly defined categories of freeride and freestyle. It’s even harder to run an event that requires quite specific snow conditions to make it a real success. 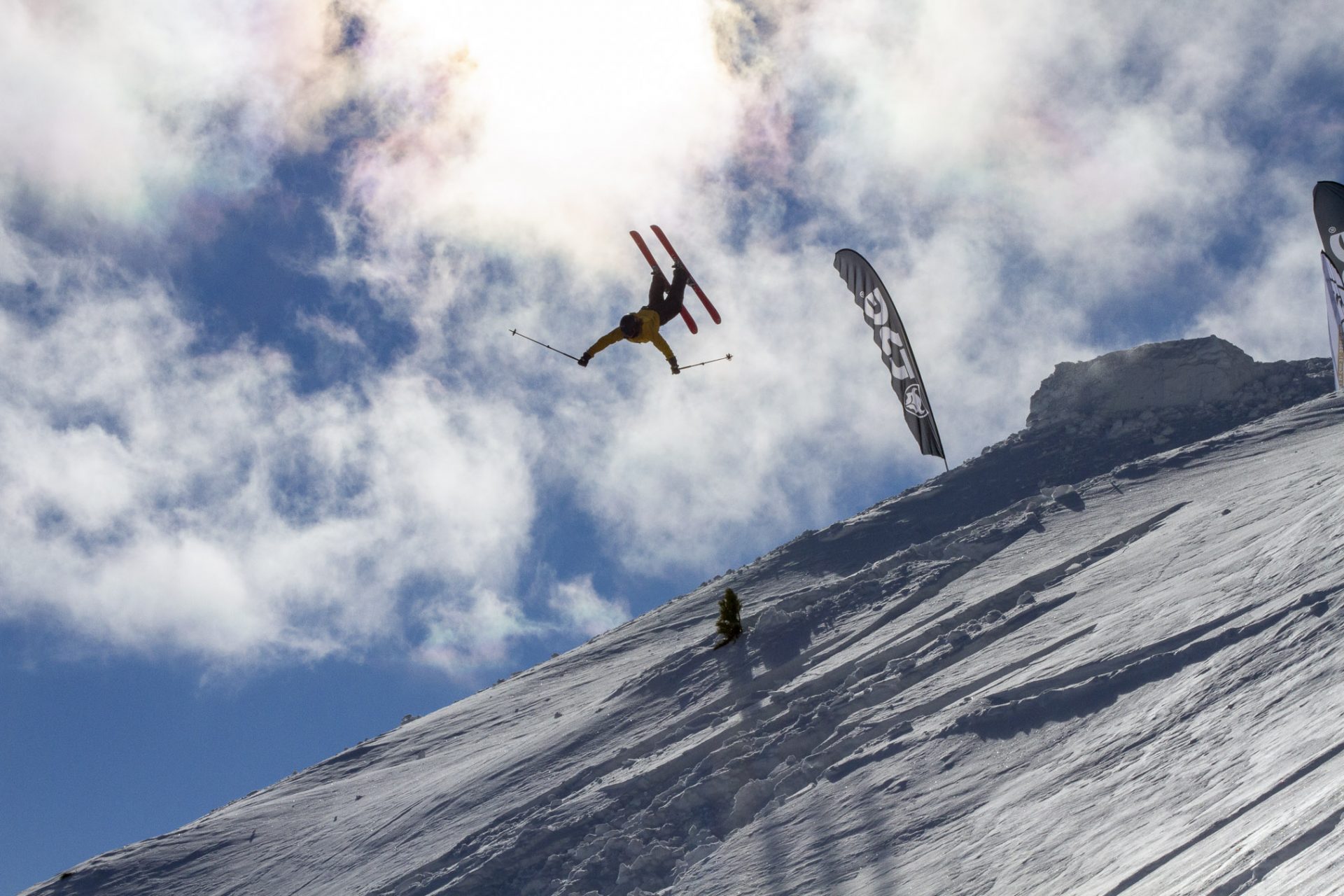 How much send went down on Saturday? This backflip by Magnus Granér is a good indication. Photo: Stone 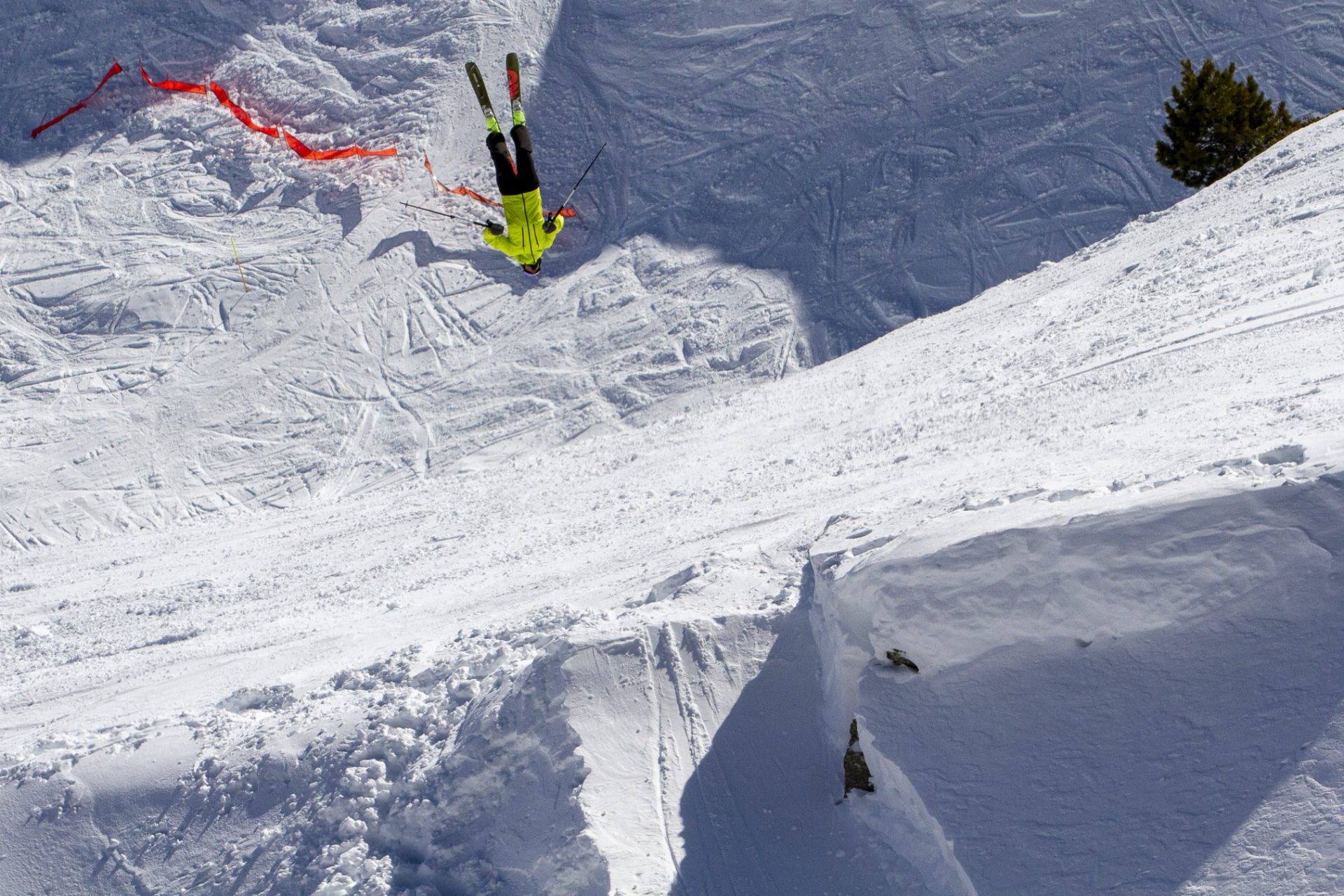 In Nendaz, the first of these prerequisites was fulfilled by Mont Gele Gear, a start-up outerwear and apparel company based in nearby Verbier, who jumped in as the event’s main sponsor. They also brought in their flagship team rider, Tanner Hall, as the official frontman for the event. 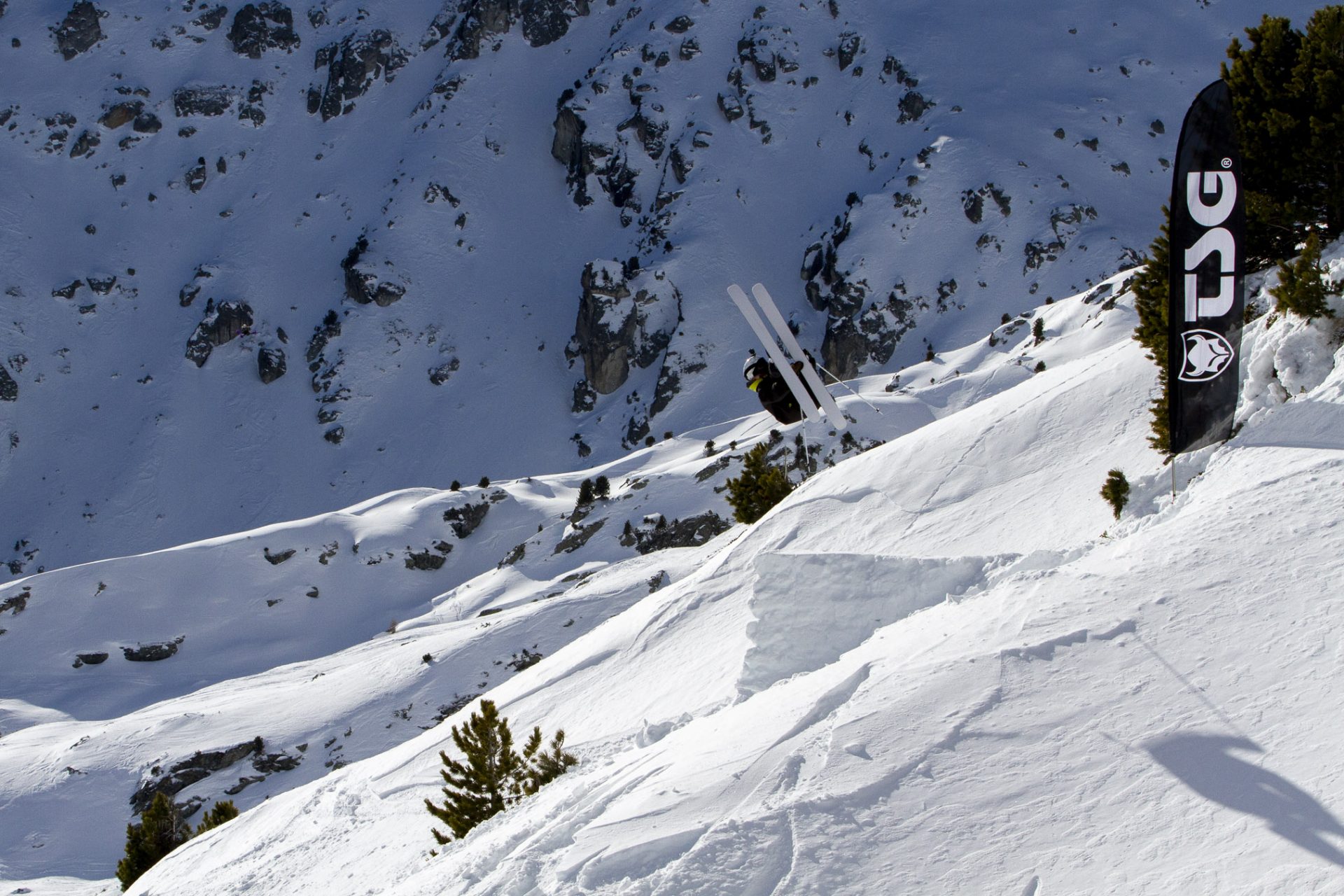 Tanner Hall was supposed to be chilling in the judges' booth. But as soon as the action picked up, he was in the middle of it with a run that included the first double flip of the day. Photo: Stone

We’ve been working with Tanner and Nendaz, and had this amazing brainwave about bringing the two together. Last season’s Invitational caught attention more than we ever thought. That’s what sparked this. We realized there’s a real appetite, people are hungry for this. So we just put two things together and thought, ‘How can it not be magic?’

The challenge of good snow conditions, however, seemed formidable, all the way until the first rider dropped on Saturday. The venue was most definitely not in prime shape. The snow base was hovering somewhere close to the minimum needed to be skiable at all, and little fresh snow had fallen in recent weeks.

The riders came into Saturday expecting, at best, a jam session on some of the jumps. Then the first snowboarders dropped in and stomped full runs, and all of a sudden things were on in the very best of ways. The vibe went from 0 to 100 in no time at all. 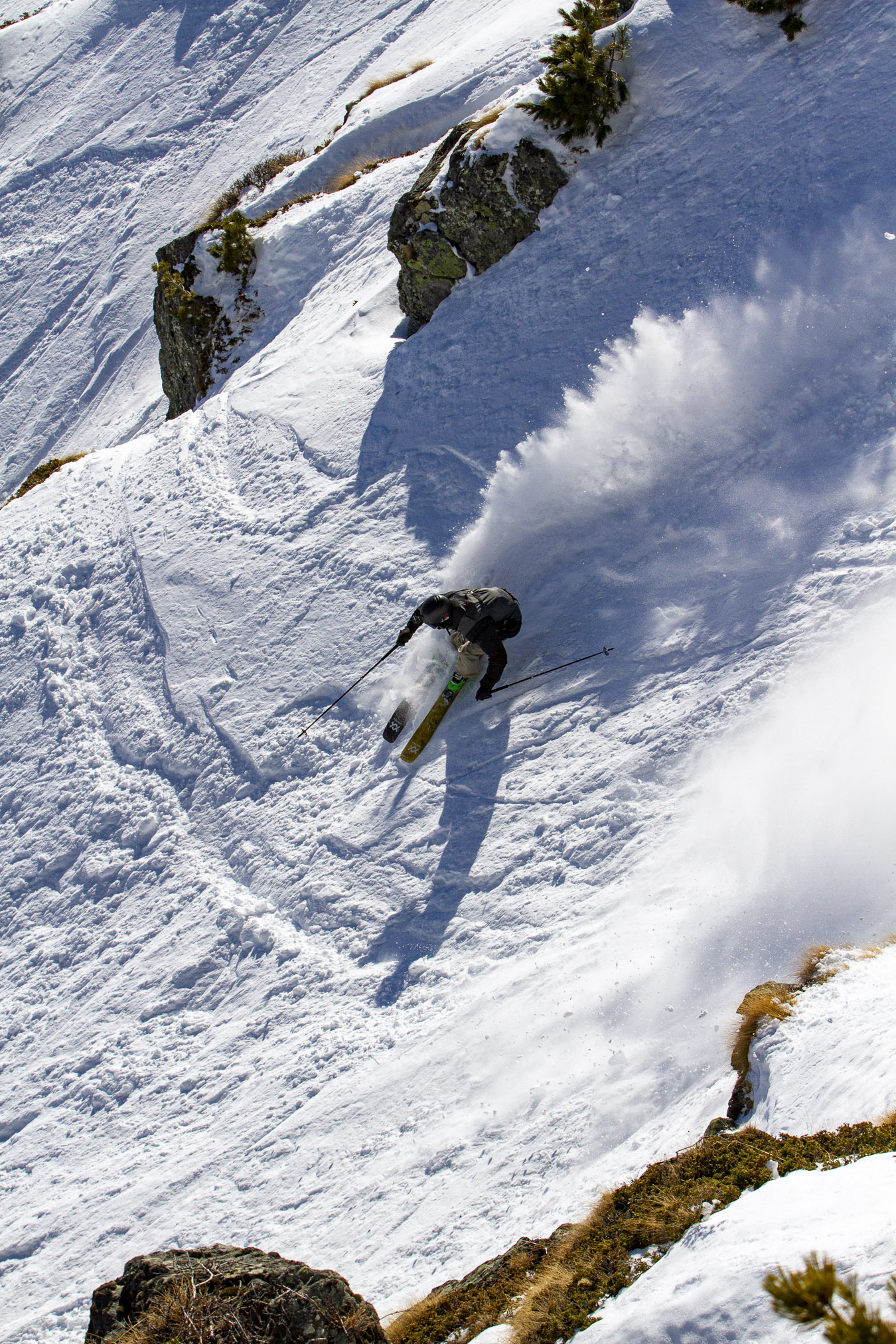 It turns, out the conditions weren't half bad. Tom Ritsch finds out. Photo: Stone

Over the course of three runs, some absolutely wild stuff went down. Memorable performances were delivered by almost all the riders, with a surprising number of runs stomped clean. When the dust settled, a few of them had risen above the rest. In the women’s ski field, Elsa Sjösted landed some nice 360s and attempted a cork 7 that she unfortunately couldn’t stick clean, good enough for third place. Lea Bouard sent a few absolutely massive backflips right into second place. The top spot on the podium went to Alisson Charmey, who linked together clean spins together with a front flip to take the win.

Elsa Sjöstedt sent this nice cork 720 to her feet, but couldn't hold on to the landing. Photo: Stone 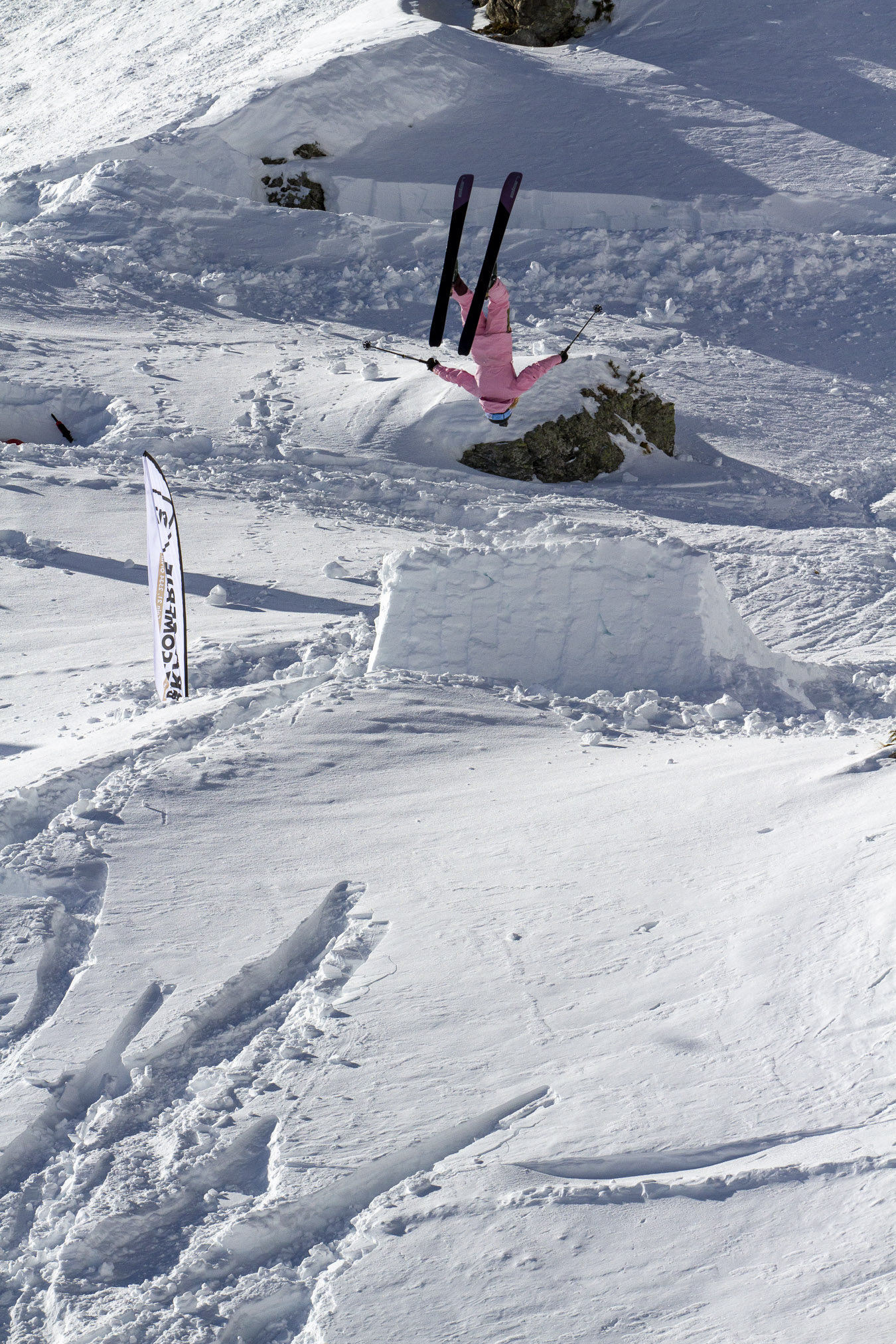 Lea Bouard getting in on the party. Photo: Stone

Best day in years. Everyone was sending it. It was insane just to watch everyone send today. 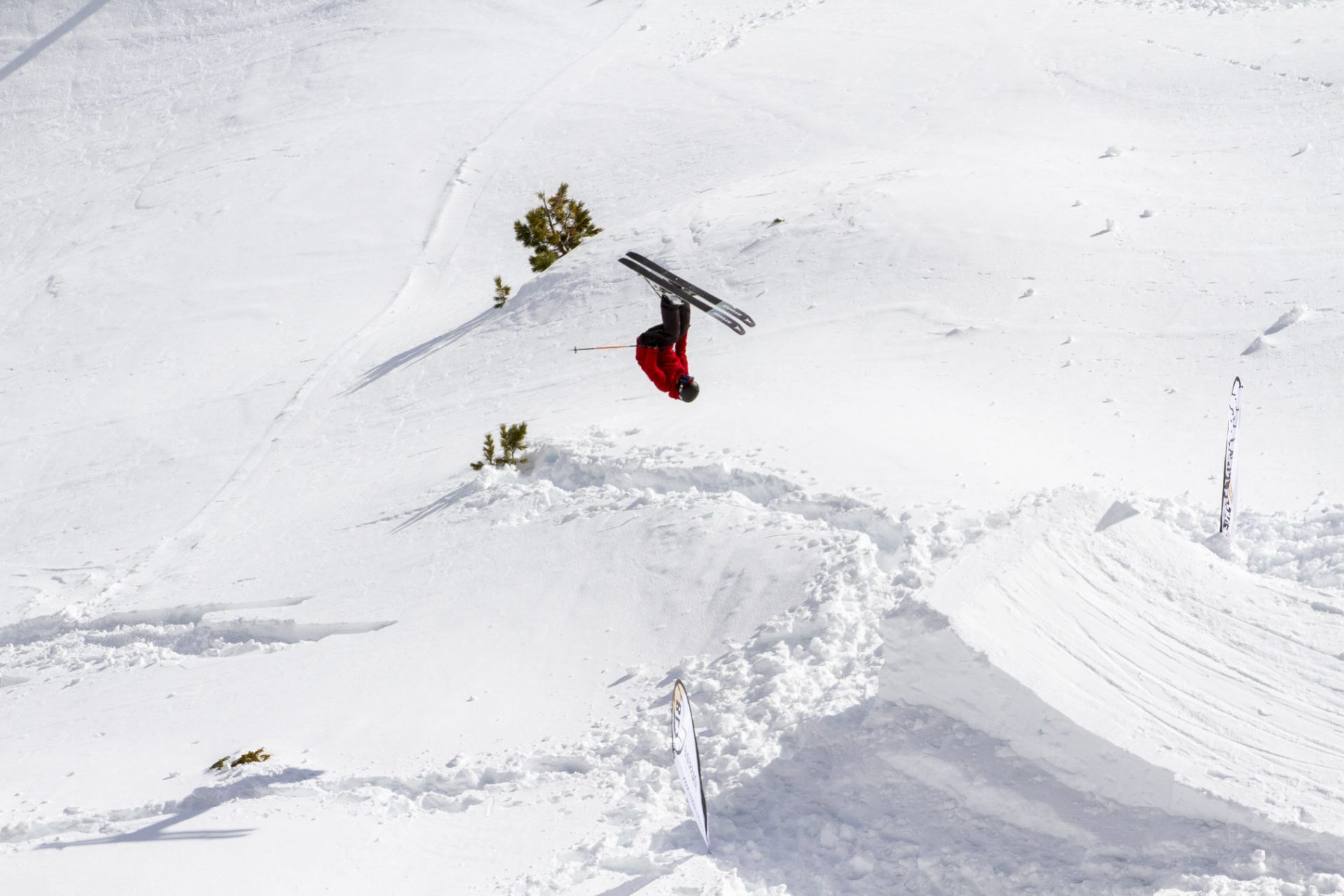 On the men’s side, Markus Eder claimed third place with the help of a picture-perfect cork 720 tail, cork 360, and a huge flatspin 720 japan directly into a nosebutter 720.

I haven’t experienced such a cool competition in a long time. It actually started off with not the best snow. But As soon as the first few riders dropped, we knew it was on. These riders usually never come together—I never thought that I would get to ride with guys from so many different aspects of the ski world… All of us skiing the same run, and everyone super hyped about each other.

I really appreciate Nendaz a lot for organizing this. We were all super stoked to come out because we’ve been dreaming for years of having something like this. Even when the conditions didn’t seem amazing, everyone was hyped to come and show our support for competitions like this. I’ll definitely becoming back. 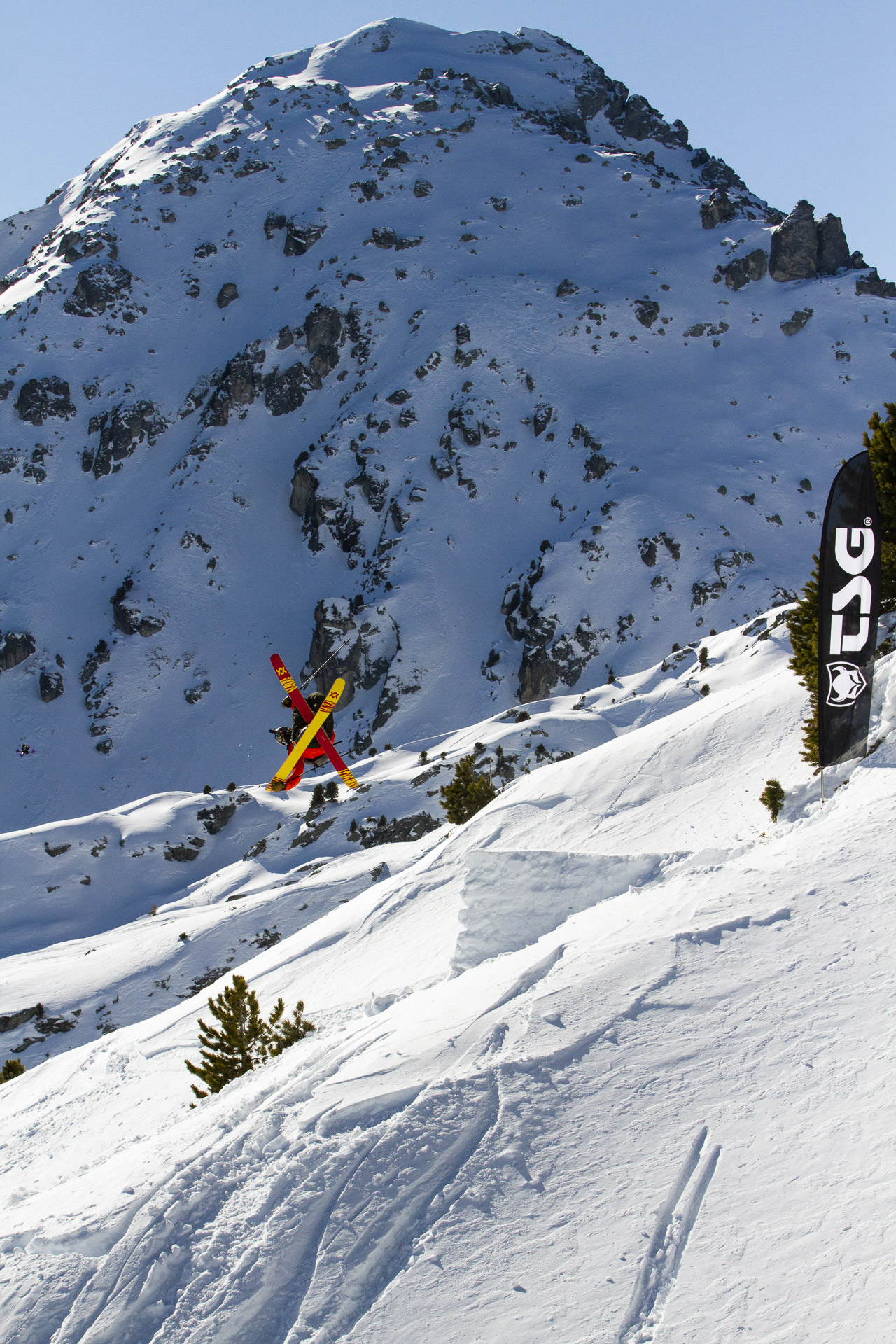 This cork 720 from Markus was one of my personal favorites from the session. Photo: Stone

The two top runs of the day were delivered by riders who chose more creative lines. Instead of hitting the first kicker, Sampo Vallotton opted for a natural transfer gap that sent him straight over the kicker from a different angle. He then landed a huge backflip and one of the day’s highlight tricks, a switch 900 on the central booter, before closing with a 360 and a double backflip on the bottom hit. 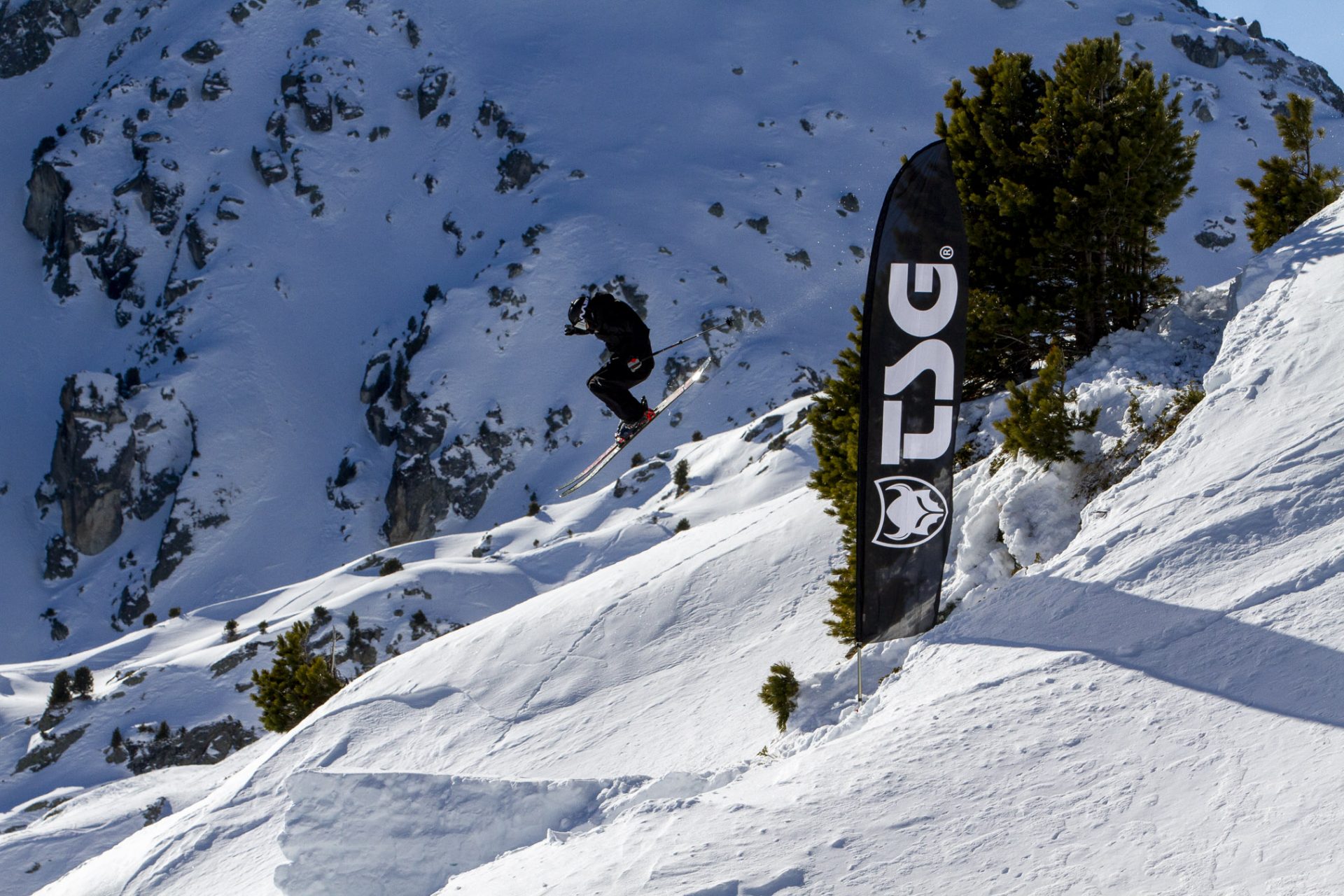 Sampo Vallotton lined up this unique gap crossing directly over one of the booters. Photo: Stone

Today was so sick. We didn’t expect that. Everyone went ham and we had such a sick session between all the homies. I’m hyped to be part of it. 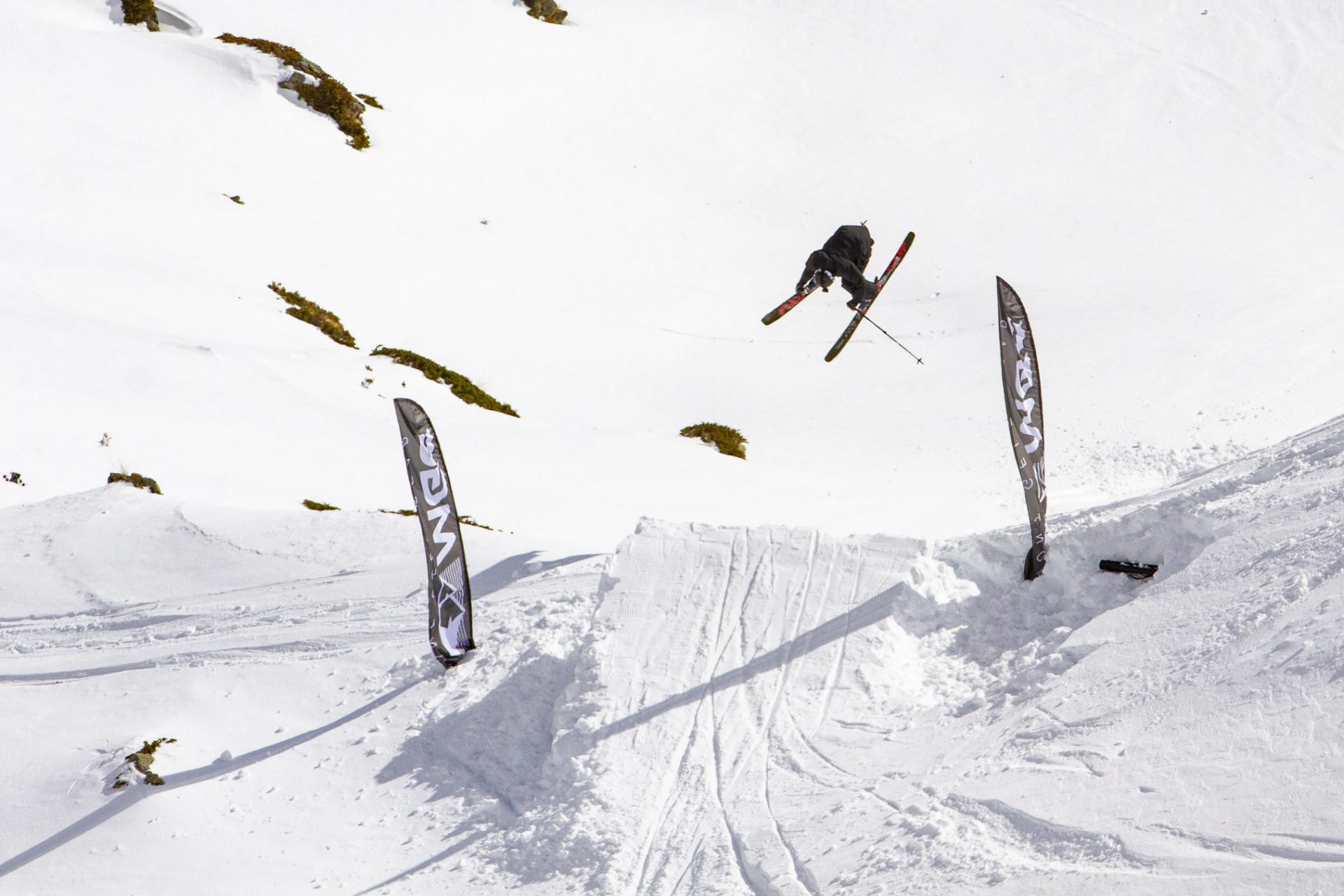 Coming in a unanimous first place was Magnus Granér. Magnus took a completely different approach to the venue, dropping in with a nosebutter 360 before launching into a backflip off a natural takeoff that would be more at home on the Freeride World Tour. After blazing through a spicy freeride line into the lower jumps, Magnus linked together a lofty rightside cork 720, a leftside bio 720 and a backflip, then sealed the deal with a huge 180 on the bottom hip that may have been the day’s most stylish air. 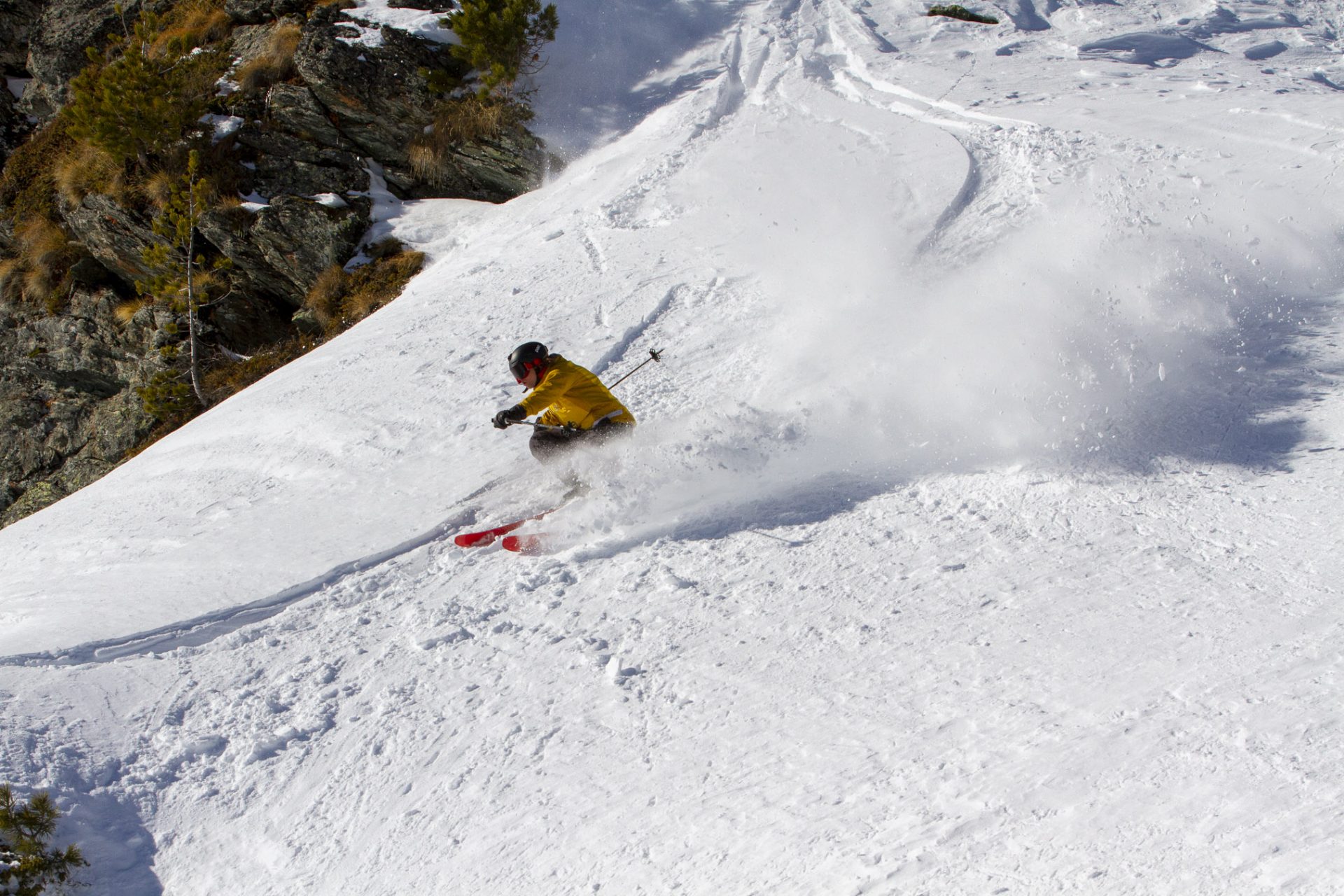 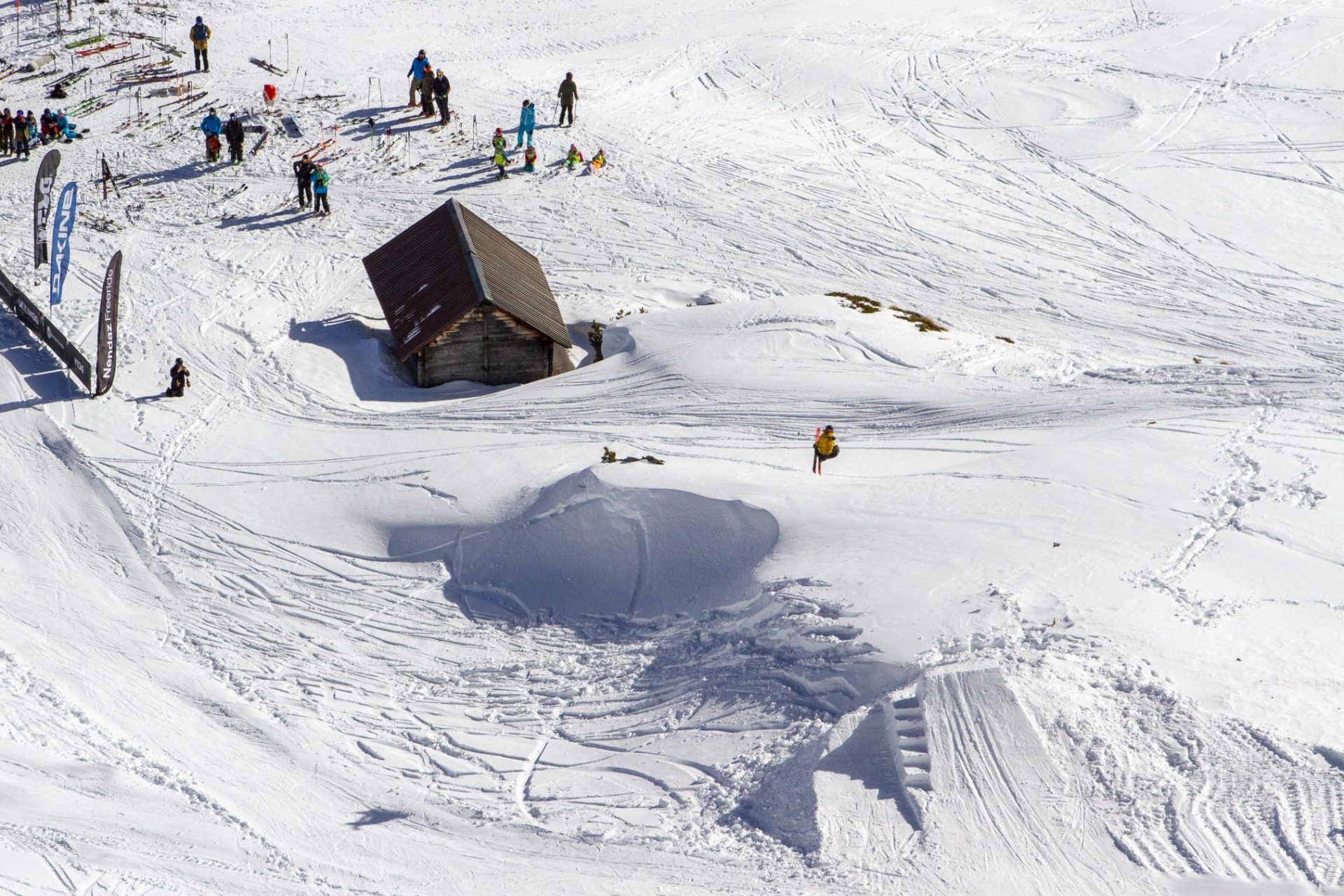 This 180 was one of the day's highlights. Photo: Stone

Magnus is carried to the top of the podium by the members of the newly founded Skier's Union. Photo: Lévy Loye

It was an epic day. We weren’t sure how hard we were going to go, and then you just see people dropping in, and the vibe just keeps building. And then we basically just went bonkers on them. 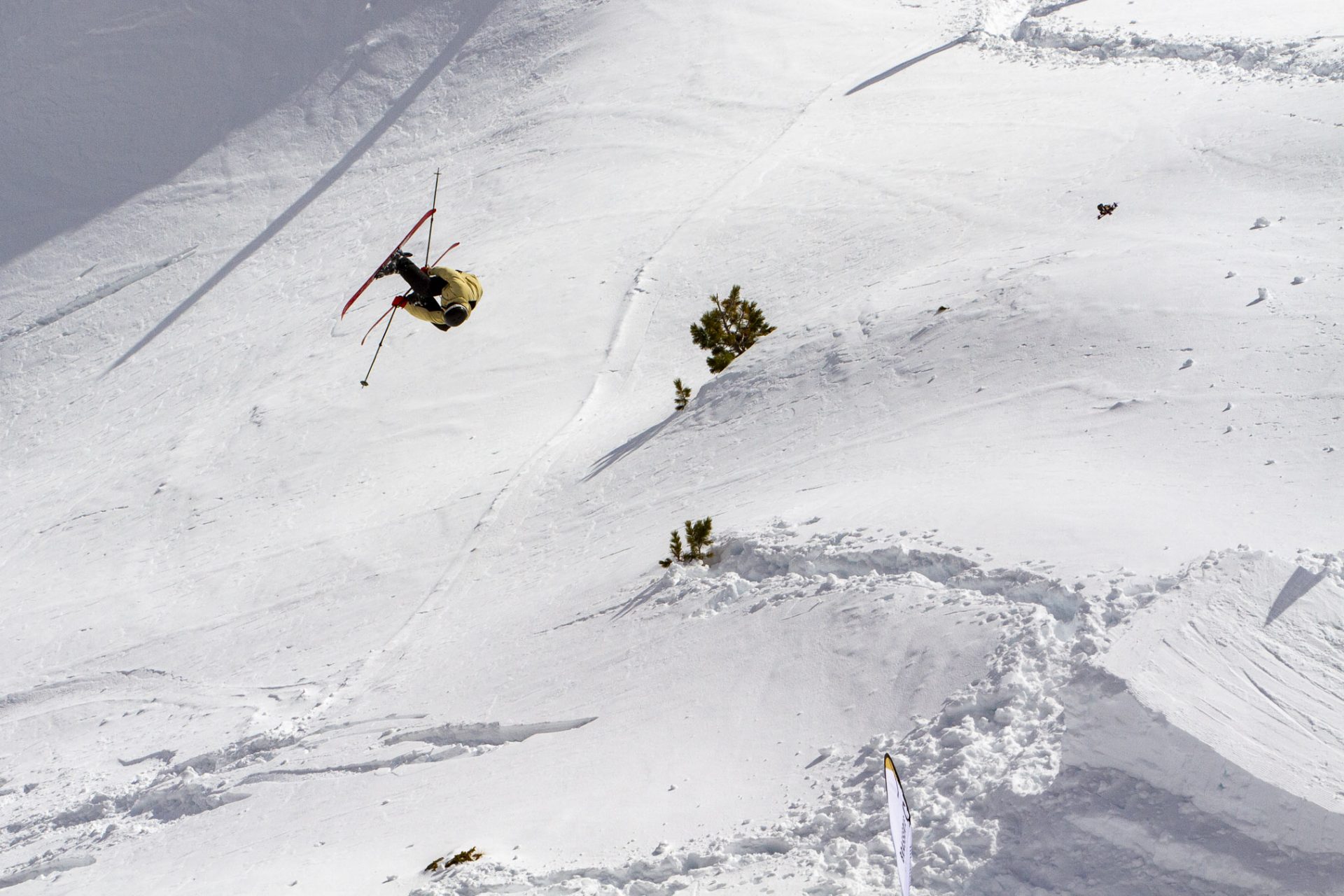 "Judge" Alex Hackel doing some sending of his own. Photo: Stone

What a day to be alive in Nendaz. A huge thanks to all the people who made this very special event happen: the shapers, sponsors, cameramen, the resort and all the riders who made a special point of attending. Let’s make sure that skiing has plenty more wild ruckuses like this in the future. The Nendaz Backcountry Invitational has shown that if you build it, they will come.