On Tuesday, January 25 the Freeride Junior World Championships (FJWC) made a triumphant return to Kappl, Austria and the Quellspitze face after a two-year break. Despite challenging snow conditions, the wide variety of terrain and large choice of lines made for an excellent competition and a welcome return to the home of the FJWC. 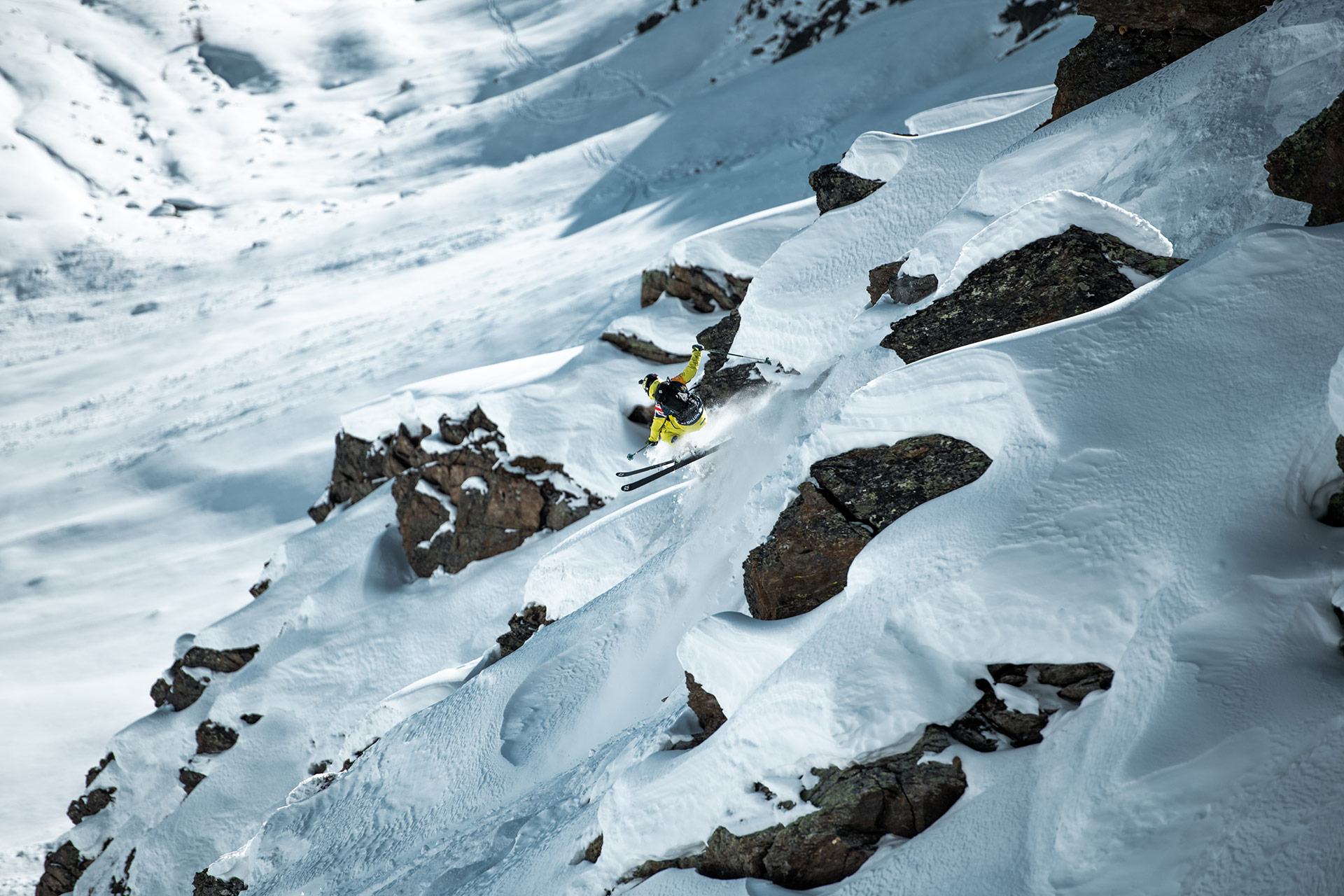 As always with the young guns, sketchy snow conditions weren't holding anyone back from sending. Dillon Hennessy demonstrates.

With the competition beginning at 10:30am, the Snowboard Women were the first to drop. In what was to be a complete podium for the American athletes, Lila Yeoman (USA) took the win. With difficult conditions she made the most of the face to show the judges a creative and flowy line. Samantha Lansky (USA) and Kaiya Hanepen (USA) finished in second and third to complete the US dominance in the category.

Tavo Sadeg (USA) finished first in the Snowboard Men’s category with a strong and technical line. He headed into the steep and exposed section of the face and highlighted his run with an exposed drop into a tight shoot to show exceptional control and technical ability. With 88 points Tavo stood comfortably at the top of the podium. Maceo Peresson (FRA) and Vaughn Hardwick (AUS) completed the podium.

Jenna Meyers (USA) stormed out of the start gate as first to drop in the Ski Women’s category. Linking a fast and fluid line with strong technical skiing Jenna scored 80.67 points. She took an early lead, where she stayed for the remainder of the competition! Sonja Taudien (SUI) and Alizée Grivel (SUI) finished second and third respectively with two strong runs on the Quellspitze. 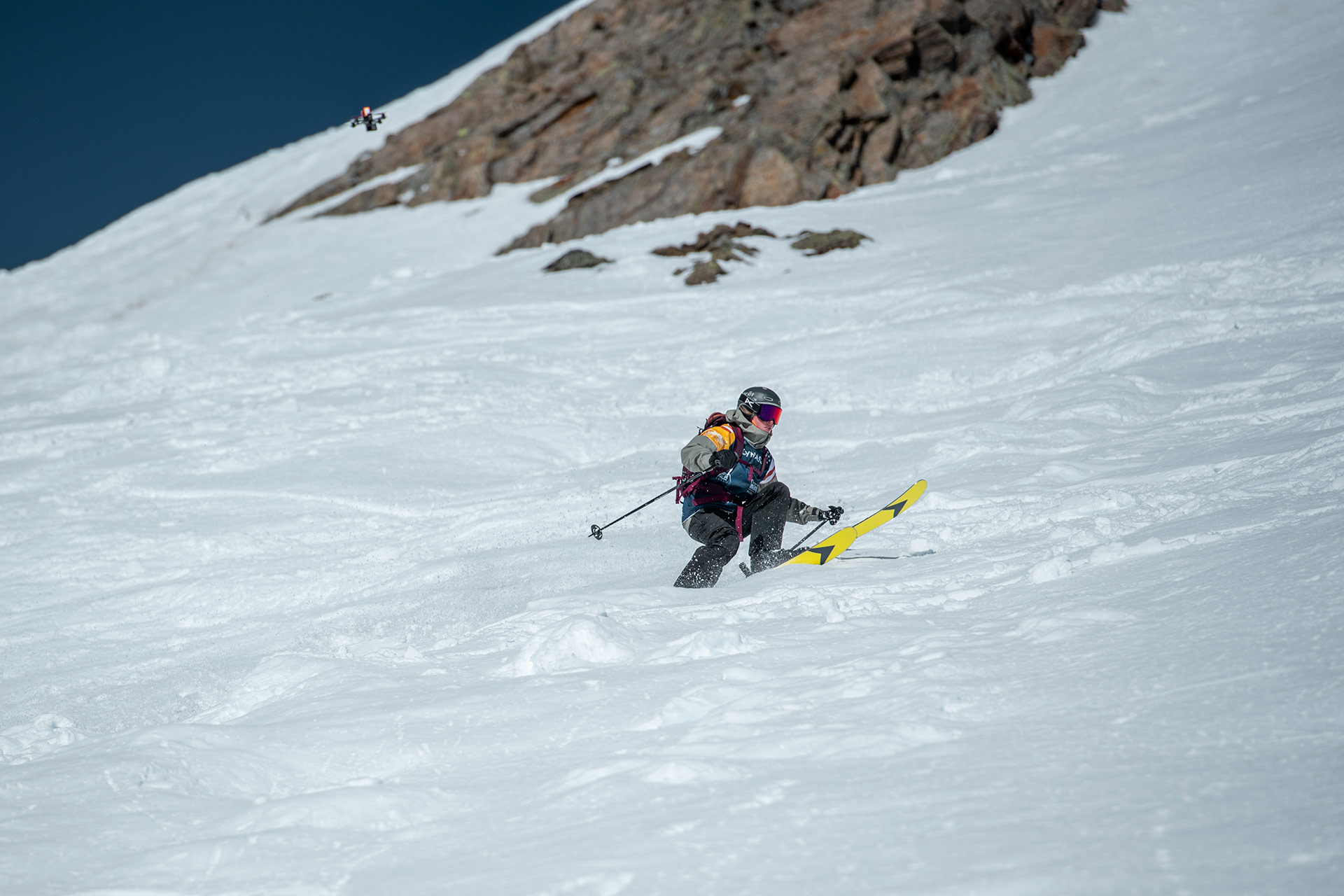 Winning with the first run out of the start gate in the category? That's quite the feat for Jenna Meyers of the USA. 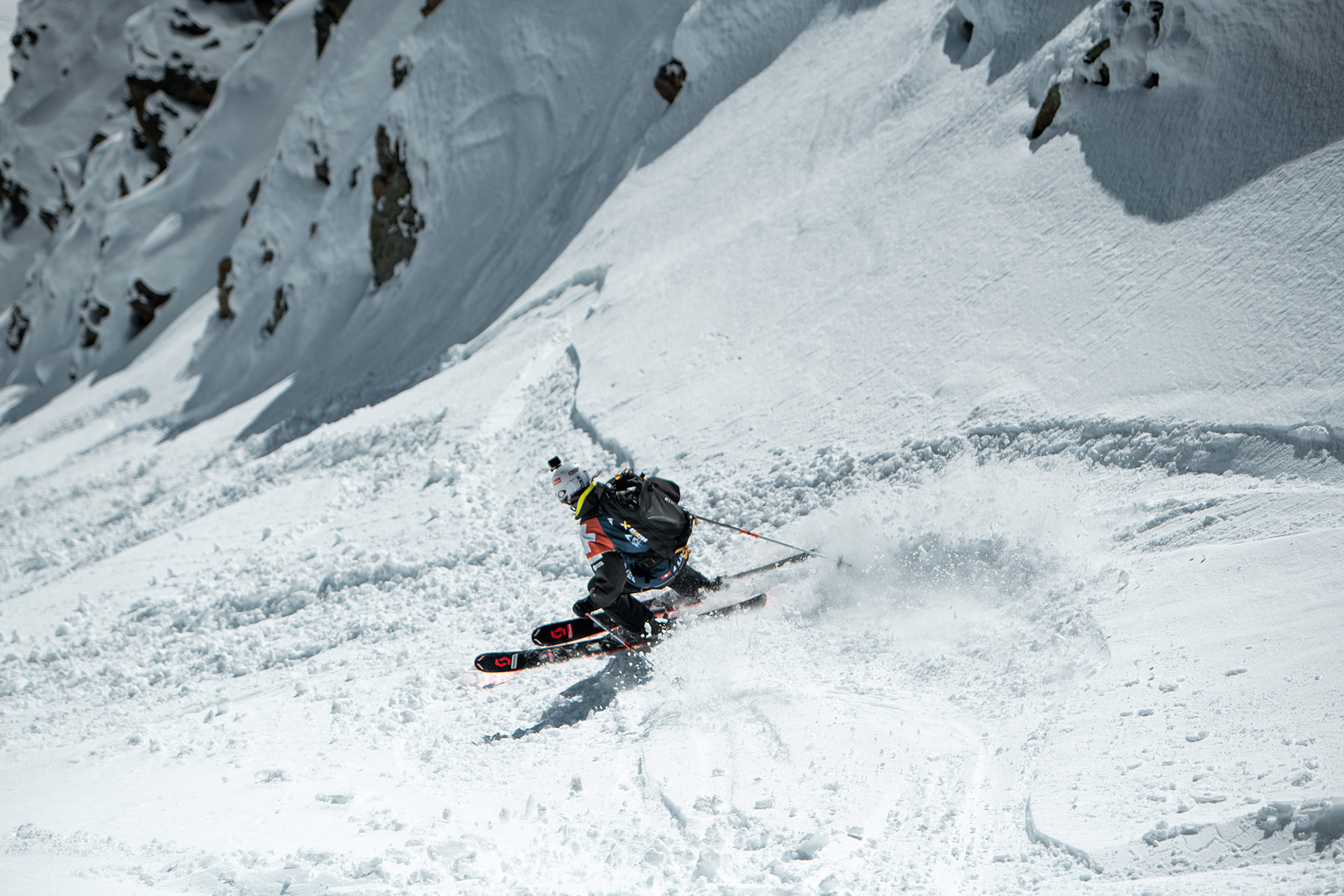 Alizée Grivel charges her line on the way to third place.

The large and very competitive Ski Men’s field put on an impressive show in Kappl despite the changing snow conditions across the face. Martin Bender (SUI) stopped what could have been a win in every category for the US athletes, riding a creative and technically challenging run to take the win on the Quellspitze. After dropping in, he sent several big airs before heading into a fresh zone on the face and lacing a hand-drag 360 to consolidate the run of the day. With 95.67 points Martin took the lead from Jean Tonnelier (FRA), who was previously in the lead with 92.33 points. Jack Kolesch (CAN) finished third. 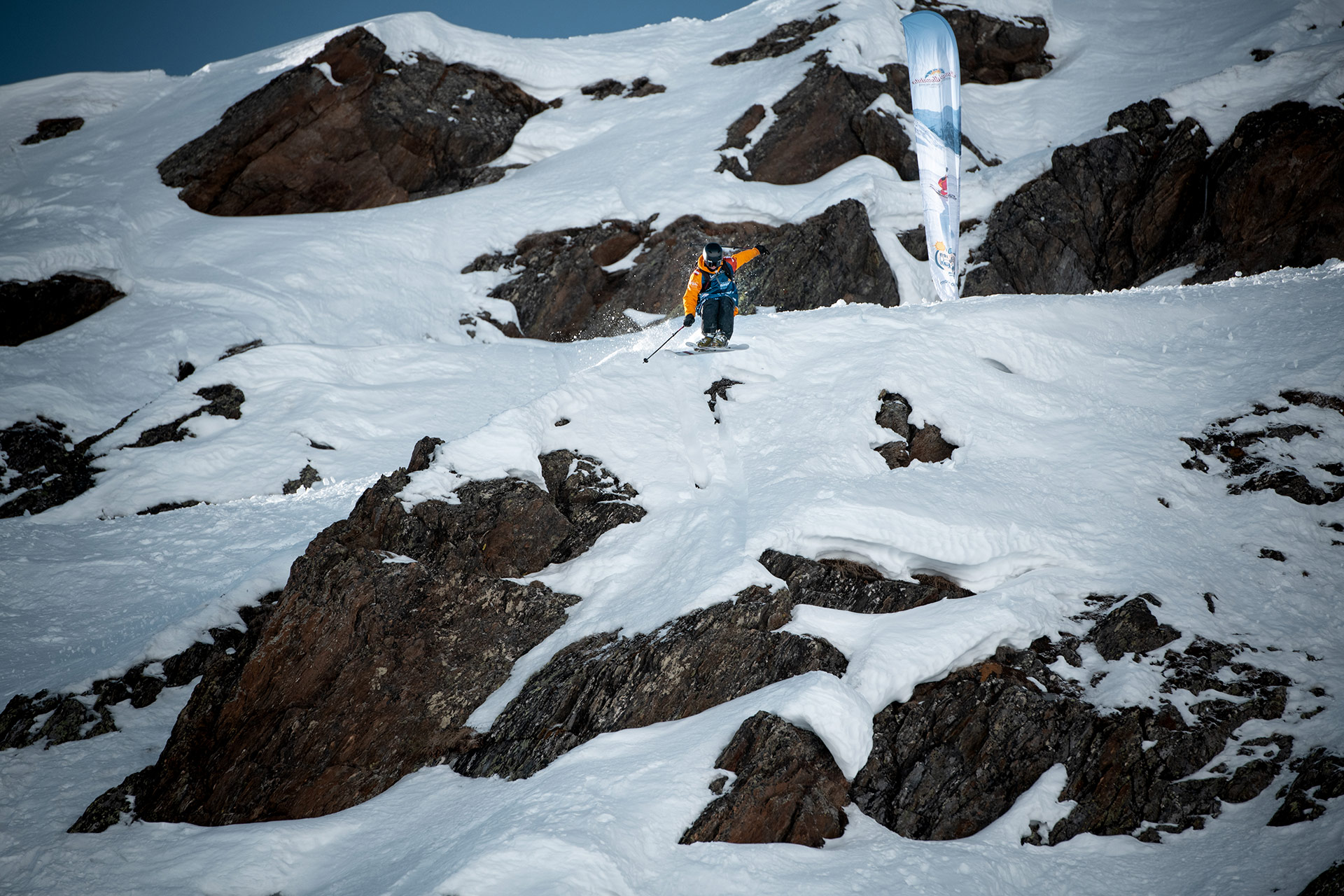 Martin Bender on his way to the win the ski men category. 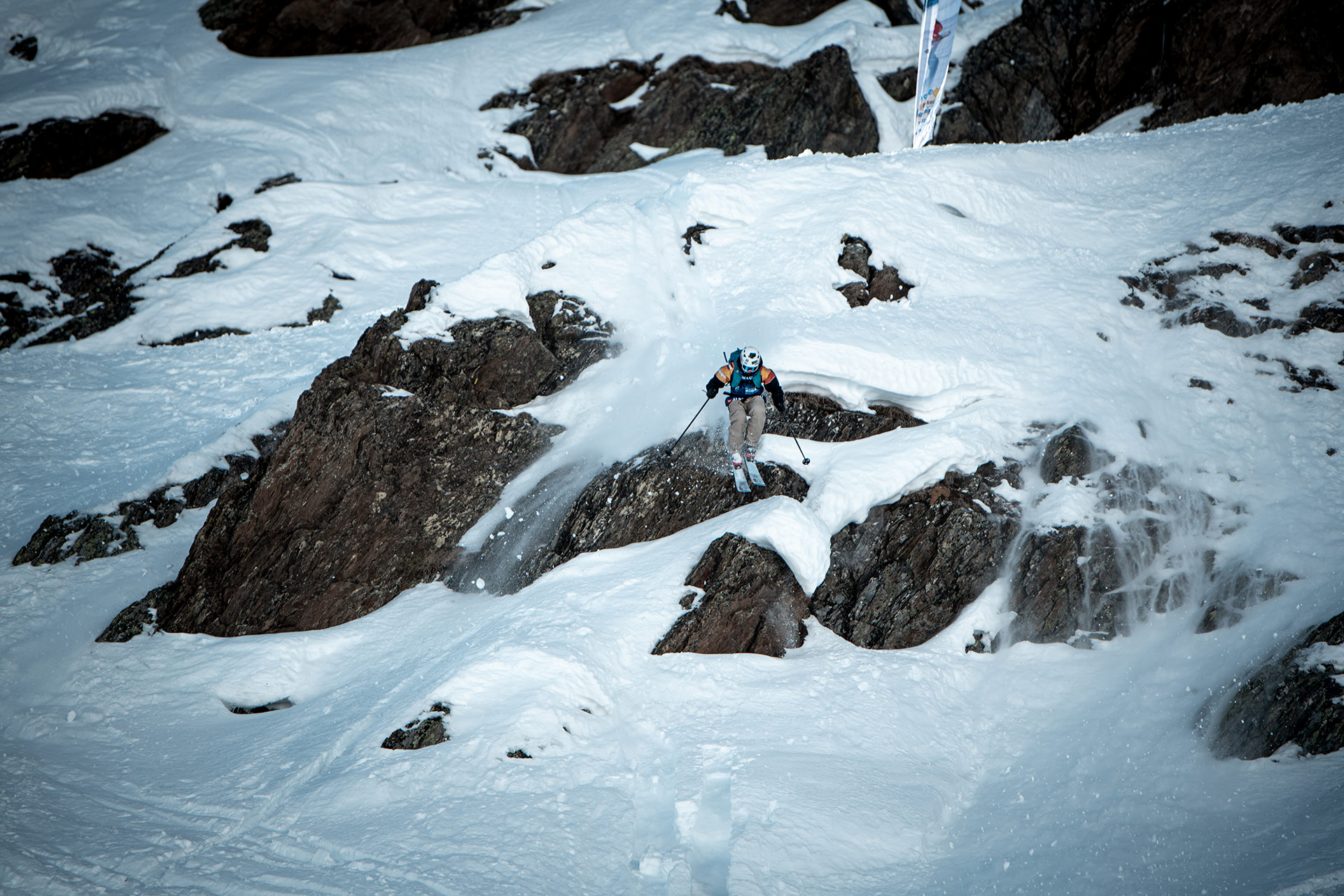 The level of riding in Kappl today showed, without question, that the future of competitive freeriding is in good hands. Find the full results list and complete competition replay on freerideworldtour.com.