That's a lot of skis for one podium!

Six teams and 17 athletes threw down in the Dew Tour Team Challenge today, and when the snow spray subsided, Team Atomic—consisting of Miguel Porteous, Fabian Bösch, Gus Kenworthy and captain Jossi Wells—stood victorious atop the podium.

Now in its third year, the Dew Tour’s Team Challenges gets ski teams involved in the normally individual sports of slopestyle and halfpipe, to see which squad brings the most skilled team overall to the fracas. In 2018, Armada, Atomic, K2, Völkl, Faction and Head fielded teams for this one-of-a-kind showdown — the only real team showdown in skiing since the retirement of the legendary Orage Masters event. 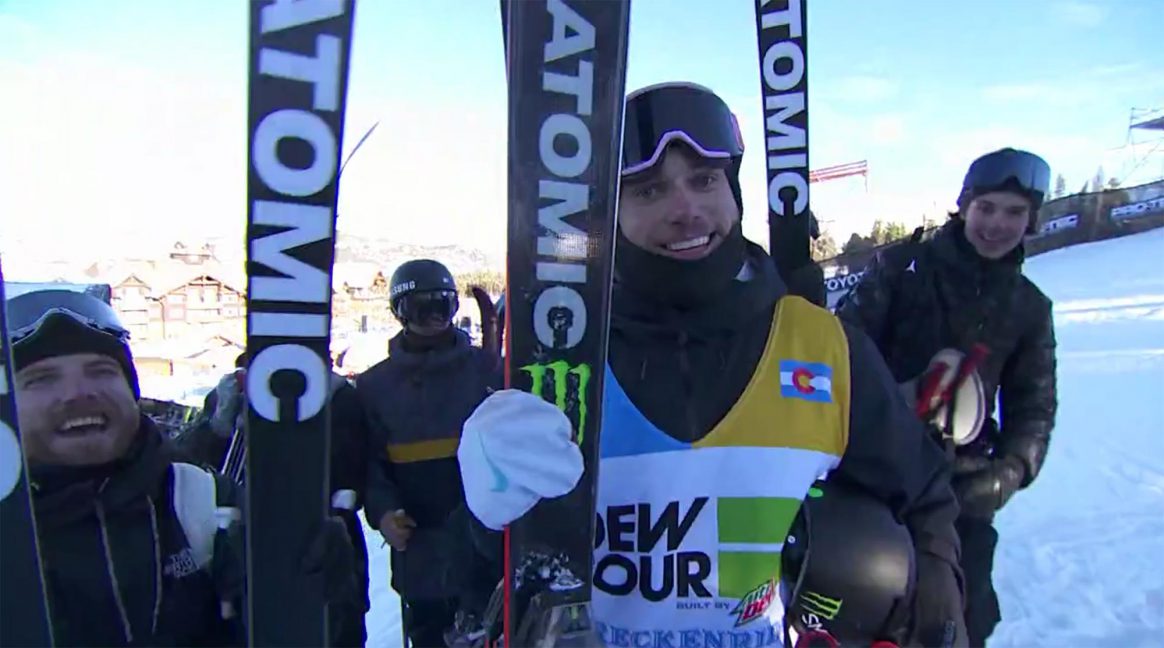 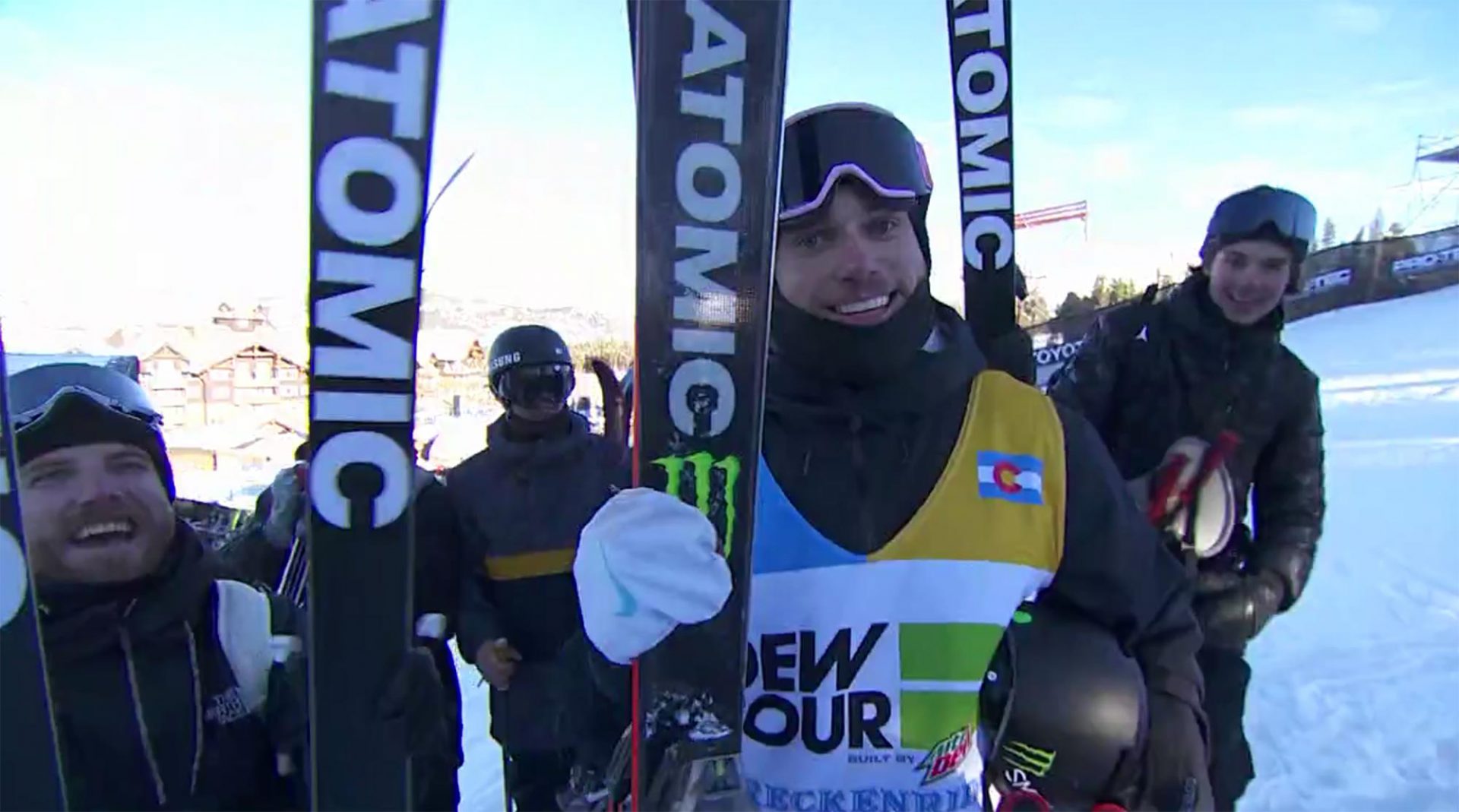 Atomic took the lead right out of the starting gate, with Miguel Porteous posting the top score in the Modified Superpipe portion of the event. Porteous was large and in charge throughout the complex mod-pipe course, lacing hit after hit, including a flawless right double cork 12, with impeccable style, and quite frankly looking like he was asleep on the expertly-performed head-nod afterbang. Team Armada’s Torin Yater-Wallace, subbed in for Tanner Hall for as-of-yet unknown reasons, picked up the second-best pipe score with a banger run full of his signature style, but was knocked by the judges for spinning almost entirely to the right.

In the jumps section of the contest Atomic again came out on top, as Fabian Bösch unleashed hell in three hits with a switch right double 1440 double Japan grab, switch double misty 1260 safety to the bottom of the second jump, and a squeaky-clean left double cork 1620 tail to round things out for a high score of 94.00. Evan McEachran from Team Head posted the second-highest score with back-to-back switch dub 14s, while Mac Forehand gave Team Faction a boost with the help of a glorious switch dub 12 tweaked mute and a dub 16 of his own.

The Team Challenge ended in the Jibs section with six heavyweights—Alex Hall, Jesper Tjäder, Gus Kenworthy, Henrik Harlaut, Alex Beaulieu-Marchand and Colby Stevenson—giving it their all to carry their team across the finish line. On his second run, the stars aligned for Alex Hall on a rail run that has to be seen to be believed, which collected the highest score and launched Faction from last place into second. Full of mind-boggling double swaps and a film-worthy switch 2 on, tail-tap pretzel 4 out on the final rail, A-Hall’s run might actually be the best technical contest rail skiing seen yet on this planet — although to be honest, there were a few too many swaps in there for this writer’s liking. But if you’re going to swap, this is the way to do it.

The rest of the jibs section was a straight throwdown, full of nutty rail transfers and generally top-notch skiing. By this time all of the skiers had coalesced into collective team vibes, channeling a lot of energy into the event — a great moment was watching all of Team Armada charging down the course behind Henrik Harlaut on his final run. 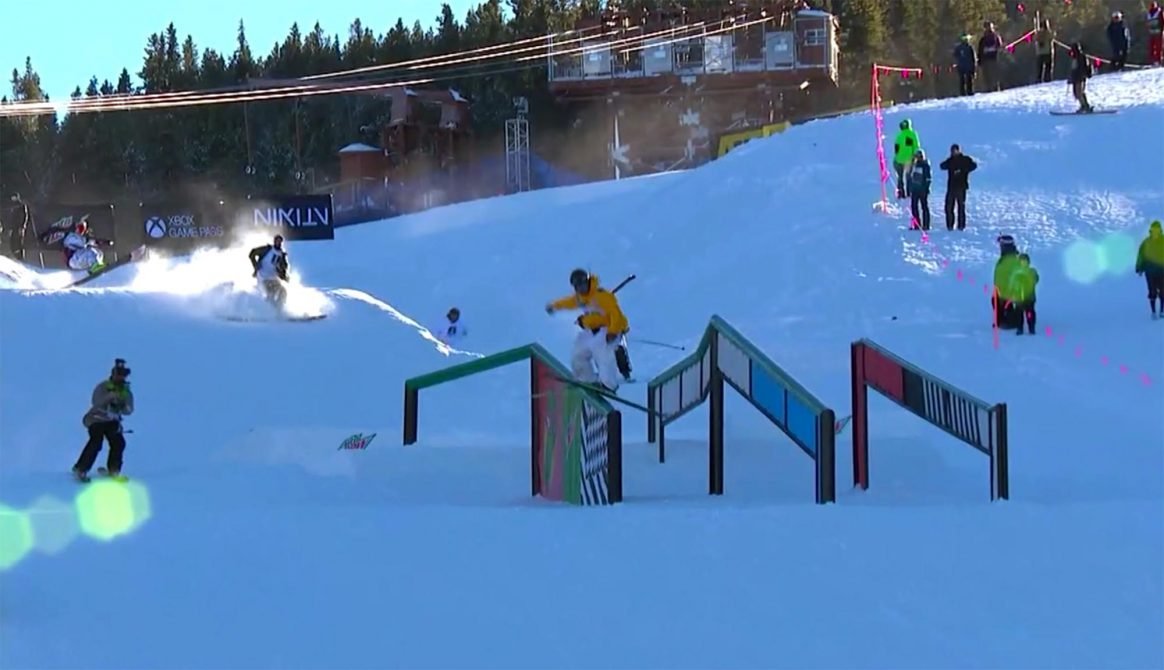 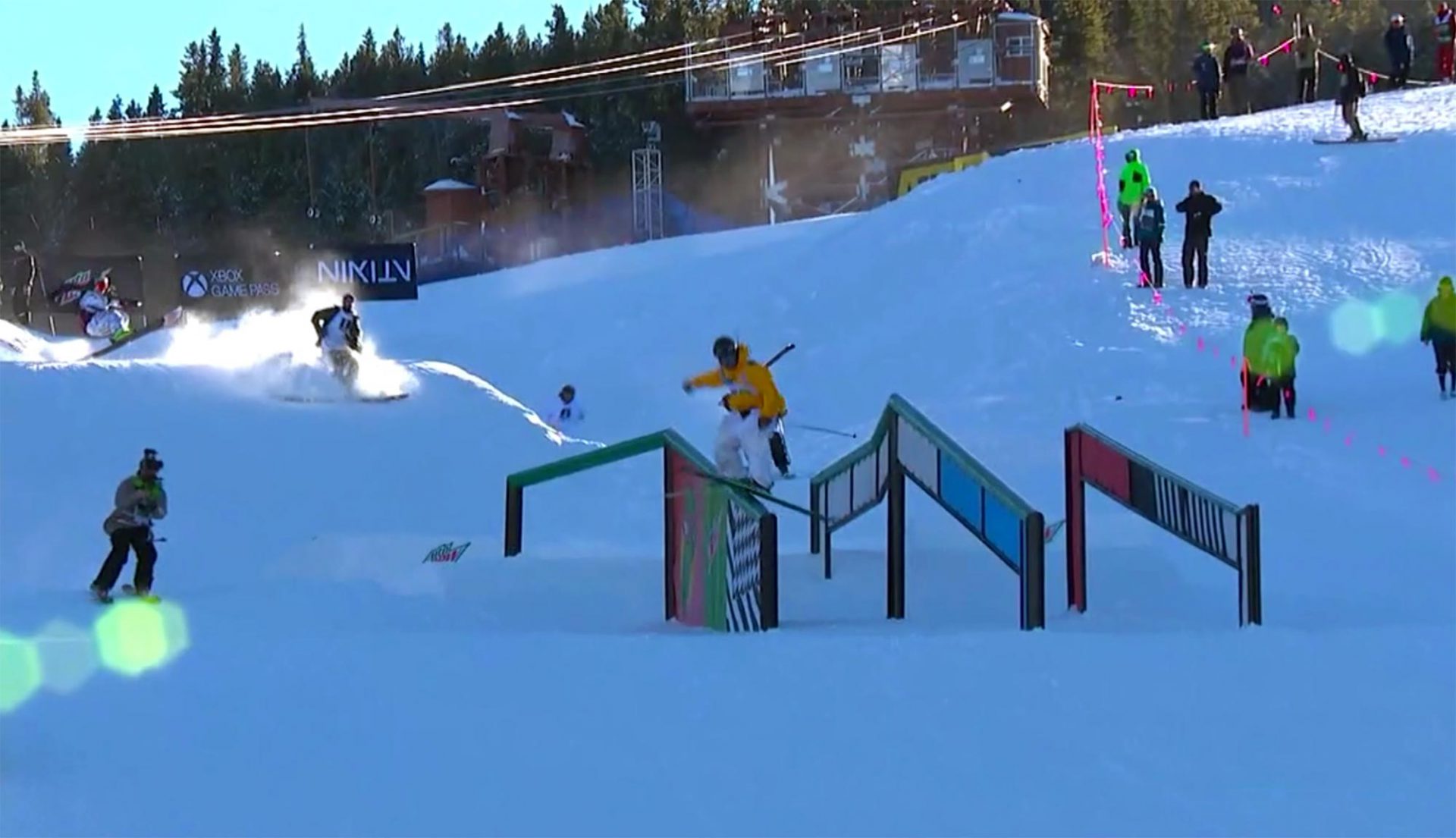 Quinn Wolferman background props while Henrik laces up a disaster 450 on.

All in all, the Team Challenge provided a tantalizing glimpse of the action still to come in the modified pipe and on the slopestyle course, while breaking up the monotony of standardized contest formats in a much-appreciated manner. So let’s trot out that old workhorse of a phrase again: skiing needs more events like this.

The Winter Dew Tour 2018 continues tomorrow with women’s pipe at 17:00 CET and the urban-inspired Streetstyle contest — which reportedly now also features a women’s category — at 02:00 CET. Check out our Dew Tour preview for the livesteam link, athlete list and an overview of the formats. 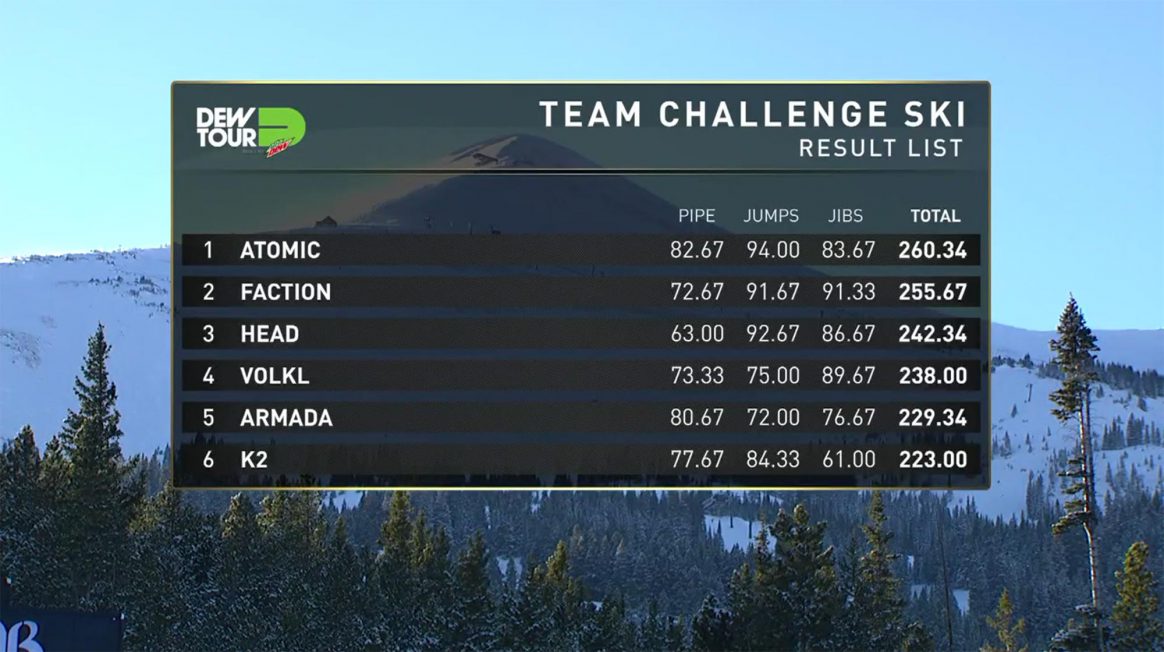 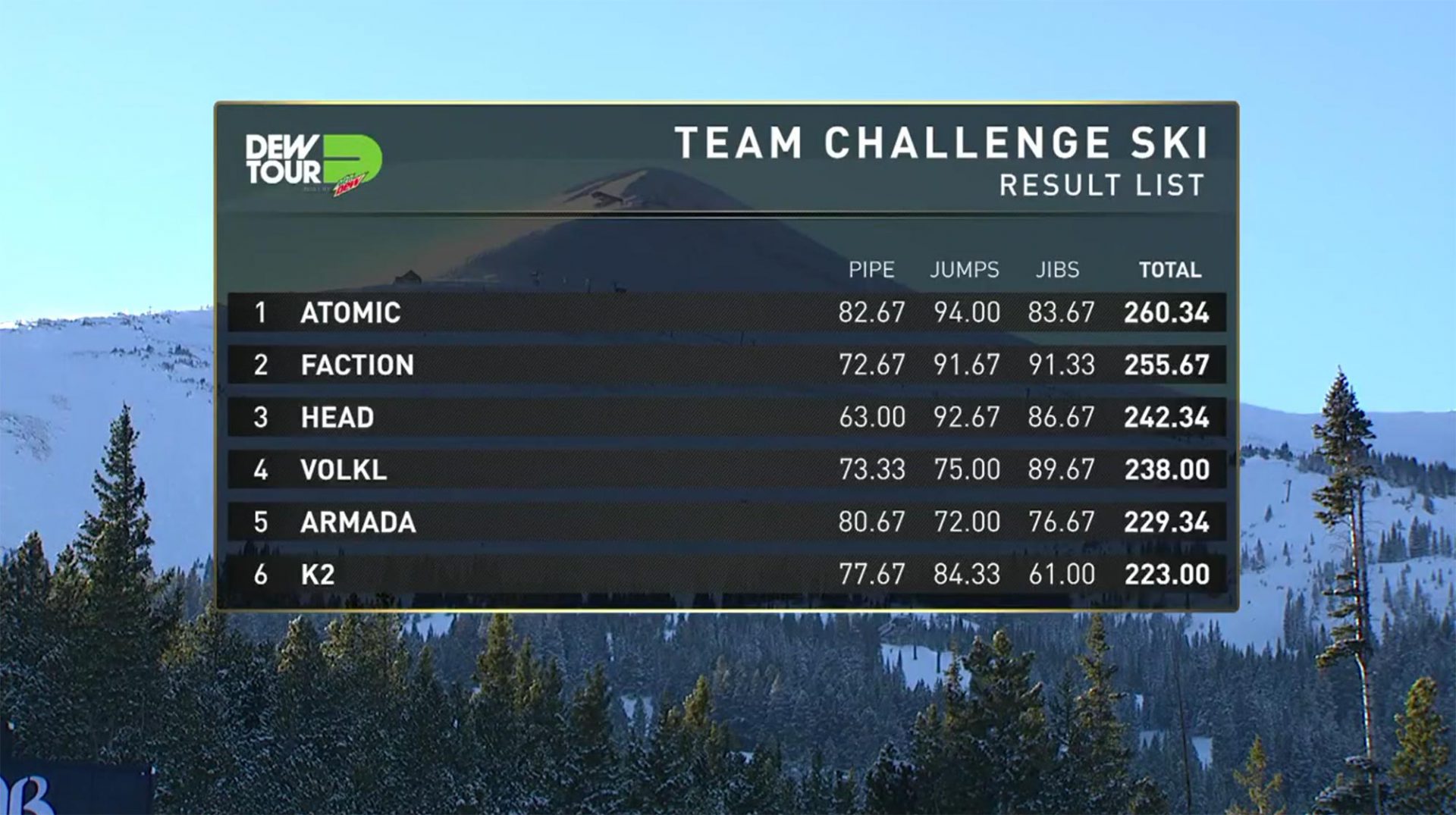 Leo Taillefer builds his own line and shreds it

Straight from the Finnish Streets: The Forre Movie trailer

Leo Taillefer builds his own line and shreds it

Straight from the Finnish Streets: The Forre Movie trailer