Better late than never, the 2021 Freeride World Tour kicks off this Friday, February 19 in the Andorran resort of Ordino-Arcalis with the first stop of a COVID-shortened contest season.

In a normal year, the FWT would have kicked off in Hakuba, Japan before moving to Kicking Horse, Canada. However, quarantine restrictions in both countries led to the cancellation of these stops. Now, the tour will rely on three locations, all in Europe, to host the abbreviated 2021 season.

“The reason that we didn’t go to Japan or Canada, was that everyone would have needed ten to 14 days of quarantine, which was not realistic,” FWT CEO Nicolas-Hale Woods said in an online press conference last month.

“In freeride organization we’ve always been pushed to be as flexible as possible,” he continued. “We’ll need to be even more flexible and agile to make it happen this year.”

Three locations, up to five events

After the Andorran stop, the Tour will continue on to Fieberbrunn, Austria before its conclusion in Verbier, Switzerland with the 25th anniversary (rescheduled from last year) of the Verbier Xtreme contest.

In Ordino-Arcalis as well as in Fieberbrunn, organizers are looking at the possibility of hosting back-to-back events to make up for the cancelled stops, Hale-Woods said. “If we have the option to do two contests in Andorra, we will do it,” he said. “If not we will go to Fieberbrunn, where we may also have two events.”

Snow conditions appear firm but consistent in the Andorran mountains this week, where organizers are hoping for a dusting of new snow before the contest kicks off.

In the women’s ski field, Canadian Olivia McNeill has received a late wildcard entry, replacing American Jacqueline Pollard who’s been sidelined after dislocating her patella. Reigning three-peat champion Arianna Tricomi is currently listed as “DNS” on the start list in Andorra, raising the prospect that she won’t participate in the tour this year. If Tricomi doesn’t compete, that frees up podium space for other veterans like Hedwig Wessel, Juliette Willmann, Maude Besse and Elisabeth Gerritzen, as well as rookies like Zuzanna Witych, Tracy Chubb and McNeill. 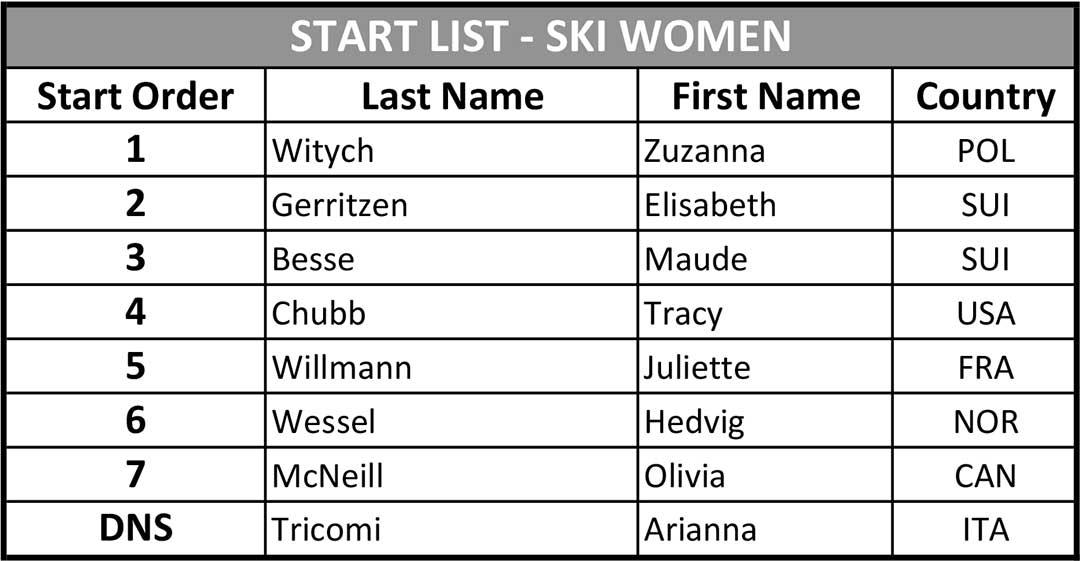 On the men’s side, Frenchman Wadeck Gorak has received an injury wildcard after missing last year’s tour. The men’s roster this year lacks marquee talent Tanner Hall, who withdrew in January after an injury while filming his X Games Real Ski segment. However, a loaded field of 19 men, including FWT favorites like Reine Barkered, Carl Renvall, Aymar Navarro, Kristofer Turdell, Andrew Pollard, Blake Marshall and last year’s overall winner Isaac Freeland are sure to put on a show, while newcomers like Cooper Bathgate, David Deliv and Maël Ollivier will look to make a strong first impression. 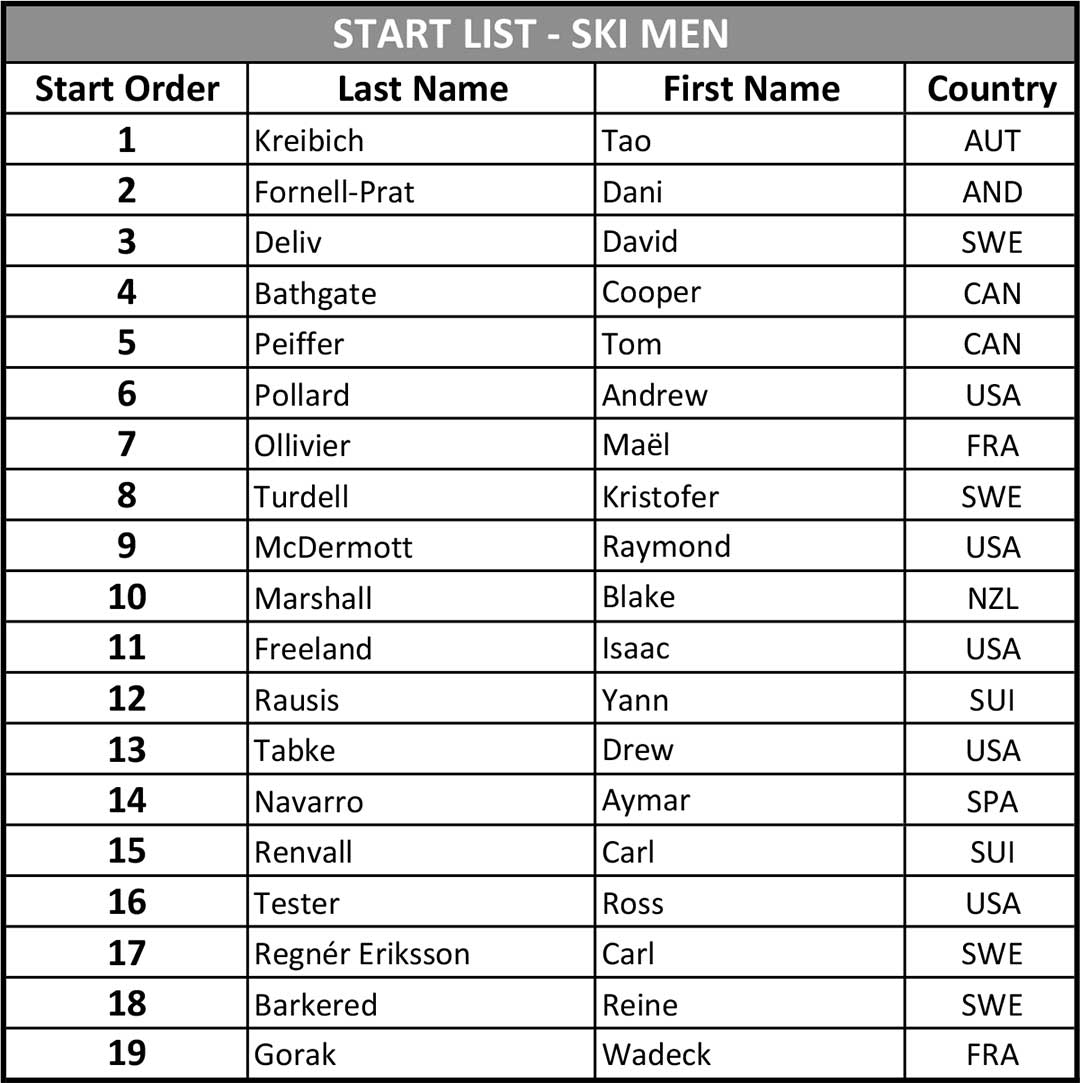 The Ordino-Arcalís stop goes live at 9:45am local time (CET) on Friday, February 19. You can watch it live on the FWT website, Facebook and YouTube, Fuel TV, L’Equipe TV, and right here on Downdays.

Before the show kicks off, make sure to drop by the FWT’s Fun Bet page to make your winners’ picks for the contest!