After a dusting of snow earlier this week, the Freeride World Tour held another event in Andorra. This second event aimed to replace the Hakuba, Japan event, which was cancelled due to issues surrounding the pandemic. The judges were said to have “reset” the criteria, meaning that riders wouldn’t be penalized for repeating lines or features from their runs in the first event on the face. Despite the recent snow, conditions were challenging, and many of the heavy hitters on both the men’s and women’s side got caught up in the crusty or sticky snow. 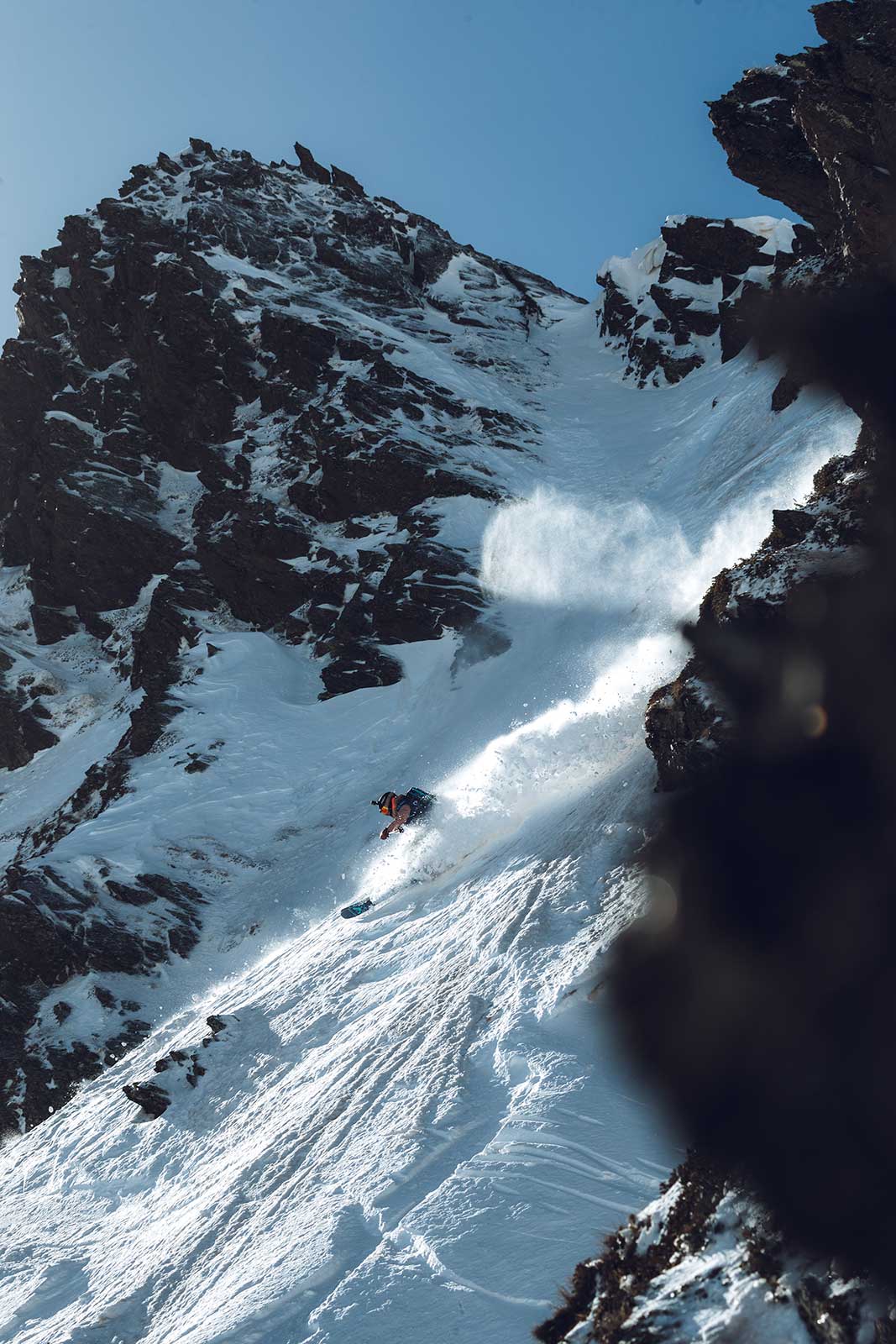 After some technical difficulties on the livestream following the snowboarders, Wadek Gorak started the party on the Ski Men’s side. The Frenchman delivered on his pre-contest promise of a backflip, but got stuck in some crusty snow in the landing and crashed. Several athletes after him either crashed or got caught up in the funky snow coming off features or upon landings, like last week’s winner Ross Tester, who floated a beautiful flatspin 360 but couldn’t stick the landing.

Reine Barkered eventually deciphered the conditions, laying out a perfect backflip before blitzing down the rest of the face and into third place with a score of 86.00. Soon after, Rookie Maël Ollivier, looking to repeat his podium performance from last week, charged off a cliff near the top, danced through some peppery rock gardens, threw a leftside 360 and and stomped an obstinately flat landing to close out his run. The run landed him fourth place with a score of 84.00. 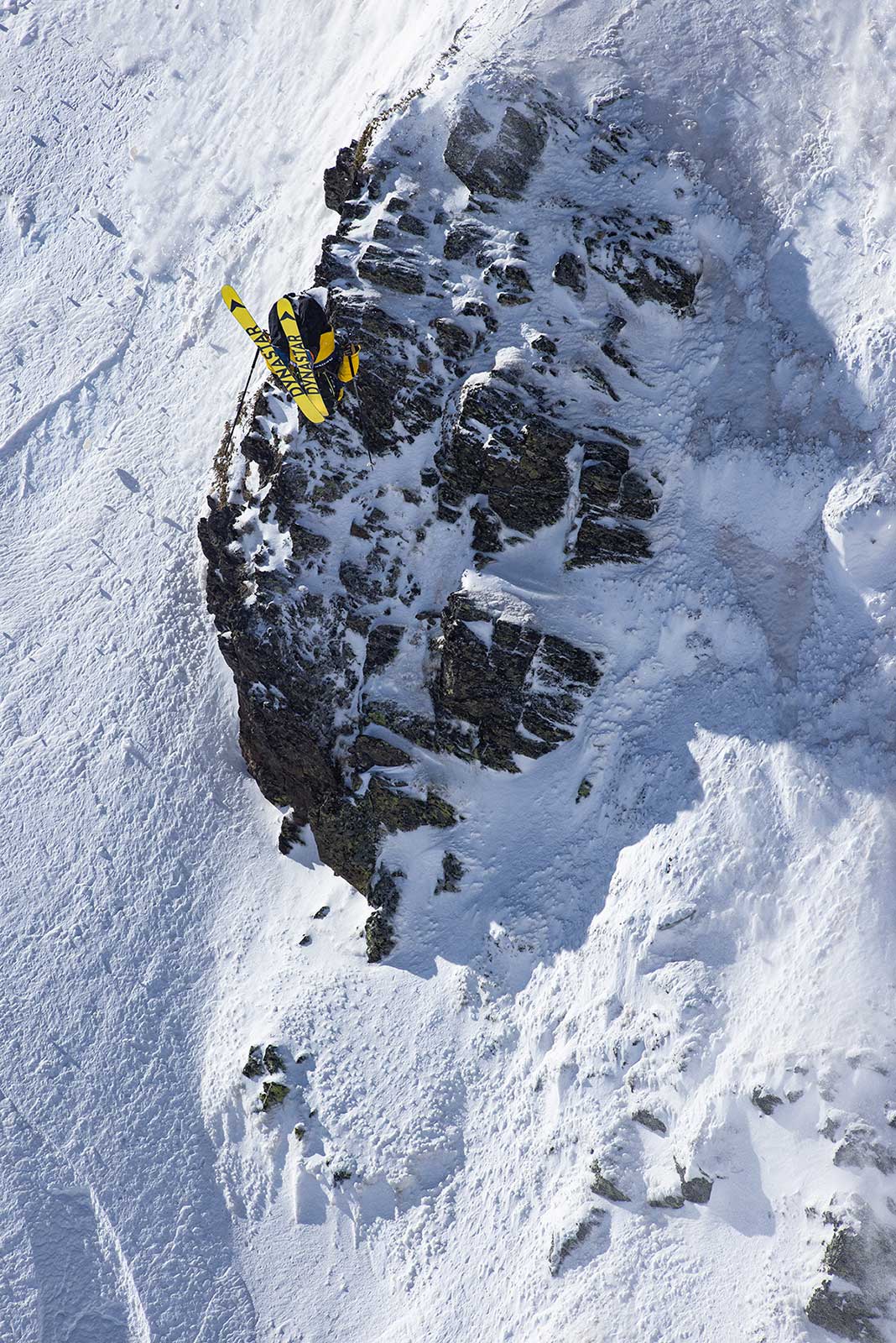 After the first three ski men crashed on their runs, "Mayor of Stomptown" Reine Barkered kicked things up a notch with this perfectly executed backflip. Photo: Dom Daher/FWT

Austrian young gun Tao Kreibich followed with a top-five run, delivering with a backflip up top, a technical double, a 360 and a closeout cliff. Kristofer Turdell, seeking some redemption after his crash last week, floated a cross-hill backflip, picked through a technical section in the middle, and pinned a cliff at the end of his run to net a score of 89.67.

However, Andrew Pollard went home with the win. The young American launched a crosshill 360 at the top of the venue, then roared through the cliffs in the middle, capping it off with a combo of huge drops at speed. He scored a 94.67 to secure his first FWT stop win.

In the overall ranking, young guns Maël Ollivier and Andrew Pollard are now in first and second place with 16000 and 14760 points respectively, while veteran Reine Barkered sits in third with 13040 points.

With explosive and uncharacteristic crashes, the Ski Women’s side got a bit wild. Starting things off, Zuzanna Witych lost a pole off a cliff near the top, then later lost her skis on an unfortunate crash on her last turn before the finish corral. Tracy Chubb showed control as she kicked out from the upper start gate. The American sent a mandatory exit air, and combined smooth technical skiing for a fast, fluid run. She scored a 61.33, landing in third. Elizabeth Gerritzen spun a rightside 360—a trick she apparently learned only this year—at the top, then ripped clean through cliffs to the finish line. The Swiss rider scored a 79.97, enough for the win after much of the rest of the field crashed out of their runs.

Maude Besse, in one of the highlights of the day, came screaming out of the start and threw a colossal superman front flip, then erupted in a cloud of snow and skis. Current tour leader Hedvig Wessel had an uncharacteristic crash, tumbling down a couloir after getting hung up in the challenging snow up top. Juliette Willmann closed out the women’s field with fast technical skiing, a straight line through an hourglass chute, and a big double cliff to finish up. She finished with a 68.33 in second place. 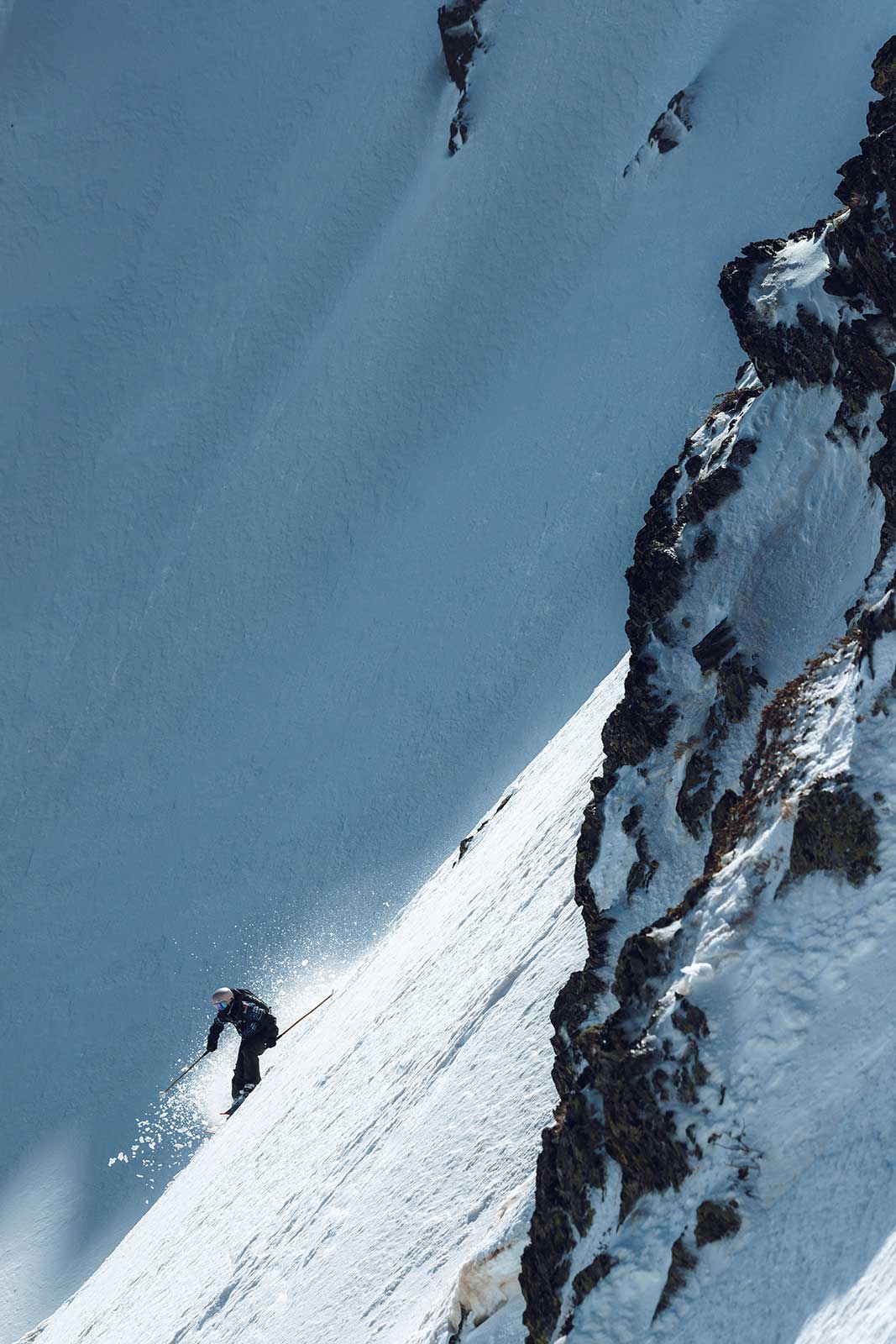 Tracy Chubb stayed in control and on her feet to lock down her first FWT podium appearance. Photo: Jeremy Bernard/FWT

Overall, the women’s field is still wide open. Juliette Willmann currently sits in first with 16000 points, followed by Elisabeth Gerritzen and Hedvig Wessel, both with 12620 points.

The Freeride World Tour will continue its 2021 season in Fieberbrunn, Austria on March 6-12th, where if the conditions allow, tour organizers are also hoping to stage two back-to-back events — making up for the cancelled Canada stop, and ensuring that this year’s tour still includes five events. 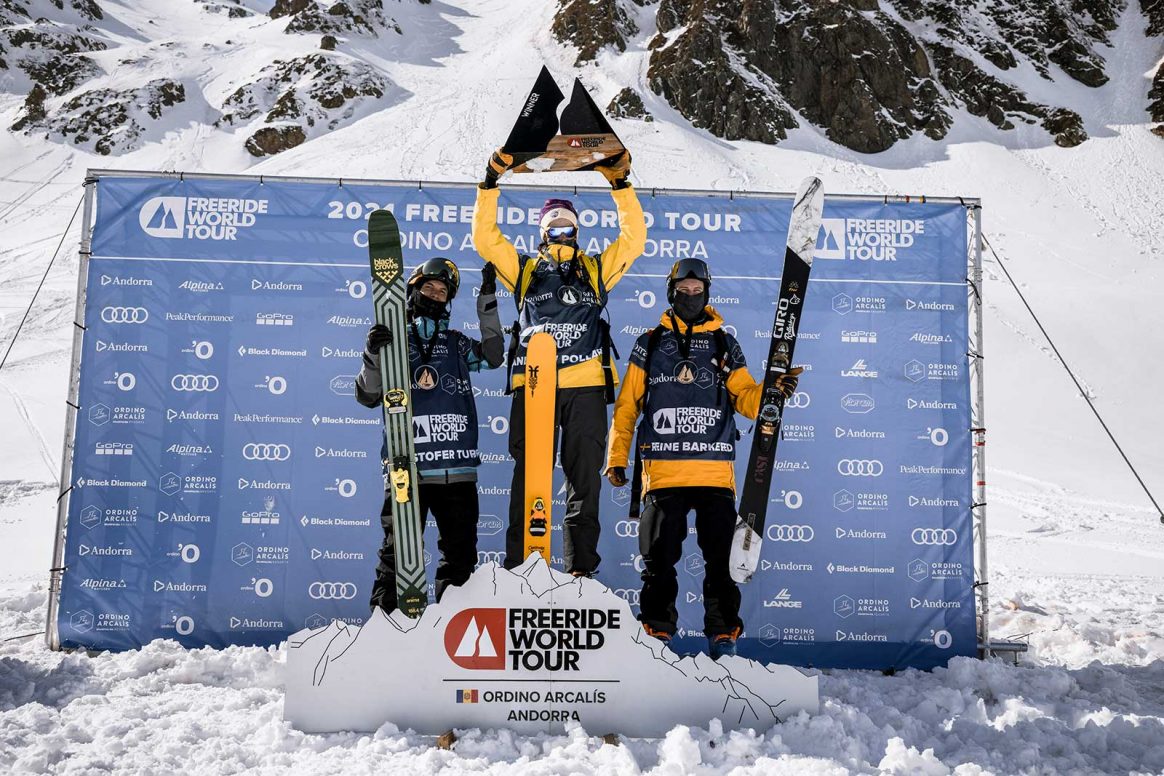 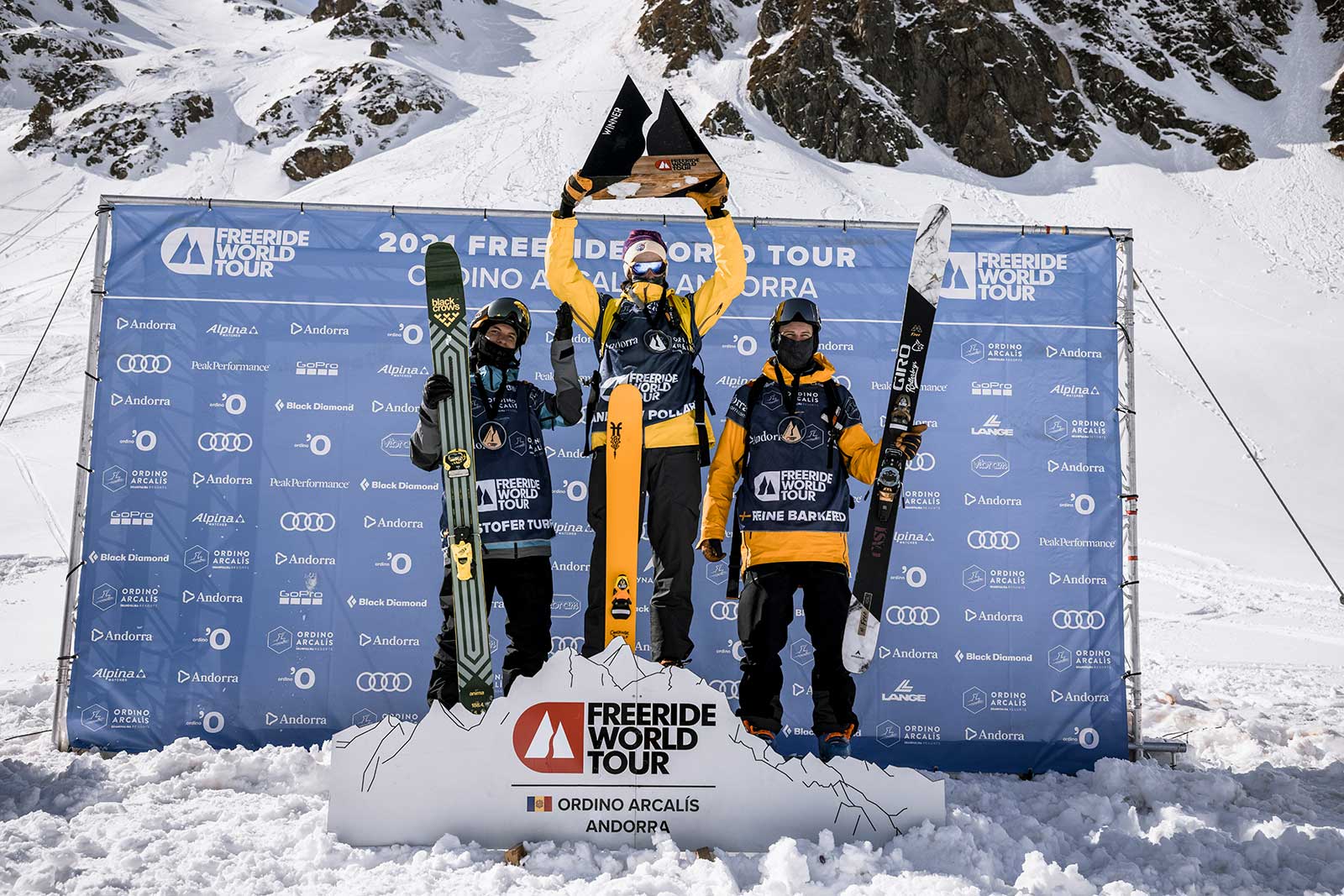 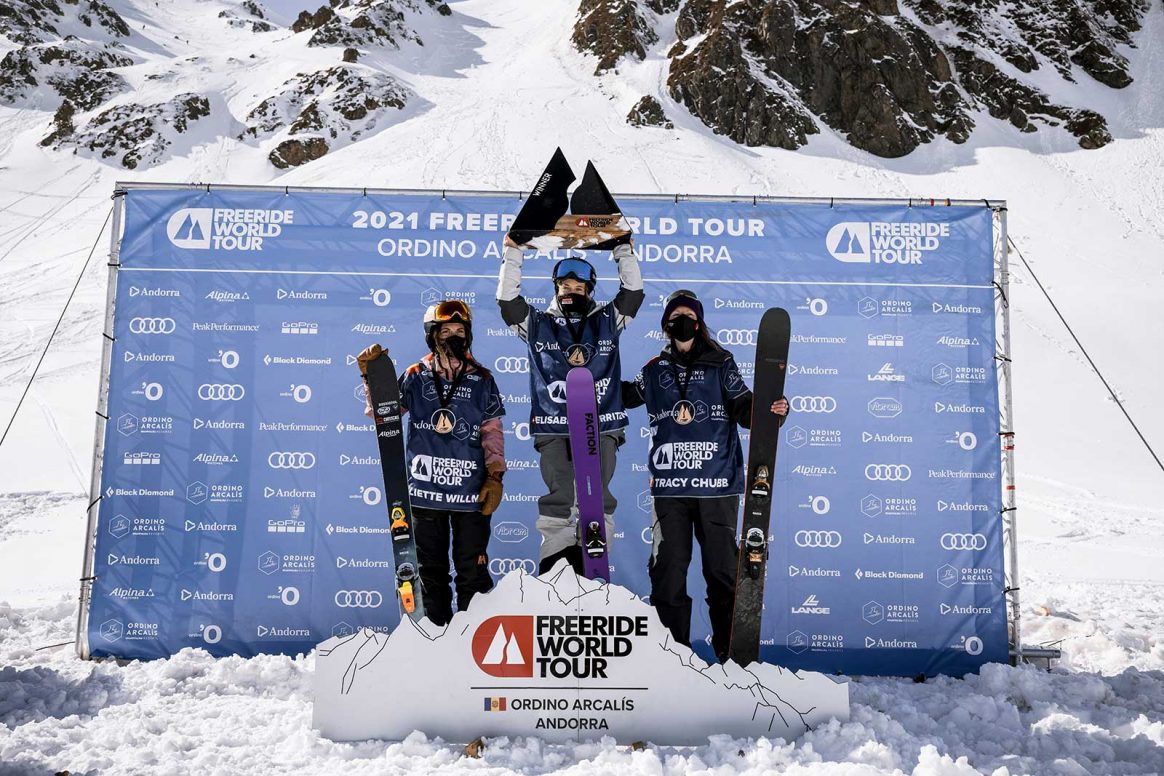 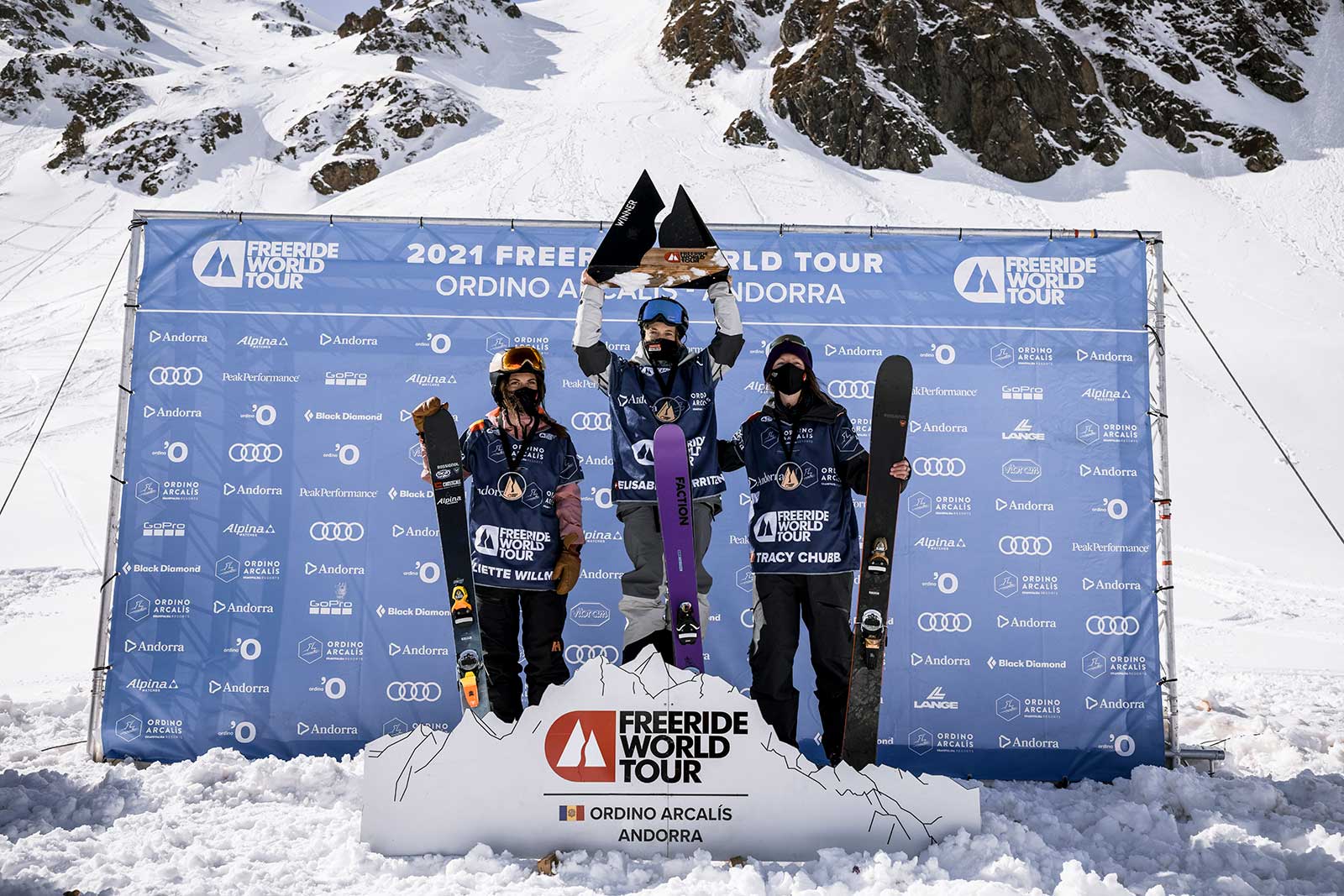 To view the overall standings, more photos and videos, and to place your bets on the next tour stop, make sure to drop by freerideworldtour.com.