Inspired Movement: Eric Iberg is back with a new brand

Inspired Movement: Eric Iberg is back with a new brand

“Inspired!” Whisper this word to any ski film aficionado, and they’ll know what you’re talking about. You’re referencing the action sports films, music and lifestyle produced and promoted by Inspired Media Concepts, a company founded in 2010 by Eric Iberg and Tanner Hall as a “movement of positivity through sports and music.”

Though Inspired Media Concepts was officially shuttered in 2016 following the release of Henrik Harlaut and Phil Casabon’s two-year film project BE Inspired, the legacy of Inspired is still strong in the ski community—a fact that isn’t lost on co-founder Iberg, who’s says he’s always dreamed of a wider vision for the brand.

“When I traveled, I’d always wear a black shirt that said ‘Inspired,'” says Iberg. “And every time—to this day—I get stopped three times in the airport: ‘What are you inspired by?’ ‘Are you inspired?’ There’s no other product of clothing that I’ve worn in my whole life where people would stop me and ask me a question—a real question.” 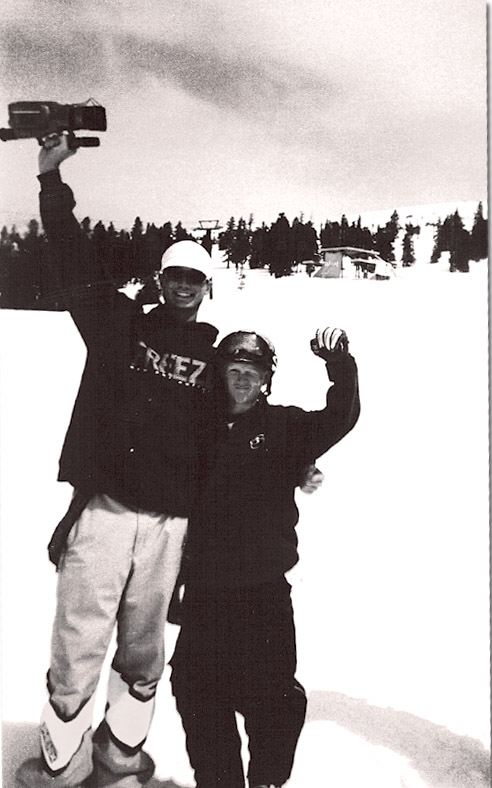 Now, with last week’s launch of a new brand and web shop called Inspired Movement, Iberg is keeping the dream of Inspired alive. He’s also got a new-found cause which the brand is based around: hemp products.

It’s no secret that Inspired has long had an association with the cannabis plant. In case you didn’t notice, the rasta-themed logo of Inspired Media makes it clear enough. In certain circles “getting inspired” is slang for getting high. Iberg wanted to capitalize on this association, but he didn’t want to focus on recreational cannabis alone.

“In my head, I couldn’t justify it,” says Iberg. “I thought, I can’t just do weed. There’s a lot of other companies, and I’m not going to go hype something that’s going be legal anyway in ten years everywhere. And to have a brand like Inspired Movement, that’s supposed to drive people and inspire them, I can’t have a cause that ends.”

But hemp—the natural fiber produced from the stalks of the cannabis plant—struck Iberg as the perfect focus. “I’m using hemp because I like the cause,” he says. “I’m making something sustainable, biodegradable… I’m actually doing something.”

When Iberg looked to source materials for the new brand, he was astounded at the status of hemp in North America. “If you look at the market, it’s like the hippies left over from the sixties,” he says. “There is nothing cool about hemp merchandise.”

With Inspired Movement, Iberg hopes to buck that trend and help bring hemp into the mainstream. Always a prolific collaborator, he plans to partner with hemp producers in the U.S. to market their products under the Inspired Movement label—everything from hemp honey to “hemp-crete,” a building material. But in the meantime, he’s turned to his cast of friends in the ski world to bring attention to the brand. 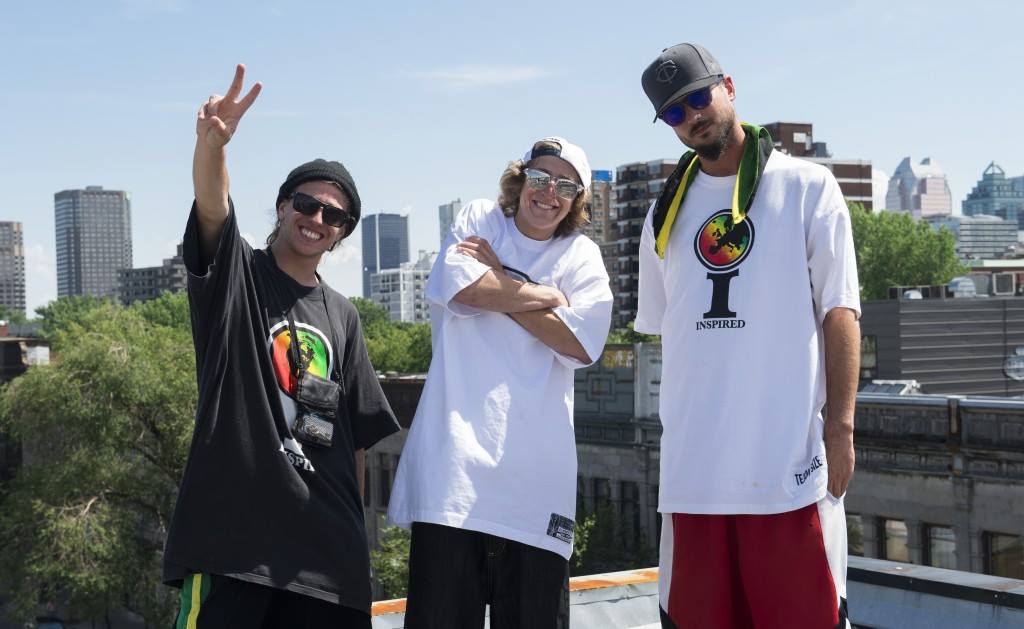 Iberg with Henrik Harlaut and Phil Casabon in the early days of Inspired Media Concepts.

Henrik Harlaut’s “HH” brand, Tanner Hall’s “Ski Boss,” and ski media company SLVSH are all currently represented on the Inspired Movement web shop—creating a one-stop shop for skiers looking to rep these core brands. Though the initial line-up is simple—Inspired Movement t-shirts in three colors and a women’s tee, and one-color t-shirts and sweatshirts for the other brands—Iberg looks forward to finding and marketing new hemp products in the future, and he’s glad to be helping his friends out along the way.

“Now I have the mini-distribution store, and I’m helping these guys build their brands,” he says. “The web store is an outlet to help my friends who are doing dope shit in skiing, and also to introduce my new brand, which is hemp-based products that will go into everything from plastics to food to clothing to soap.”

A celebrated director in the freeski world, Iberg says he has no current plans to make more ski movies. “Unless someone comes to me,” he says, noting that Tanner Hall has expressed interest in making a follow-up to his 2010 documentary, Like A Lion. “When we made Like a Lion, Tanner had been pro for ten years. In 2020, he’ll have doubled that!”

“In my head I see movies that should be made, all the time,” he adds. “But I don’t think the funding is there, or the purpose.” So die-hard fans shouldn’t expect a new blockbuster Iberg film anytime soon; but while they wait, they can rock Inspired Movement gear and follow Iberg on his new adventure.

“If you’re inspired, you don’t quit being inspired,” says Iberg. “Our tag line for Inspired Media was to be a movement of positivity through sports and music. So the movement continues, through individuals like Tanner and Henrik and even Cali P, and my movement is sustainable and biodegradable hemp products.”

Basketball in the Park with Boris Diaw | LALODGE TV Ep. #1

The Freeride-Filmfestival is OFF PISTE, ON TOUR

Basketball in the Park with Boris Diaw | LALODGE TV Ep. #1

The Freeride-Filmfestival is OFF PISTE, ON TOUR