The snow castles, knights and queens are no more, but that doesn't mean the story is over. Photo: David Malacrida

After nine years of blowing minds, the Nine Knights franchise has re-invented itself with a new title sponsor and a new event format blending slopestyle and skiercross. Meet the Audi Nines, presented by Falken. 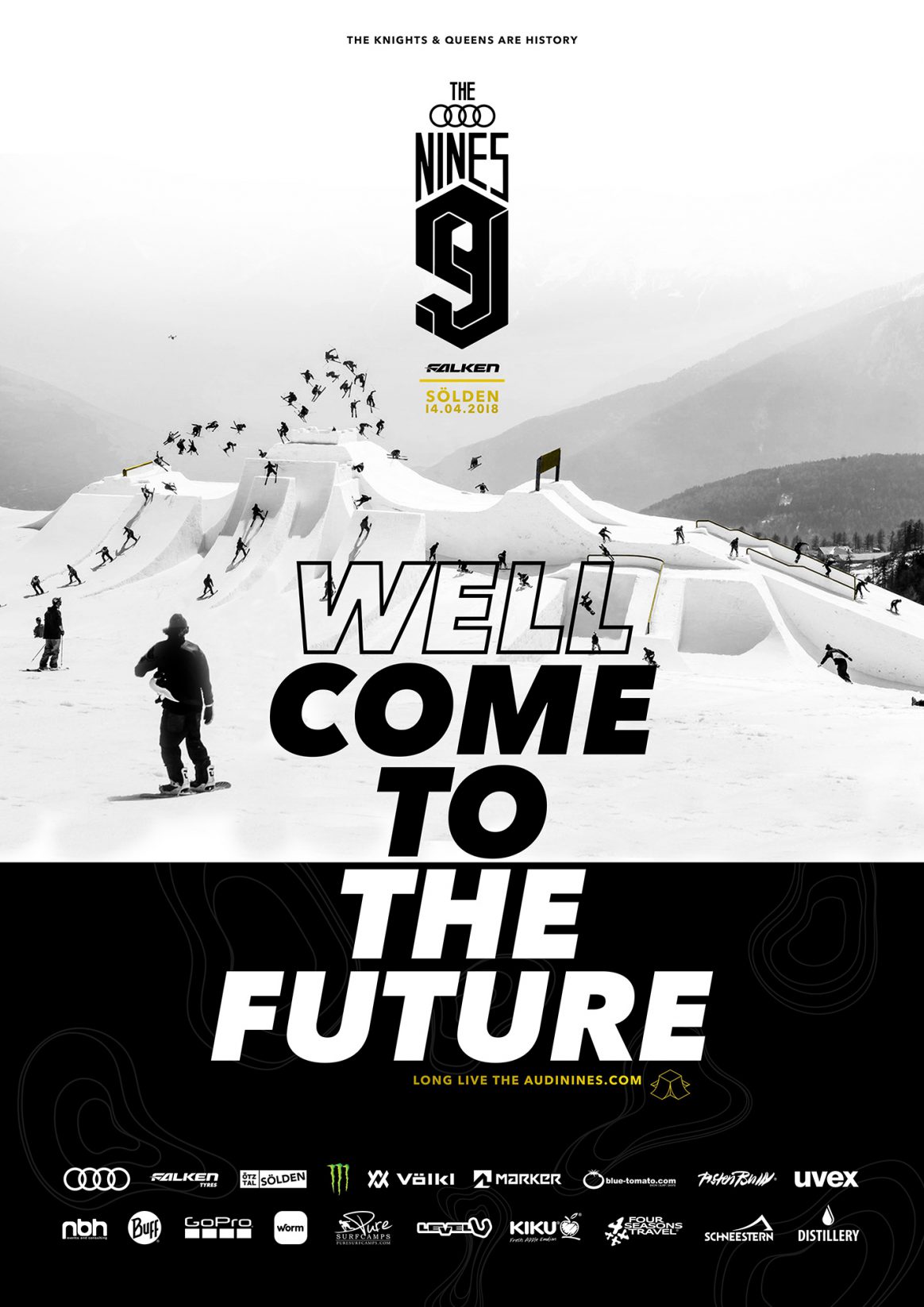 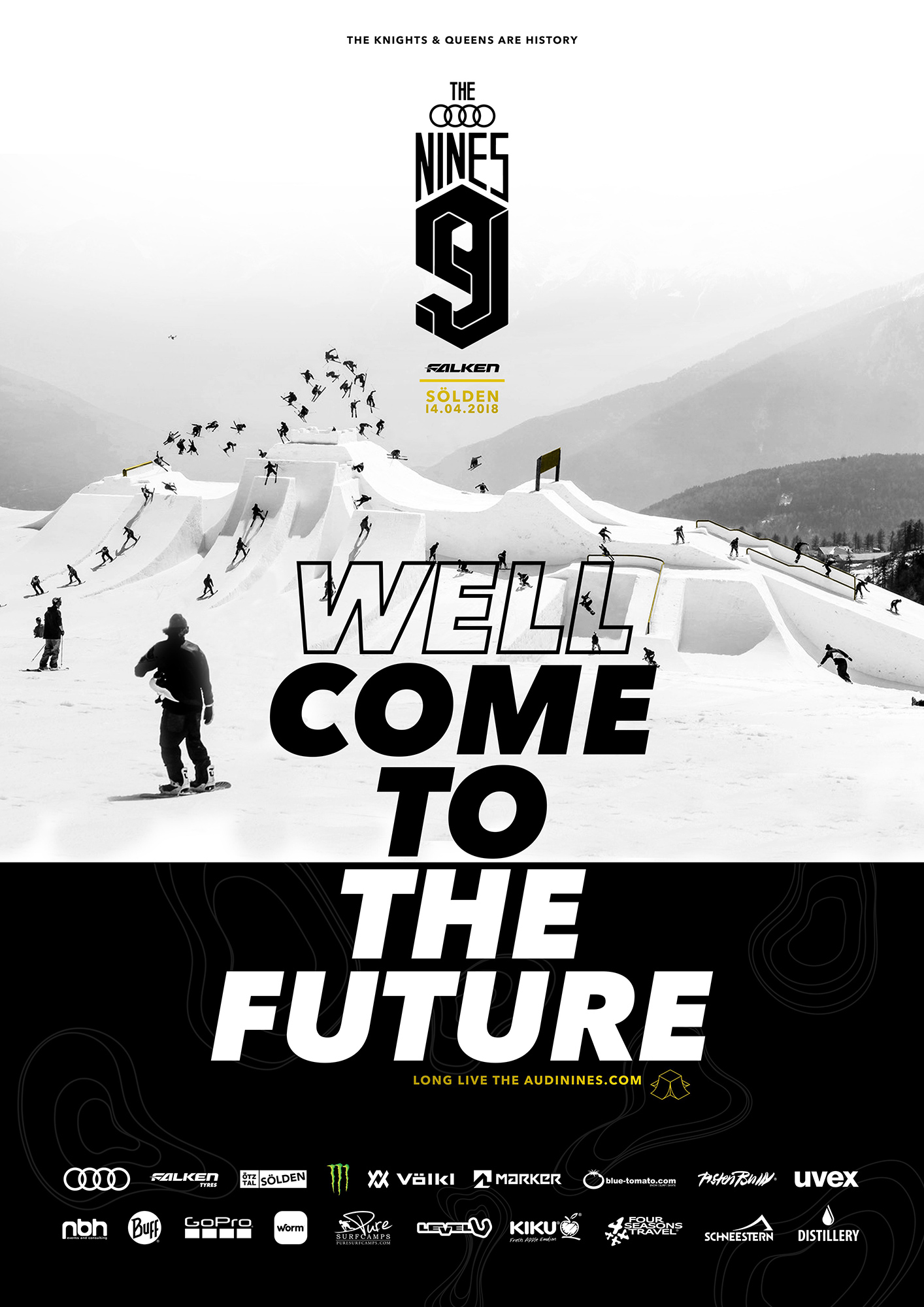 Well, come to the future!

Nine years—that’s how long the iconic Nine Knights events (including various incarnations as Nine Queens and Nine Royals) have captivated the imagination of the snowsports world with revolutionary feature designs and next-level athletic feats from the world’s best skiers and snowboarders.

Now in 2018, the Nine Knights franchise has undergone a complete renovation. With new title sponsor Audi and an innovative pivot to include a new segment of snowsports athletes, the newly unveiled Audi Nines, debuting from 9-14 April, 2018 in Sölden, Austria, will blend slopestyle and skiercross design into a one-of-a-kind course design, aptly dubbed “SlopeX.”

Long known by its penchant for building fairytale castles out of snow that doubled as freestyle venues for skiers and snowboarders, the Nines franchise now reaches beyond its traditional freestyle base to bring the disciplines of Skiercross and Snowboardcross into the fold.

The 2018 Audi Nines course design currently making the rounds across the Internet shows off the groundbreaking new concept—melding slopestyle and skiercross features together into a hybrid masterpiece where athletes from both disciplines will feel right at home, with plenty of opportunities for cross-disciplinary creativity. 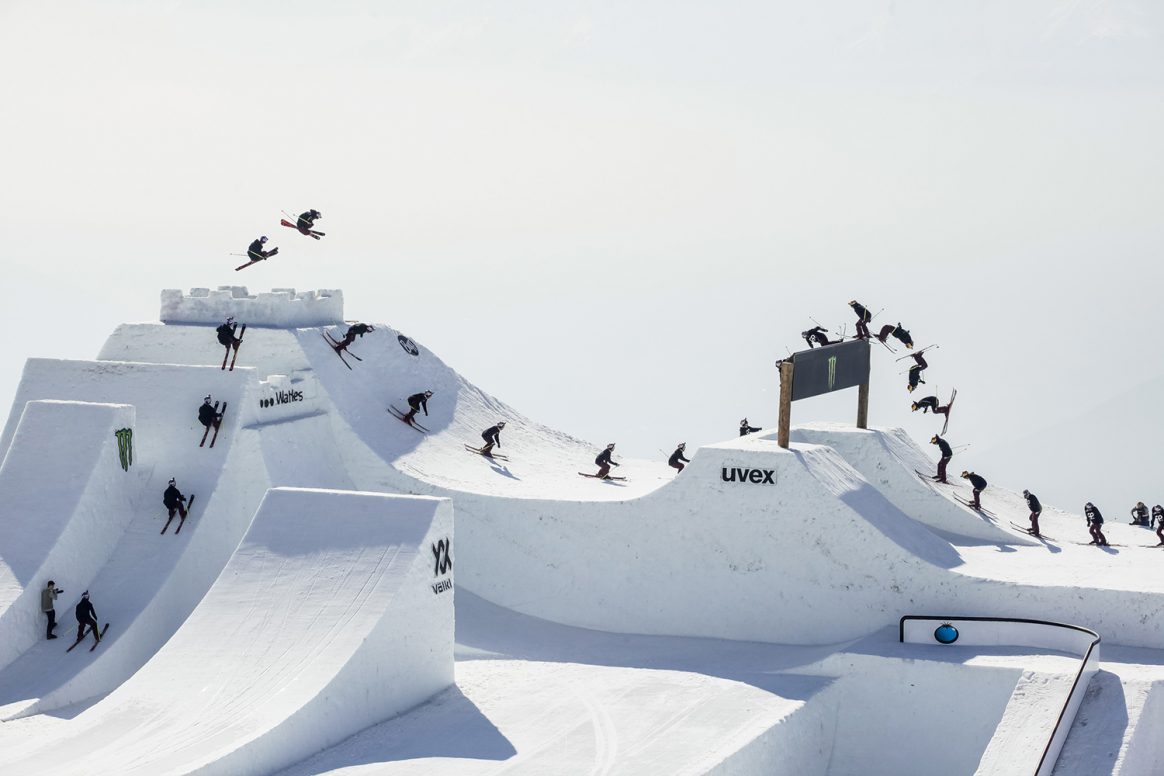 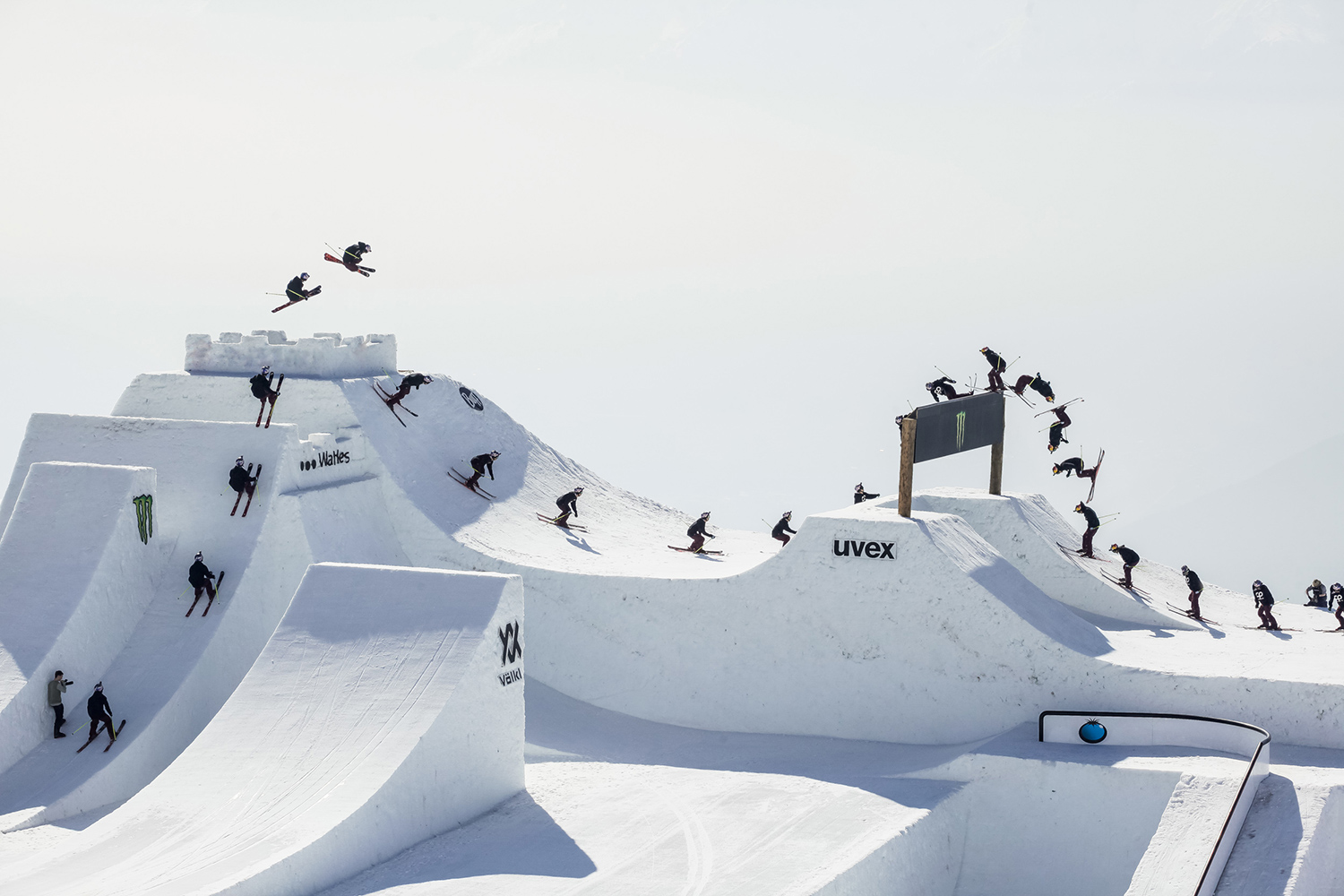 “This event will have the craziest set-up so far,” says snowboarder Sebbe de Buck, who was a regular at Nine Knights and Royals events in recent years, and participated in the design process of the new course. “There’s a race course with flowy sections as well as big jumps and rails, all in one.”

The SlopeX concept has athletes from the “cross” disciplines excited as well. “Usually we get a predetermined course, but if you design the course yourself, you can’t complain,” says Skiercross World Cup winner Alex Fava. “To us, SlopeX is a completely new experience and I can’t wait to see how it will affect our riding.” 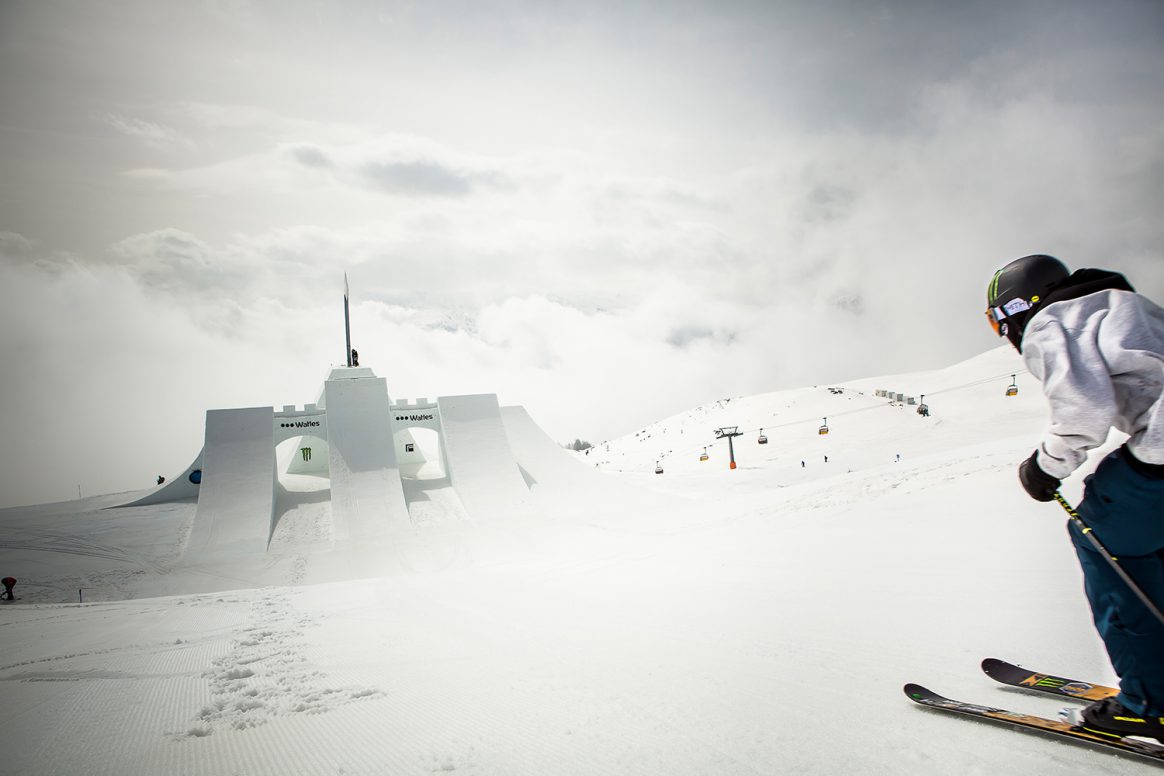 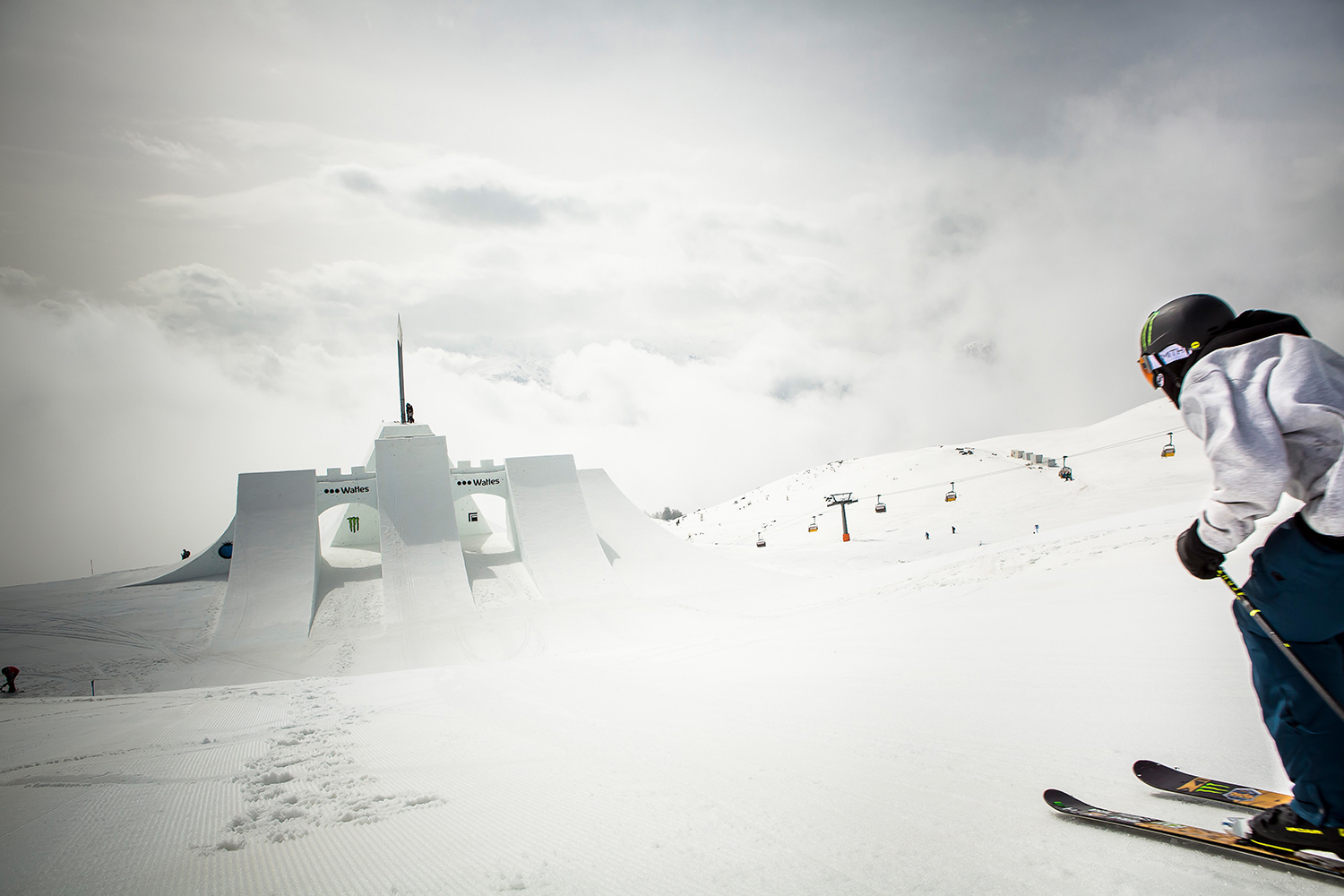 In 2016 skier David Wise broke the world record for highest air on a hip at the Nine Knights "The Perfect Hip" event. Photo: David Malacrida

The list of confirmed riders is already heavy, from old “Nines” favorites like Jesper Tjäder, Emma Dahlström, Lisa Zimmermann and Andri Ragettli, to new highlights like snowboard legends Terje Haakonsen and Xavier De Le Rue. And as in years past, the “Become a Nine” online video contest offers a chance for any male or female snowboarder or skier to win an invite to the event. The “Become a Nine” contest will run through March 22 — visit audinines.com for information on how to enter.

The Audi Nines will conclude with a Public Contest Day on April 14, 2018, when the general public is invited to come and watch the gathered crew of top professionals throw down on this innovative course in a relaxed contest format. Mark your calendars for this one, folks, as it’s shaping up to be one of the biggest and best public events yet from the Nines team.

Behind the Scenes: Candide Thovex Skis the Wave

Kläppen Snowpark is open for the season!

Behind the Scenes: Candide Thovex Skis the Wave

Kläppen Snowpark is open for the season!