This article has been adapted from the Winter 2019 issue of the Downdays Magazine.

Use the Mag Finder at the bottom of this page to find your free copy in a ski shop near you.

The daughter of a mountain guide, Nadine Wallner has been out in the backcountry for all of her life. In 2013 and 2014, she claimed back-to-back world championship titles on the Freeride World Tour, securing her place on the top rung of the sport. After a serious injury at the end of the 2014 season and a year spent on the sidelines in recovery, she returned to the contest faces, while also concentrating more on filming, and other alpine pursuits like climbing, where she’s also active at a high level. It’s not surprising that this standout athlete on the celebrated Mammut Pro Team is currently working on her certification as a mountain guide, in addition to her existing ski-instructor and ski-guide certs. With this extensive background, Nadine is the perfect conversation partner for a discussion about avalanches. 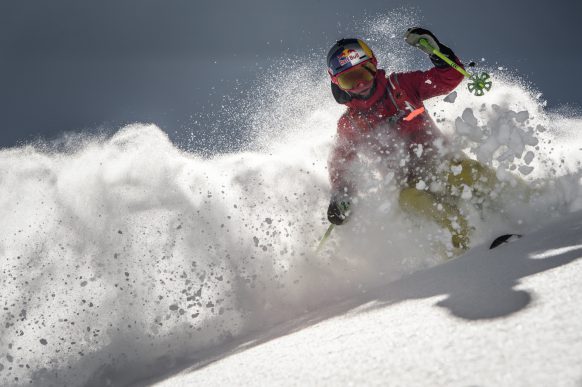 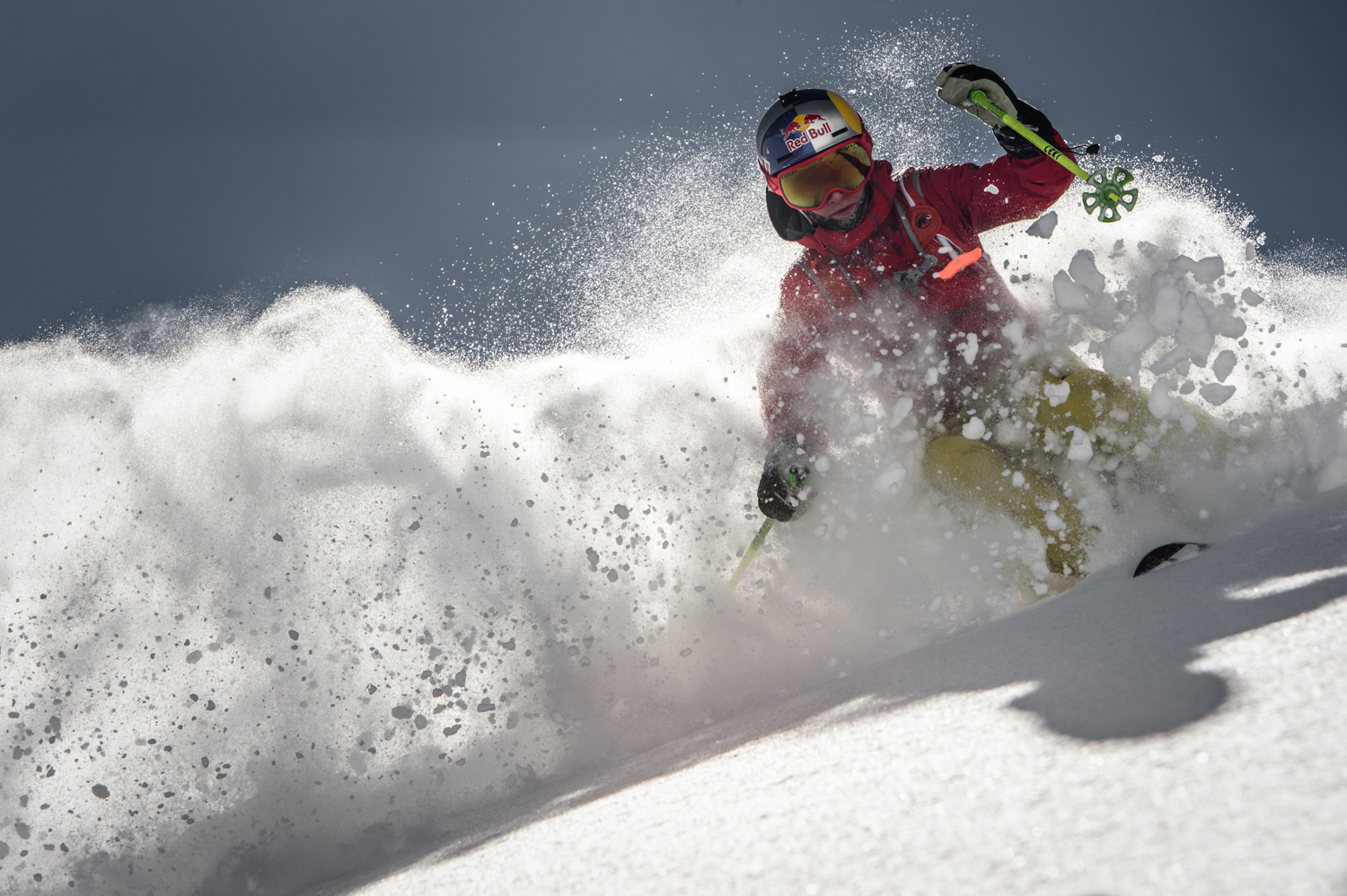 A native of the power-rich Arlberg region, Nadine is used to dealing with a lot of snow. Photo: Andreas Vigl

When did avalanches first become a topic in your life?
Actually, ever since I was little, because my dad was always very conscious when we were out in the mountains together, and was always pointing out relevant things. I learned how to do a search with an analogue avalanche transceiver as a child, when it was a lot more complicated than it is today. Nowadays my Barryvox will actually tell me what to do, and lead me more or less automatically to the target.

Were there ever times when you were afraid of avalanches?
Not afraid. My father always pointed out the risks, and told us that something could happen, but it didn’t make me afraid. Much more than that, it produced a healthy respect, which in my opinion everyone should have.

Have you ever been in an avalanche?
Me directly, fortunately not. I mean, I haven’t personally been buried myself, and I haven’t yet had to shovel out somebody who’s been buried. That is an experience that I would be glad never to have. I can imagine that if you have to dig somebody out that you know very well, that there would be massive emotional pressure involved. That’s not something to be taken lightly.

But you’ve been in some tight situations?
Of course, that’s part of being a freerider, or being in the mountains at all. When you’re out in the backcountry a lot, you are inevitably going to expose yourself to risks, and so I’ve definitely been in some dicey situations. On the other hand, I’ve gained a lot of experience from those situations, which helps me to make better and safer decisions further down the road. Until now, I’ve been lucky in that I or the people who I was riding with were able to ride out of any avalanches that we may have triggered. But that was really just blind luck, and doesn’t have much to do with skill, so there’s no guarantee that it will work the next time. When you’re in that kind of situation, maybe even often, you should probably completely re-think your behavior on the mountain and consider changing it. 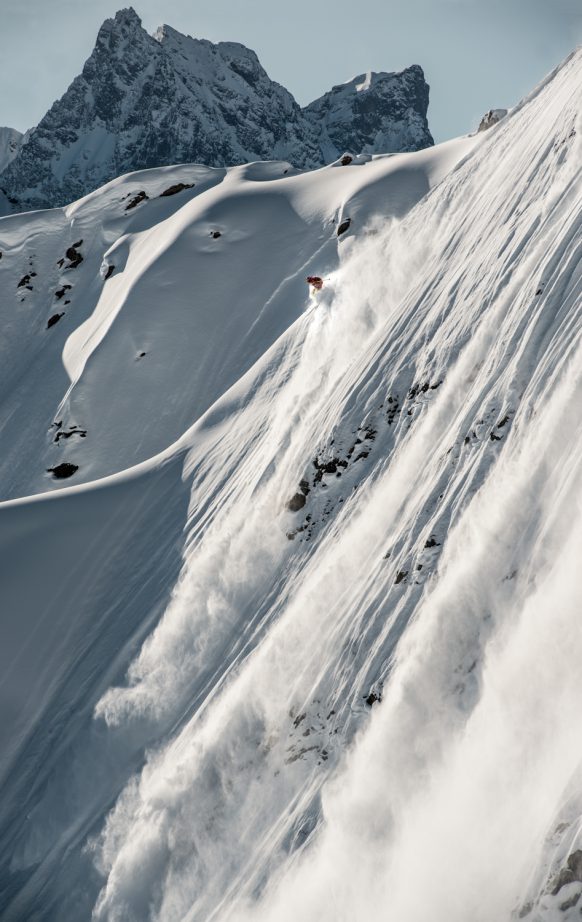 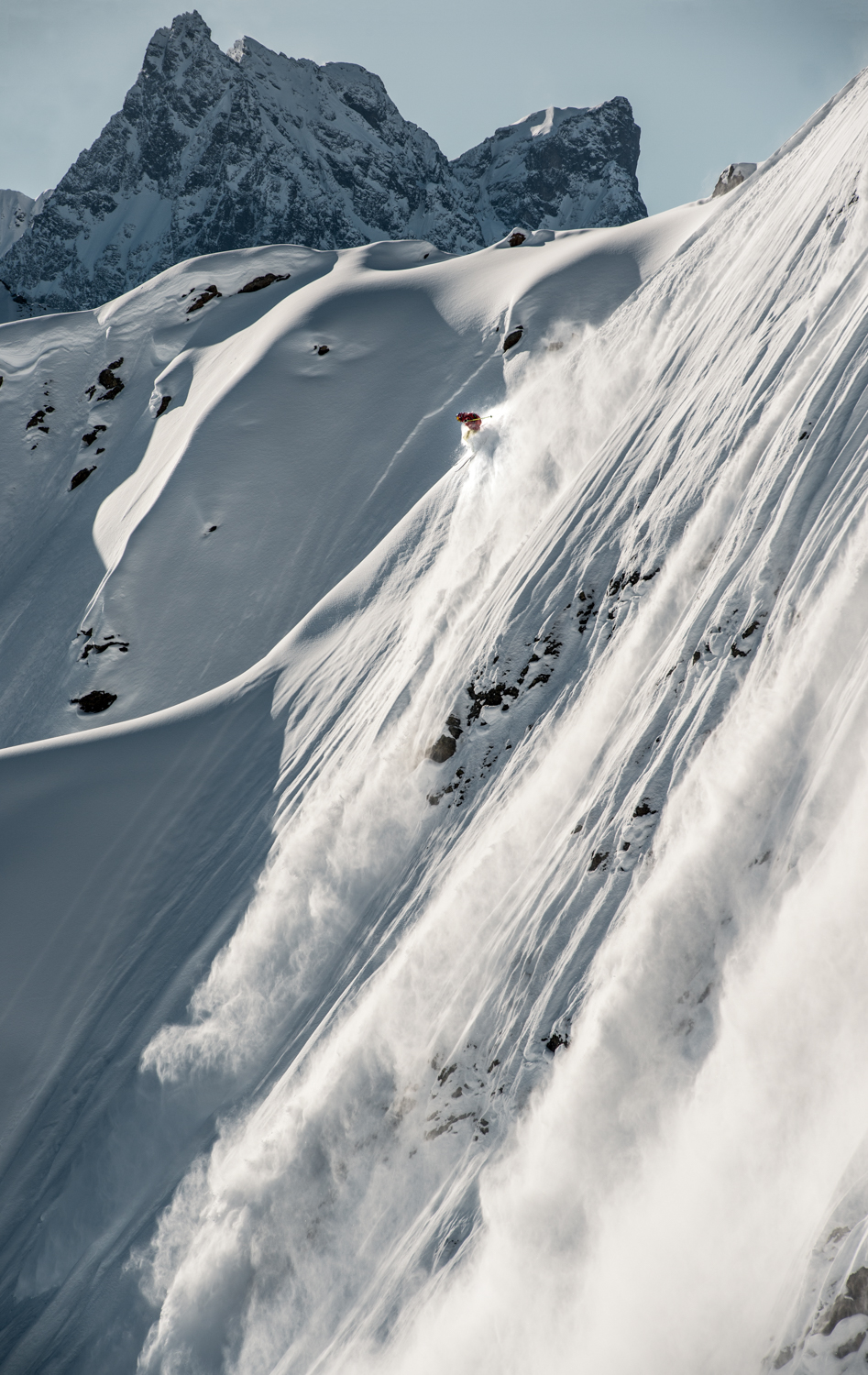 How often does that happen to you?
We don’t talk about that!

Why not?
It’s not anything to brag about. I mean that mostly with regards to social networks; posts about situations like this are usually taken the wrong way. Of course you talk about it with your friends, before you head out and also afterwards if something dicey happened. If I’m out with friends or colleagues, we’re always talking about the possible dangers and how we would evaluate various situations, especially when there are differences in opinion. That’s important, because you can learn a lot, and it will keep you on your toes. We also always do a beacon check before heading into unsecured terrain, even though we all know how to use one and know that it should be turned on.

When you’re out in the backcountry a lot, you are inevitably going to expose yourself to risks.

So avalanches are a part of everyday life?
The fact is that if you are out often in the backcountry and doing serious freeriding, you are going to kick off a slab now and again. I’m not talking just about freeride pros, but for example mountain and ski guides working here in the Arlberg region, who are in the mountains every day, all season long. But that doesn’t mean that it’s always an uncontrolled situation. On the other hand, you never know when it was actually really close, but nothing happened: five meters farther to the right, and I would have hit the hot spot and started an avalanche. You always try to evaluate the situation based on your knowledge and experience, and on some slopes you feel your way forward carefully and tactically. This might include doing a classic ski cut on a slope, for example. What’s important is that you know what you’re doing, and that your decisions match the people you’re skiing with. As a ski guide with a group of guests, I’m liable for the others and don’t take risks, whereas with my peers I may try something out that will add to my stockpile of experience. The trick is to not to let your store of experience run dry, while not overfilling it. In any case, “100% safe” doesn’t exist on the mountain!

How would you describe your objectives when reckoning with avalanches?
As a basic principle, I always try to avoid triggering an avalanche. It depends a lot on the situation and who I’m with, and how much risk I’m prepared to take on. Like I said earlier, if I’m with guests, then I will act defensively. But if I’m with a good colleague, then we might ski a slope that I would avoid when I’m with guests. With filming it’s different, too. Each situation is different. With colleagues, I know exactly what their skills are, and how they would react if it came down to the line. Additionally, they are also able to judge the situation for themselves, which guests can’t or don’t want to do. 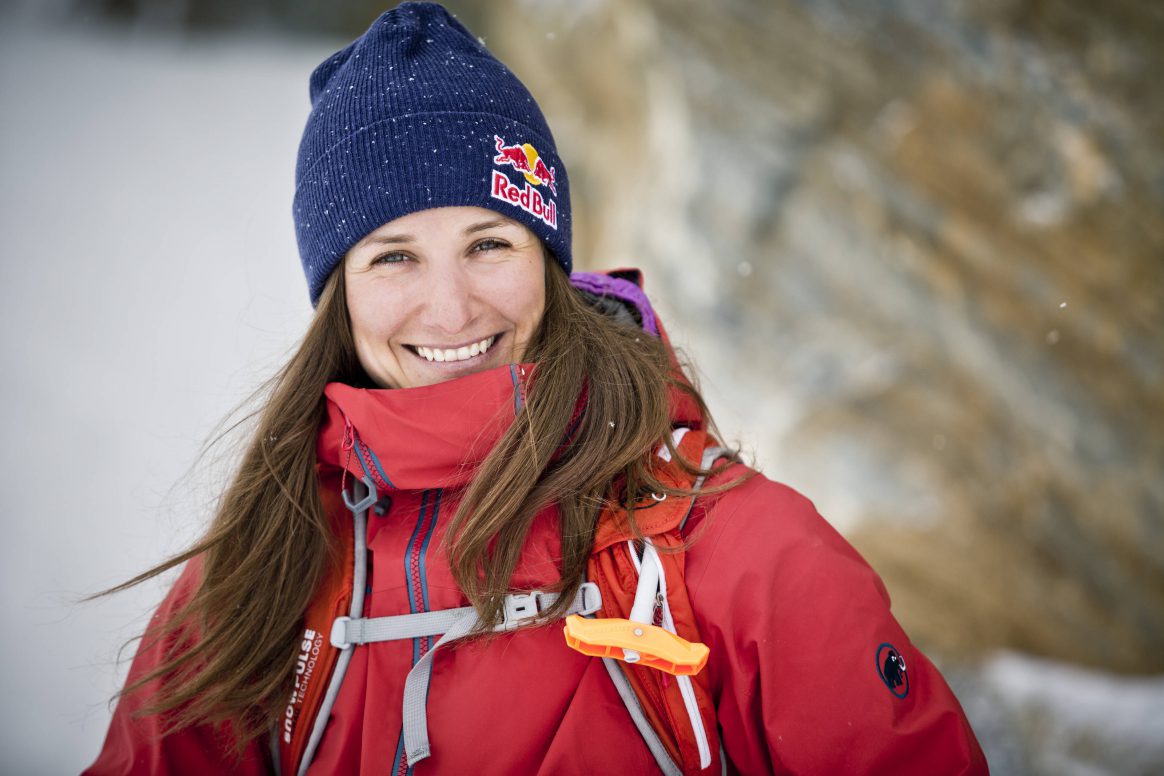 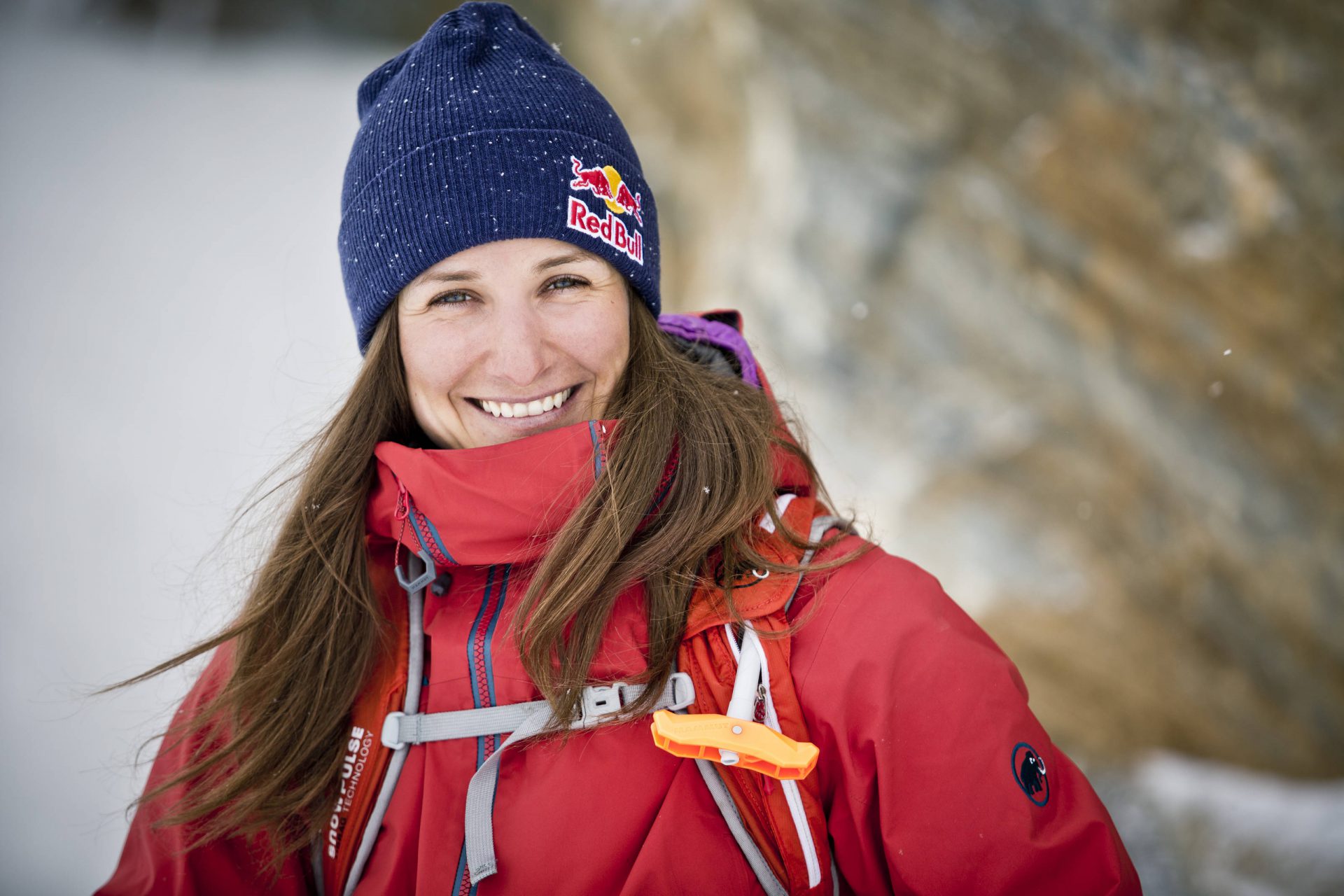 When you’re out with a group, say freeriding with friends or filming with colleagues, do you discuss openly about which risks are acceptable, and which aren’t?
It’s definitely discussed, and if anyone doesn’t agree with anything, then they let that be known as well. That’s very important, even if you don’t have the most experience or the highest level of training in the group. In situations like this where everyone is at a similar level, it can get dangerous quickly when you don’t have the self-confidence to speak up with your opinion, and in particular your doubts. If you don’t do that, then everyone just follows everyone else blindly, and soon enough, nobody knows how they ended up in a bad situation that they didn’t want to be in.

What’s it like when you’re filming?
When I’m filming, I make my decisions alone, because it’s me and no one else skiing my line. That doesn’t mean that we don’t also discuss the situation, but I would never let anyone tell me what to do, and I would also never shirk my own responsibility. It’s often the case that you can’t really compare filming with regular freeriding, since I might look at a line for a long time until the conditions are just right to film it. As a general rule, having knowledge about the local conditions is incredibly important in determining what the avalanche danger is. When you’re out freeriding, you’ve got the whole ski area to take into consideration. With filming, it might just be about one special line that I’ll be watching the whole season long, just to be able to bag it on the right day. 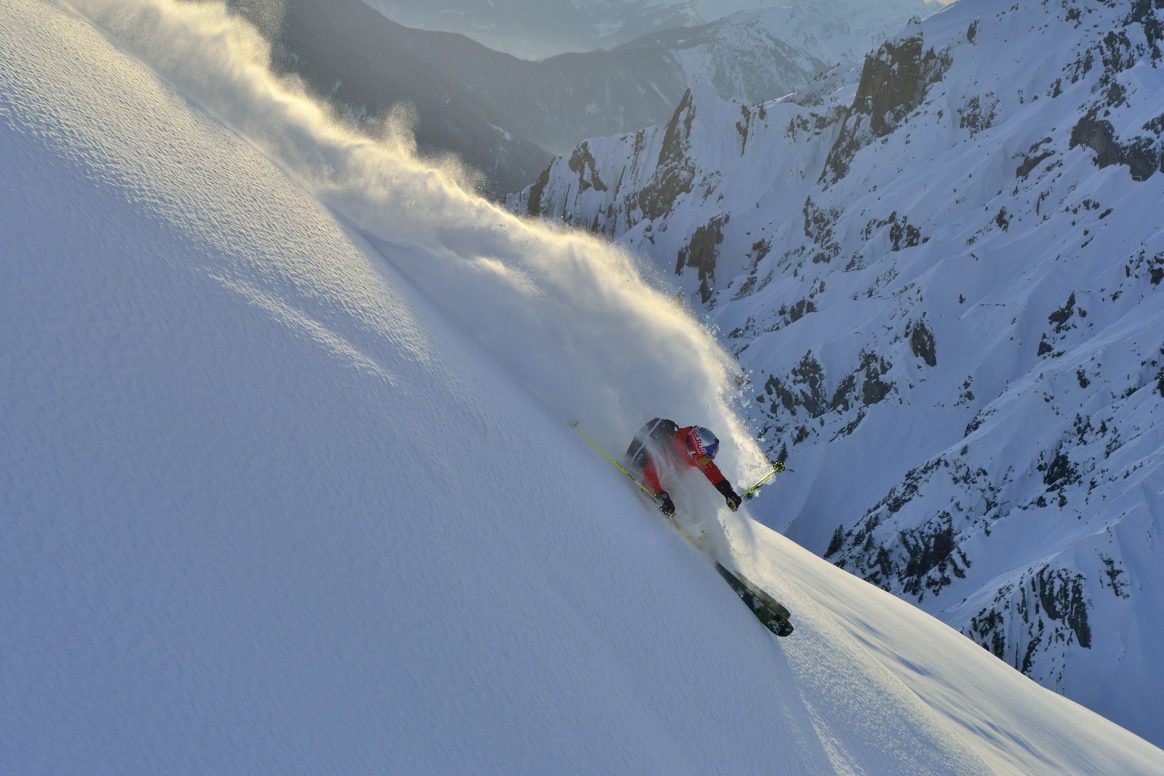 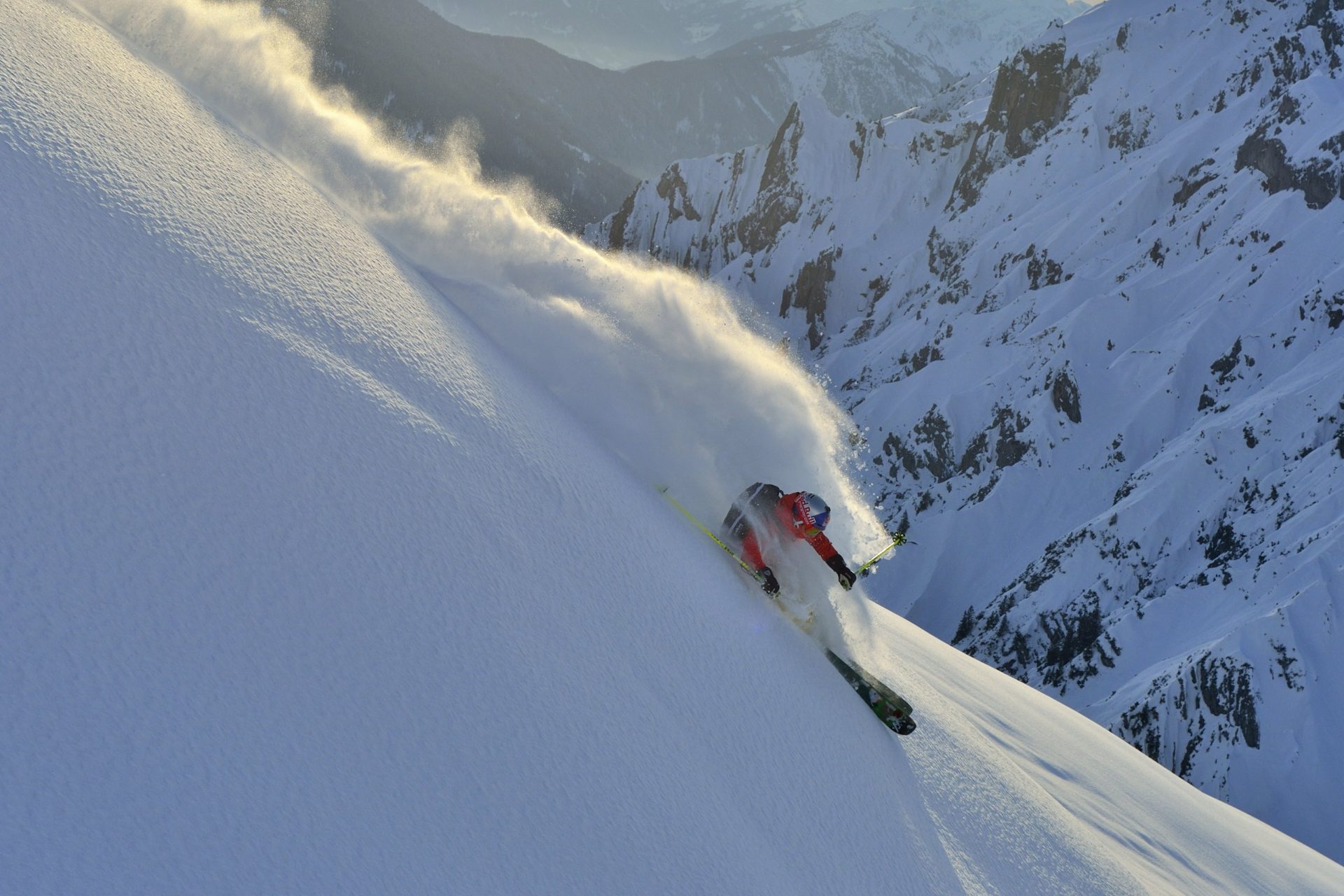 When you’re out with guests, are they always informed or interested in the subject of avalanches? Or do they just want to ride powder safely?
It’s always different; some more so, some less. Of course, the proper modes of conduct are always a theme, because I have to be sure that everyone is at least somewhat familiar with using an avalanche beacon. Generally it’s the case that you can’t do enough to be prepared. I always go out before every season to practice extensively with my beacon. And I always do a beacon check, no matter who I’m riding with. Having a routine is good, but it can also become dangerous when you’re not thinking or paying attention to what you’re doing anymore. That’s when mistakes happen. The ideal situation is when you’re constantly talking about what’s going on around you. Those with more experience will be paying more attention to their surroundings, and those with less experience will be learning a lot along the way. A while ago I did a camp for young freeriders together with Fabian Lentsch, and it was amazing at the end how we all treated each other as equals, because everyone was involved in decisions and taking things seriously.

Would you say that the topic of avalanches doesn’t end with attending a safety camp alone?
Absolutely not. For example, this winter I’ll be doing several Freeride Days with the Mammut Alpine School (link in German) here in the Arlberg. At these camps it will be about ski technique and the freeride experience as a whole, but avalanche safety will also be a major focus. You always have to stay vigilant. An avalanche beacon and an airbag aren’t free tickets to ride. Snow and avalanches are such a complicated challenge, which you can only prepare for with constant practice, preparation and the proper equipment.