In addition to our regularly scheduled FWT coverage, last month we decided to check out the up-and-comers and young frothers on the qualifier circuit. After a trip to the Freeride World Qualifier 4-star event in Silvretta Montafon, boy are we impressed. It’s hard to overstate the level of riding in the European FWQ circuit right now. The competition is so fierce and the start lists so stacked that runs witnessed at Silvretta Montafon would have been in competition for a World Tour podium just a few years ago. 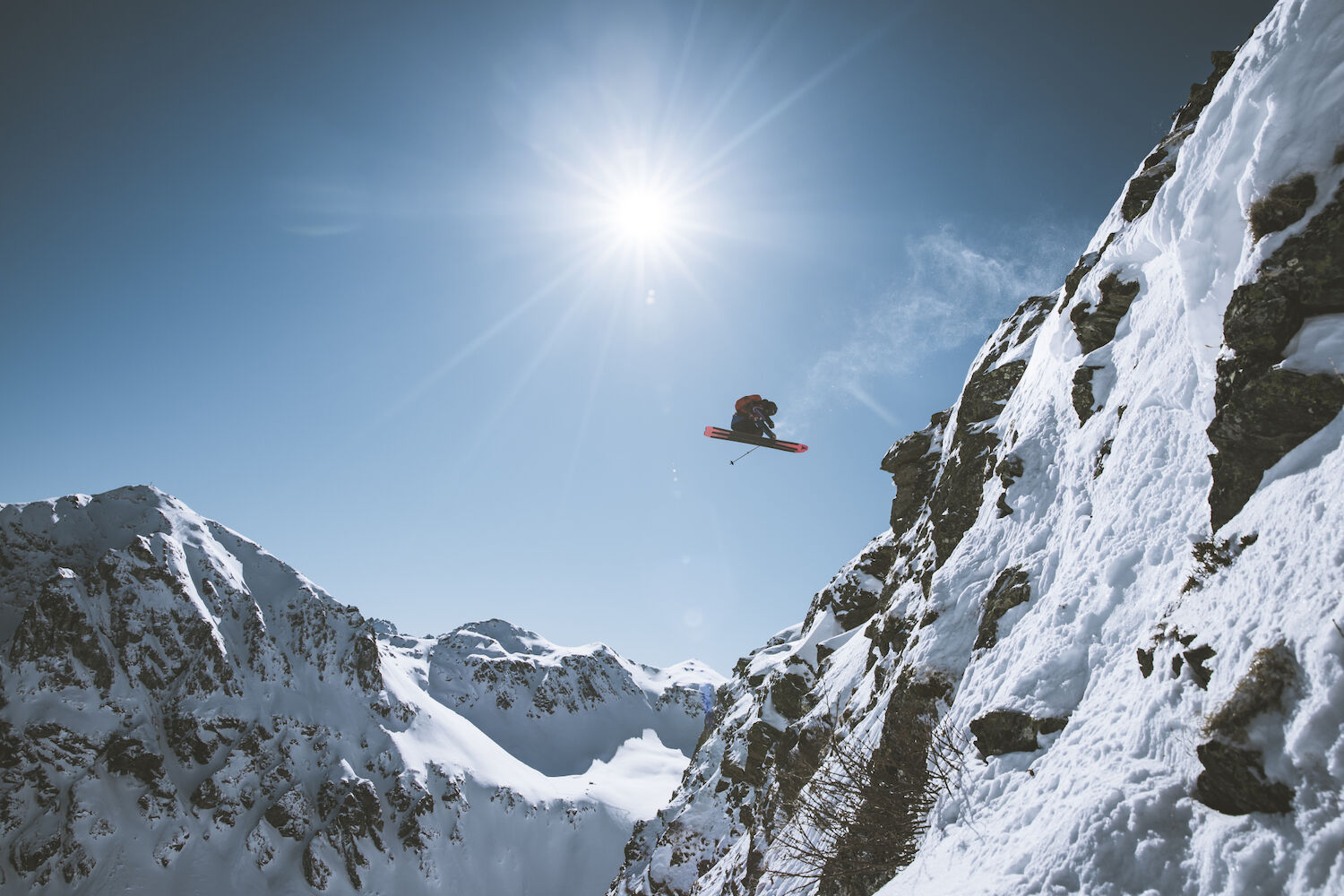 After long midwinter dry spell Mother Nature finally cooperated, dropping some new snow prior to the competition before opening up bright blue skies on Sunday morning. The contest fact, the Kleine Heimspitze, was primed and ready for action.

The Kleine Heimspitze plays host to the Austrian Open Faces freeride competition, a FWQ 4-star stop, nearly every season. The 350-meter descent gives athletes ample options for both traditional big mountain riding and newschool backcountry freestyle approaches. “This is a perfect contest face for sure,” said Edvin Olsson, a Swedish competitor with his sights set on the FWQ Finals, “When everything is open, you can go either big mountain or freestyle. There are a lot of different elements.” 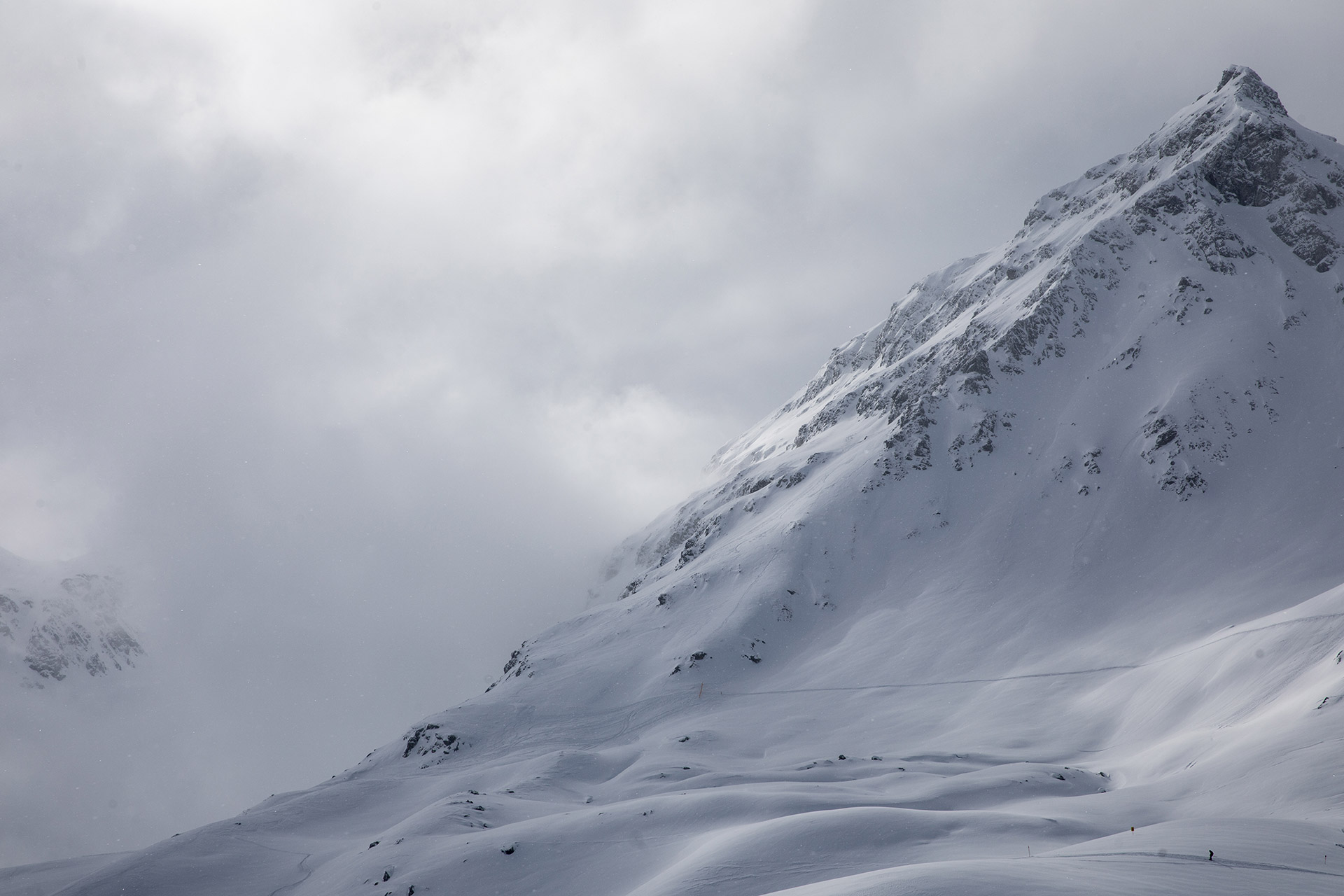 Speaking of the FWQ Finals, there is a new competition format in play this season. Similar to the format of the World Tour itself, athletes jockey for spots at the FWQ Finals before “The Cut” at the end of February. After “The Cut,” only the top riders advance to the final three events at Nendaz, Switzerland; Jasna, Slovakia; and Obergurgl, Austria. To make things even more interesting, the FWT athletes who haven’t made “The Cut” in their own tour are also eligible to compete in the FWQ finals, a chance for them to quickly re-qualify for the big show.

Most athletes seemed to be on board with the new format. “I think it’s going to be a bit harder to stay on the World Tour, and it will be interesting to see the riders from the World Tour against the guys from the qualifier,” said Paul Denton, a Swiss competitor in the Ski Men’s field.

“There’s some good things about it, but this year with lots of cancellations, it got a bit complicated. But it’s a good thing, it makes the Qualifier more professional,” said Ski Women athlete Eva Battolla.

Beyond the pressure of the cut, the contest was uncharacteristically subdued. The typically raucous apres-contest festivities on the sun-drenched balcony of the Nova Stoba— normally thumping with soundstages and a DJ—was absent this year, mostly due to lingering Covid concerns. Beers were still chugged after the contest and parties raged down the road in Schruns, but the resort itself was uncharacteristically quiet.

But enough about qualifying, rules and points; let’s talk hucks, backies and crashes. The Ski Men kicked things off with a bang as some 32 athletes scratched up the Kleine Heimspitze, tossing 360s and backflips with wanton abandon. Stacking five features, a 360 and a backflip, French athlete Oscar Mandin skied into third. Meanwhile, Edvin Olsson turned the venue into his own personal terrain park, finding three 360s and a backflip before the finish line. “It was a lot of fun, a lot of tricks, lots of jibs, it felt good,” said Edvin. “I needed the points to make the cut.” 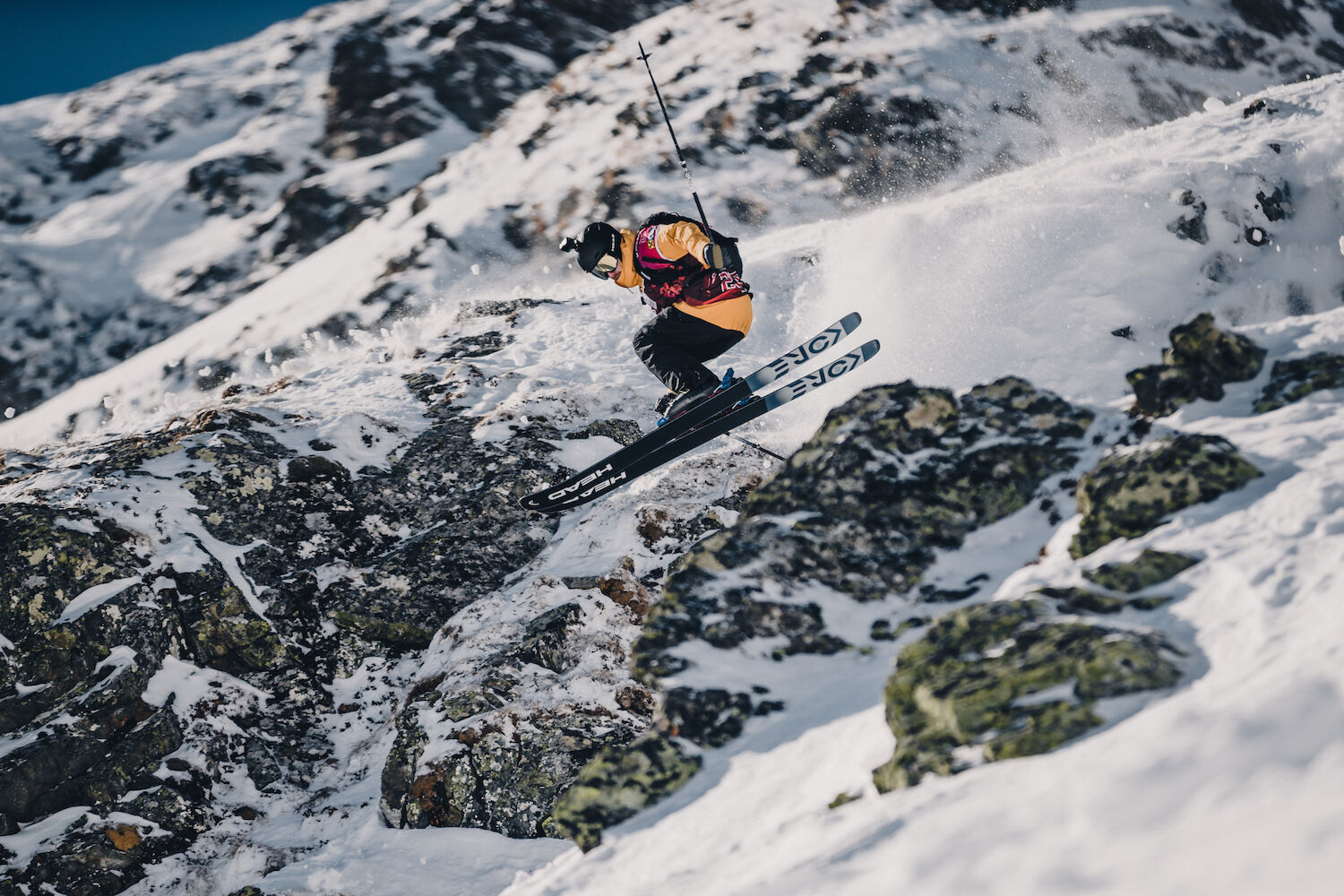 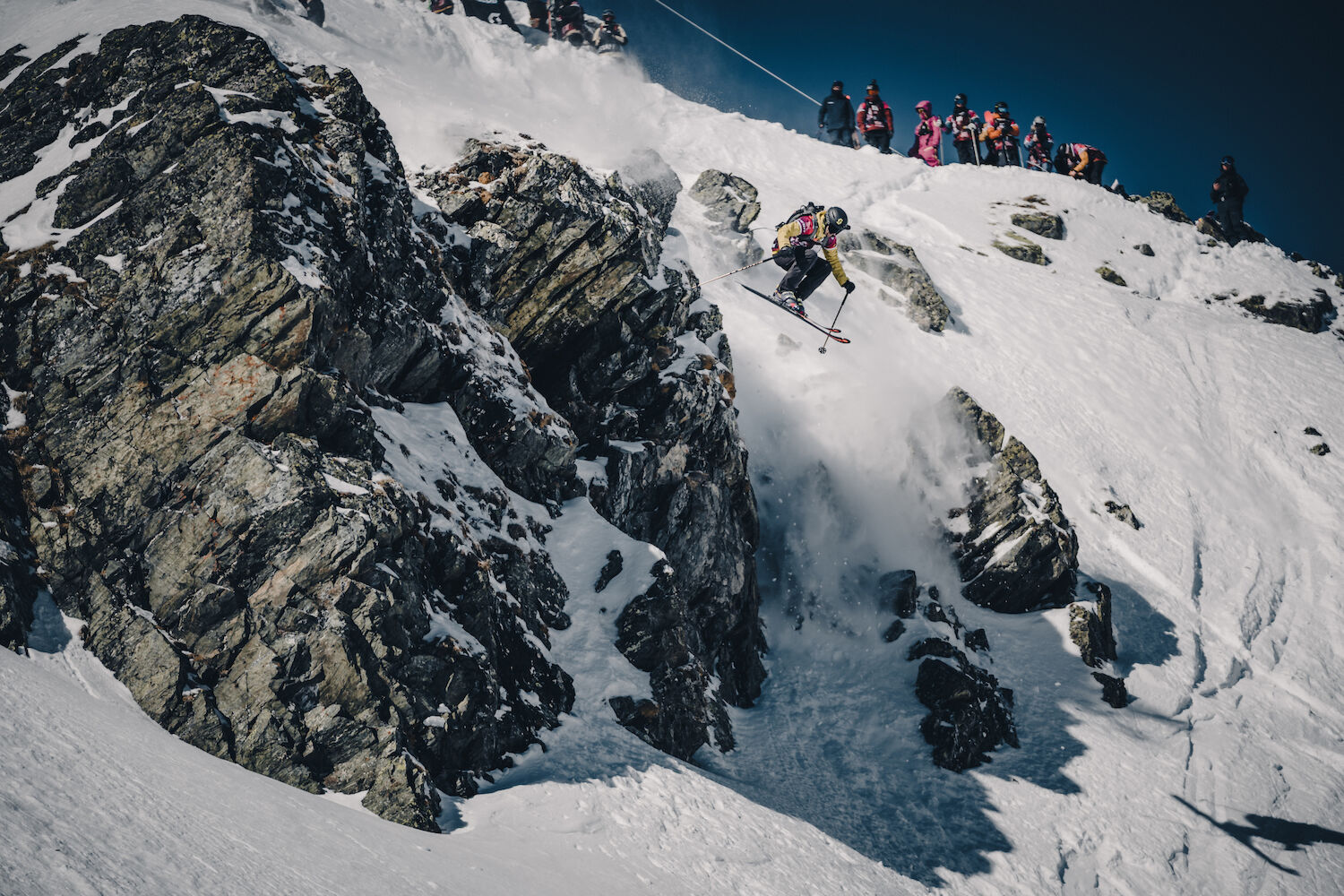 But it was Paul Dentan who rode away with a well-deserved victory. He chose a more traditional, technical big mountain line up top but unleashed a monster of a backflip on the final air, wowing the crowd and the judges. “I feel amazing, with all my friends here, the weather is good, snow is perfect,” said Paul in the finish corral. “I was pretty calm, I knew what I had to do. When I saw my takeoff, I knew where I had to land, I knew I had the right angle, so I just leaned back and waited for the landing.” 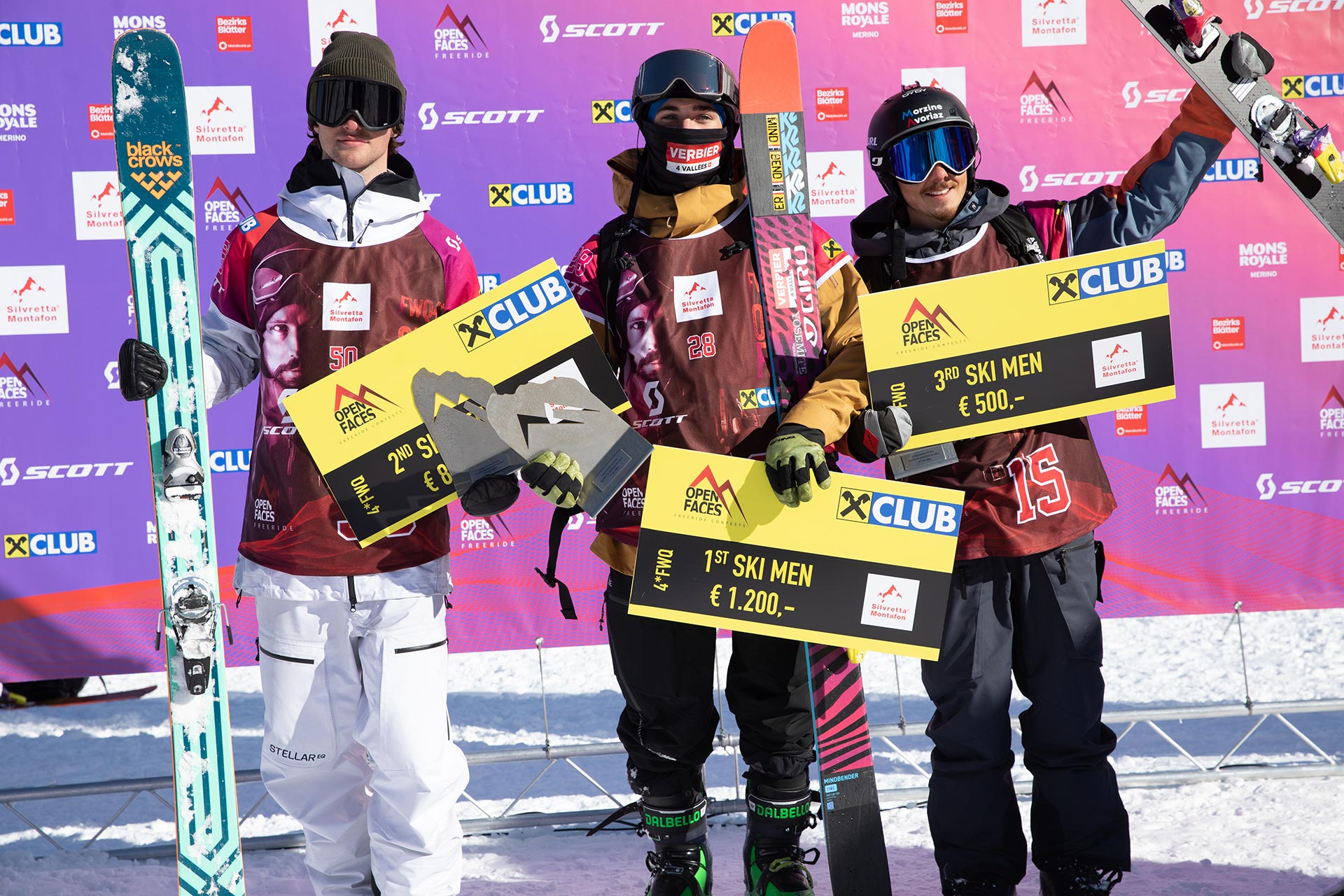 Running after the ski men, a choppier, chossier Kleine Heimspitze showcased the Ski Women. First out the gate, Eva Battolla took a commanding lead with a fast, confident line down the center of the face. “The two first competitions I did, I did quite shit, so I just wanted to have fun and not really care about the results,” she said after her run. Swedish Caroline Stromberg finished just two points behind, linking five airs with fluid turns. “I’m really relieved, actually. I came in here with only one four-start result, so I needed to put something down to my feet,” Caroline said. “I wanted to find something that I could really be proud of.” Rounding out the podium in third was French athlete Astrid Cheylus, who bounced through a peppery cliff band in the middle before straight-lining a chute at the bottom. 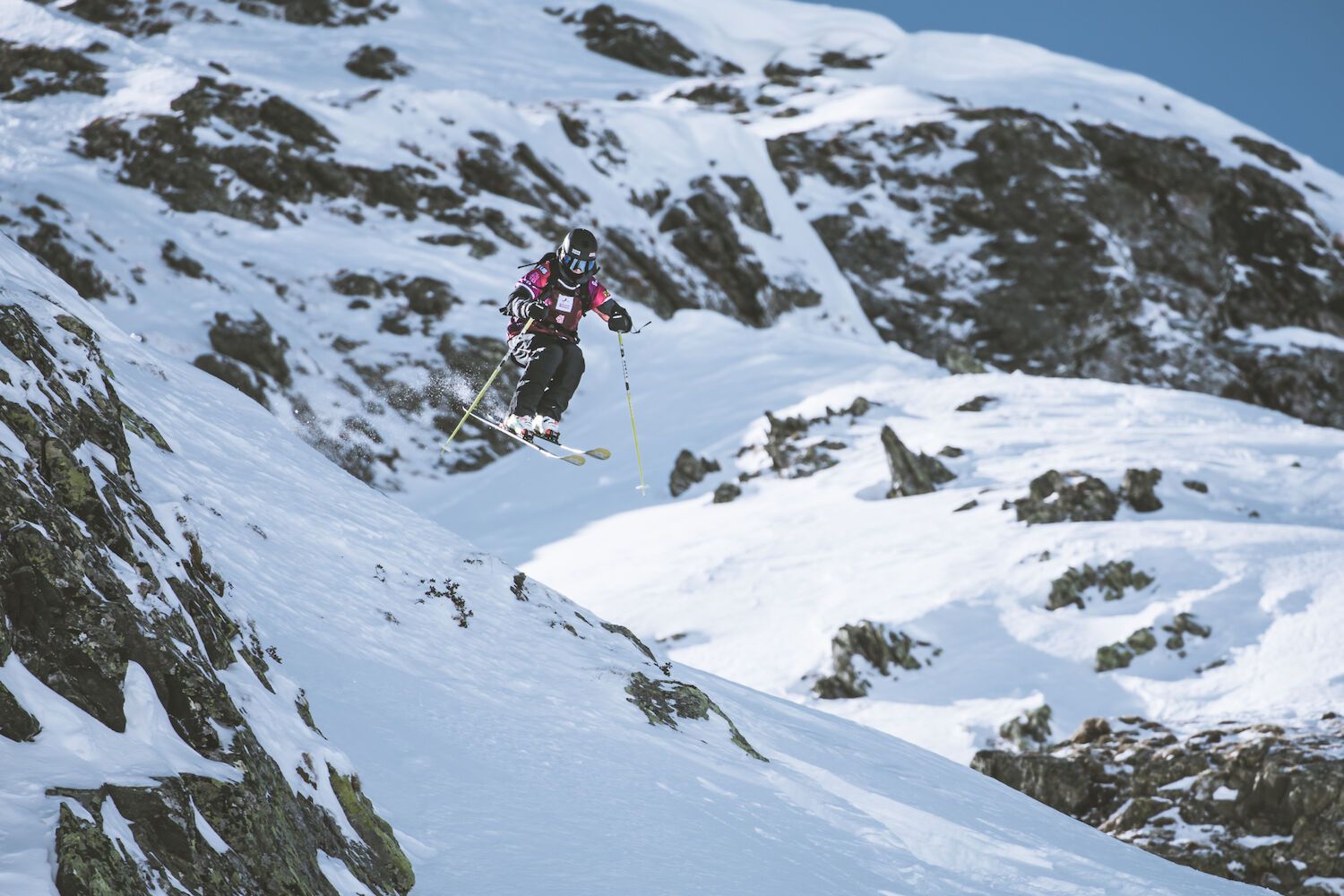 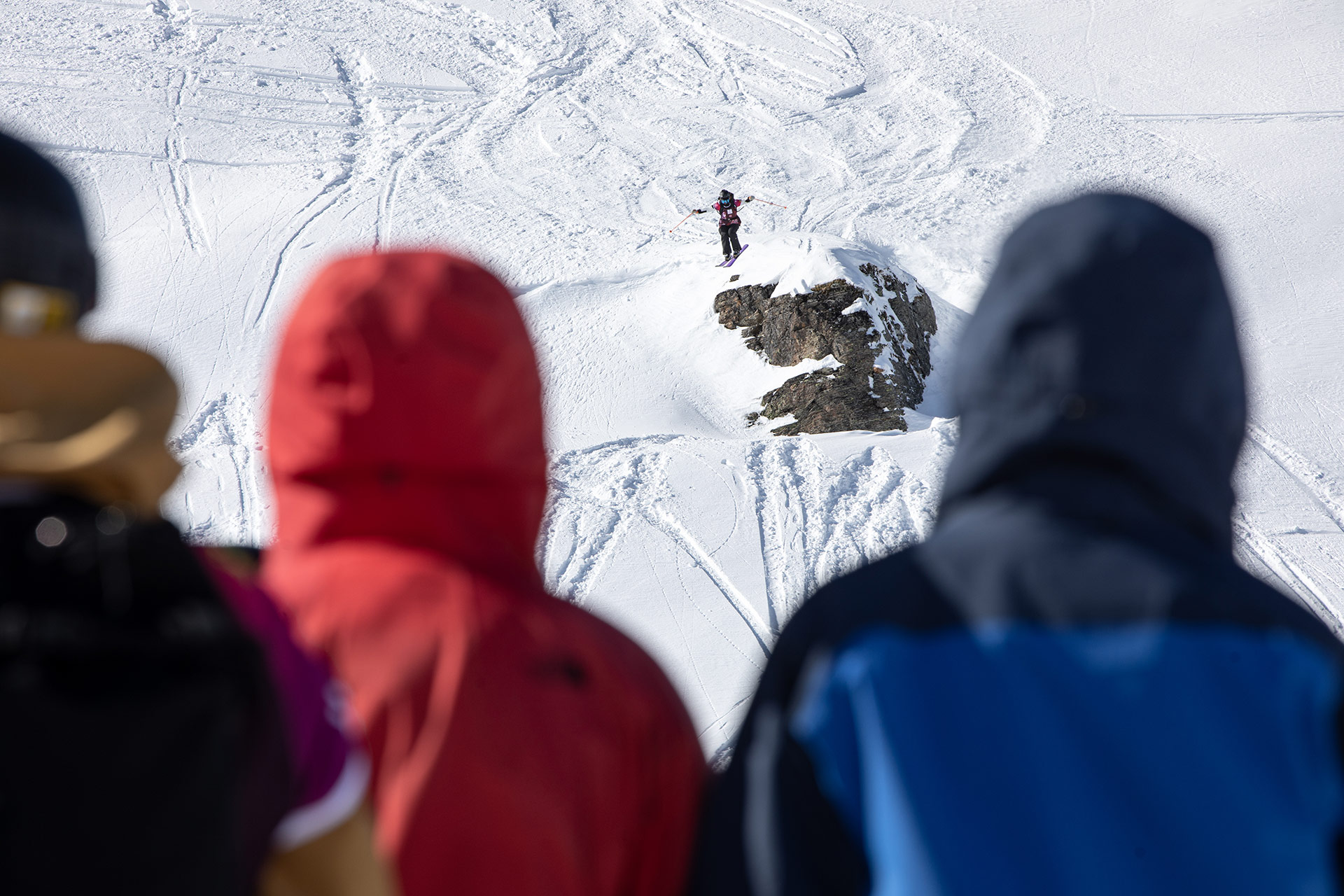 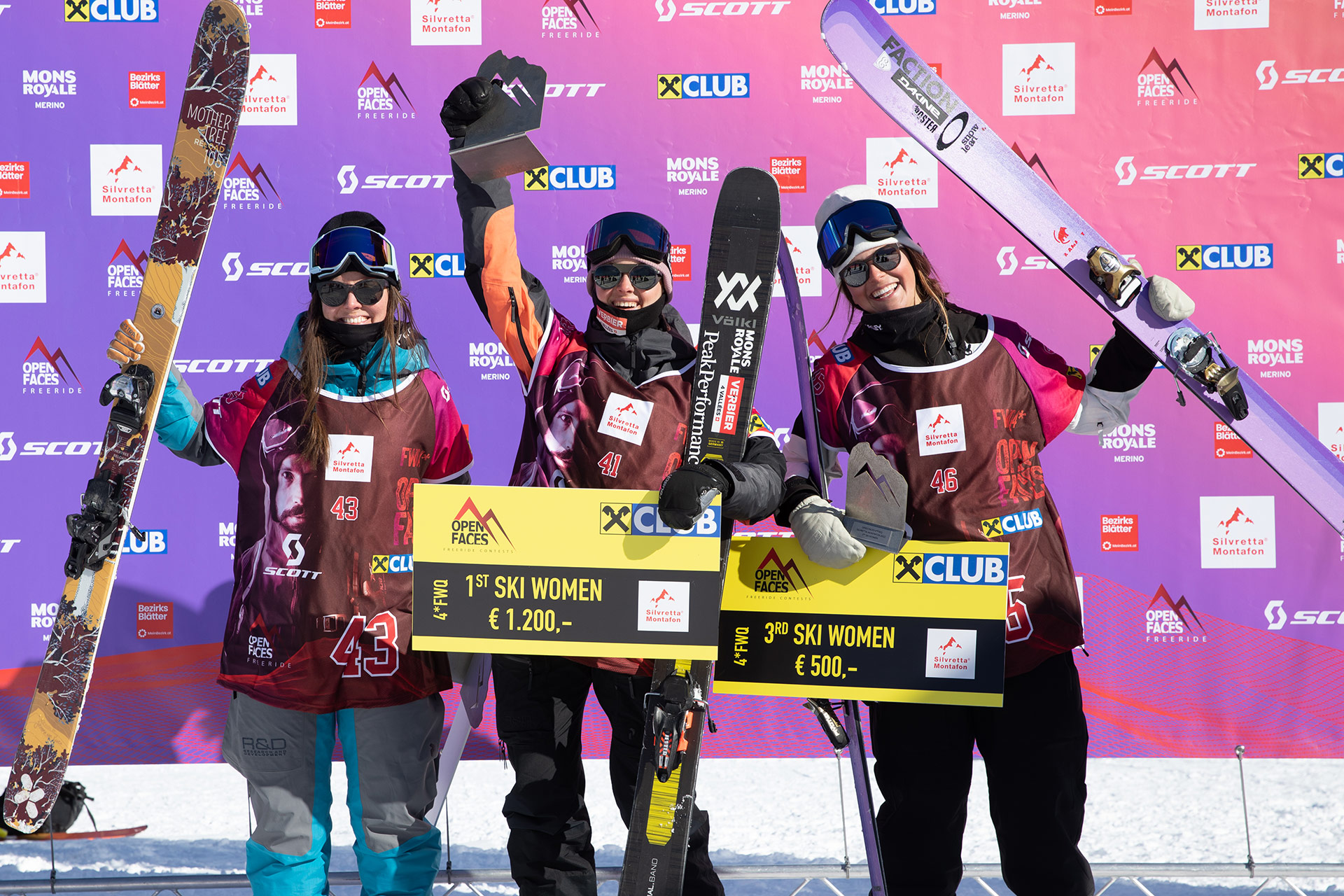 With Silvretta Montafon concluded, “The Cut” has now been made (you can see who made it through on the FWT website). However, the qualifying athletes have little time to celebrate, a three-week onslaught of competitions is now underway. The FWQ finals begin in Nendaz, Switzerland from 5-9 March, then continue in Jasna, Slovakia from 11-14 March. And the intensity is sure to ratchet up a notch, as the World Tour athletes who didn’t qualify for their own cut toss their hats into the ring on the FWQ finals.