“When the rebellious ski ninja, B-dog, is unexpectedly chosen to become Snow Samurai of the wintry planet Yabah, he must battle Ski Lord Zukaro to strike down the forthcoming global drought.”

Here’s something you don’t see every day: Phil Casabon in cartoon form, fighting to save the world from a diabolical villain. Phil hit us up last week to share the details on this unexpected new project. If you’re as intrigued and confused as I was, read on to get the scoop straight from the dog’s mouth. 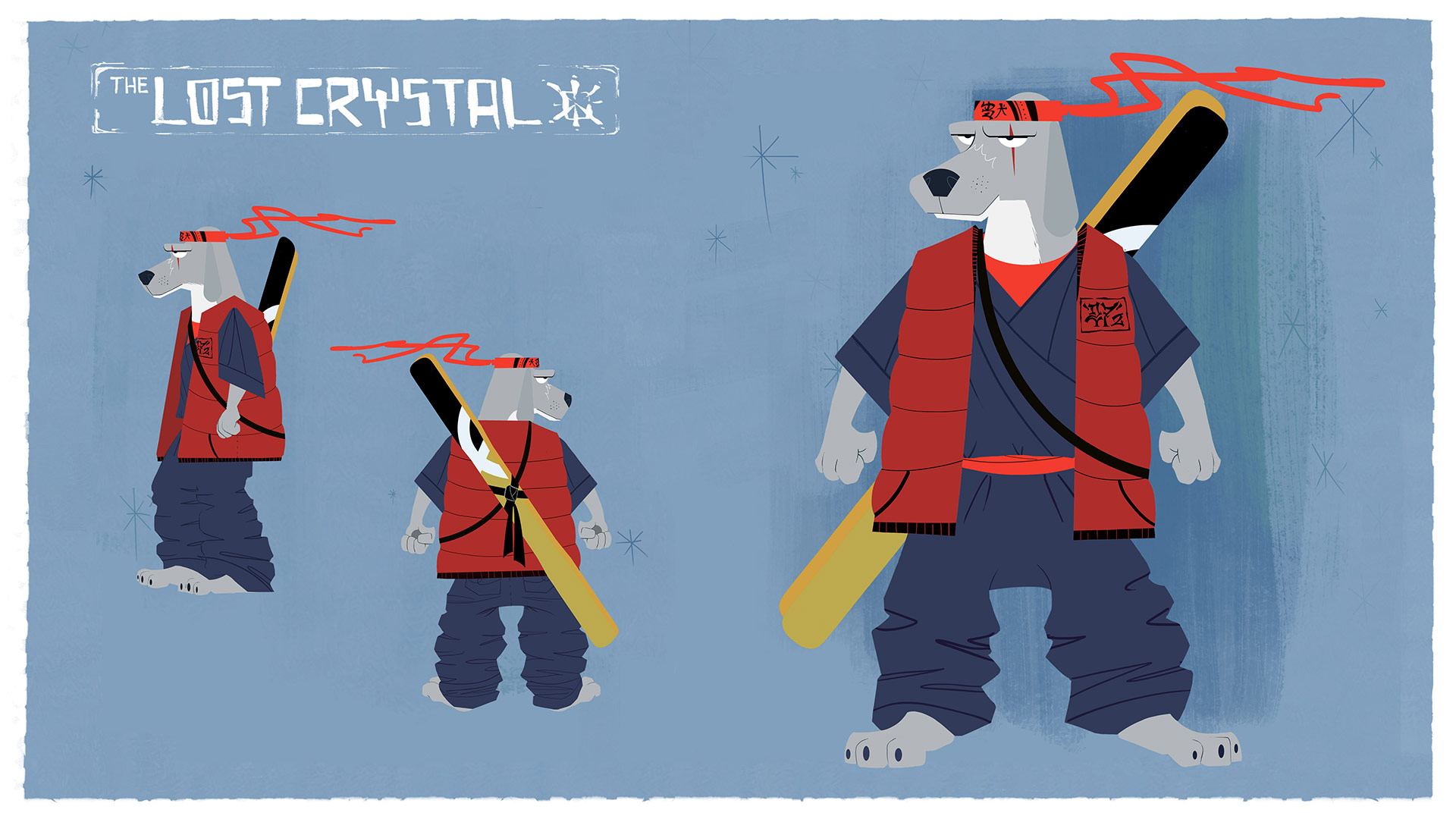 Hey Phil, how’s the season been over in Quebec?
It’s good. Right now I’m actually in Michigan with Mike Hornbeck, filming for an Armada piece that we’re doing together. It’s so good to be with him. It’s a treat to be making a piece together with him based on his hometown.

I checked out the trailer you sent me. First off, my mind is blown! Second off, I don’t even know exactly what I’m looking at.

[laughs] That’s the kind of reaction that I assumed you’d have. It’s definitely outside of the box, an idea that sprouted from the abyss and took shape more and more. I’m riding the wave of trying to make it happen in a field that I am very novice and naïve about. But it’s fun to try to immerse myself in something new and try to learn different things than I have no idea about. Seeing growth is really satisfying.

So, what exactly is this all about?
It’s about a ski ninja who is called upon by a wise bird to save the snow globe of Yabah, which is a fictive world, from completely melting down at the hands of a villain. It’s basically your typical hero’s journey: an underdog gets summoned to fight a superpower, and hopefully vanquish it before catastrophic events arise. It’s based off of the character B-dog, who was first illustrated on my skis in 2019. That’s really what sent me that way. The overall purpose at first was definitely entertainment, but also to give longevity to the character of B-dog.

It’s also sort of a way to give my career another life and appeal to a younger audience. As I will get older, my body will age and I won’t necessarily be able to do what I do. But if I have a character representing the products, and also sort of carrying the philosophy… I’m not trying to make this a moral-based story, because so far I’m not yet a storyteller. But I’m starting to dip my toes in that water. So maybe it’s not the best story, but hopefully it speaks to some people and everyone gets something fun out of it. The purpose is definitely more entertainment and fun than to teach the youth how to live their lives. I’m not carrying that torch.

This kind of reminds me of The Gorillaz—you’re creating a digital avatar. Speaking of which, I’m also getting strong Avatar: The Last Airbender vibes.

That was a big influence to making this. Samurai Jack, Avatar and Afro Samurai were my three biggest inspirations to making this character.

How did this idea come about?
First off, I reached out to an animator and he was willing to jump on. Then I looked for an illustrator for the visual development and scored really well with who I picked—he crushed the design. But in April last year, the animator fully changed fields of work, so that left me without an animator. We agreed that he would at least animate a few scenes so I could edit a trailer. I edited the trailer from April to November on and off, and I’m still seeking for an animator to complete the task at hand. 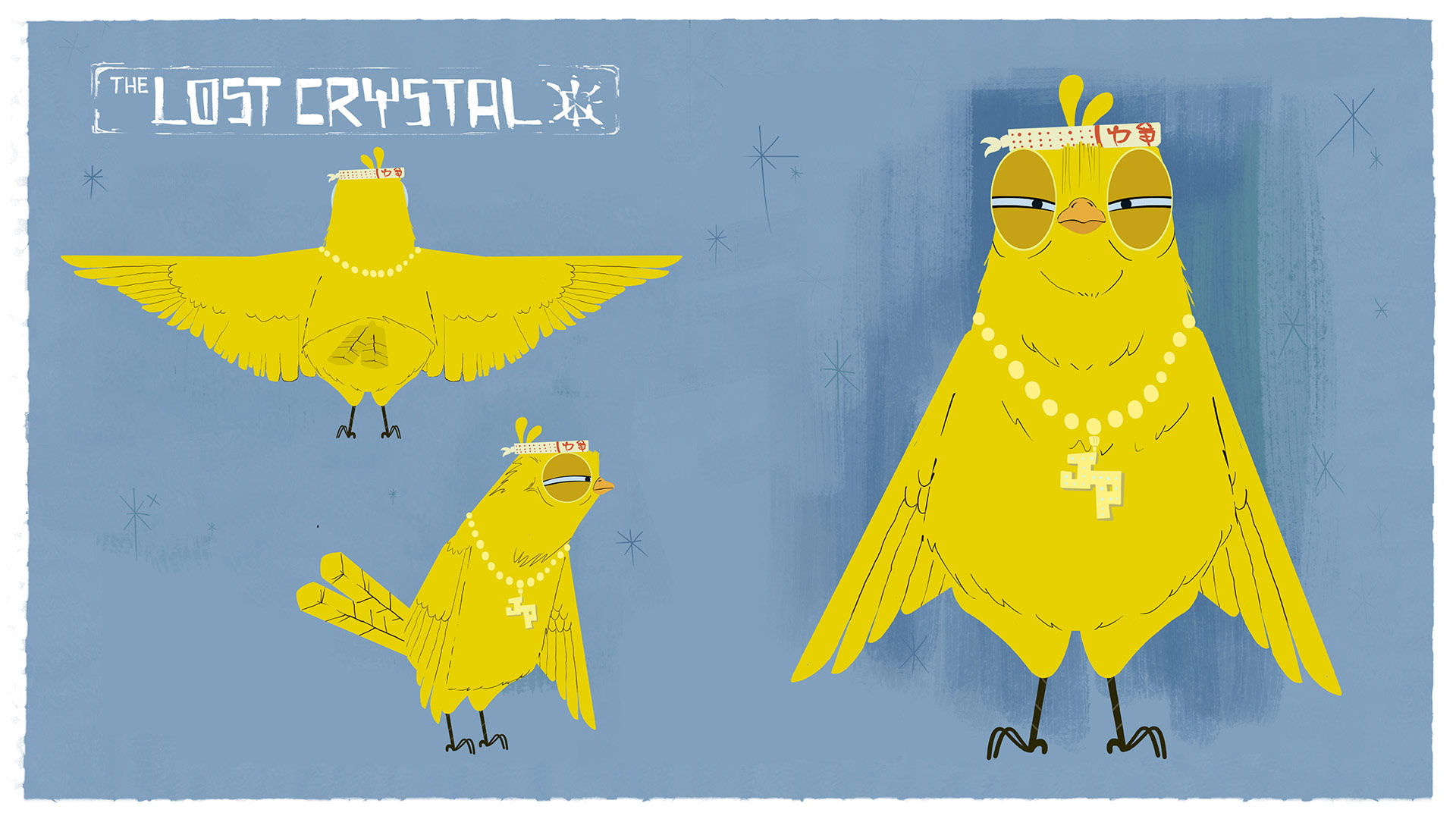 What else has challenged you with this project?

One difficult part that I was naïve about is screenplay writing. I’m still trying to lock that in. There’s no coming back with cartoons, unlike a movie set where it’s an actual person. The script might be written like: “Open the door and jump out.” And then you’re on scene and you’re like, no, that doesn’t feel right—it’s more like: “Kick in the door and fly out!” But that can’t really happen when it’s animated. The voiceovers are linked to the mouth movement. I won’t be too stingy if it doesn’t match exactly, but it’s still something that has to be taken into consideration. That’s easily overlooked when you’re not in the field. I’m still reassessing the format and the episodes and how I want to break it down.

So you’ve been working on this for a while already.

It’s been two years and two months since the project first reached my psyche. I tried to let it grow as time went on. The thing is, I’m still first and foremost a professional skier, and my craft is skiing and whatever comes with it —also directing and editing, making movies about how I ski. I’m trying to have a strong presence on skis, so I can’t afford to put all my effort into this project. That’s why it’s moving very slowly. Im also single-handedly running it right now. It’s big shoes to fill and a lot of caps to be worn. but perhaps [dropping this trailer] will help to find some more help on the production side. It’s definitely something that I enjoy, but I know some people can do it better than I can.

When I first saw this, I thought that someone who was into animation came to you and wanted to make this. But it’s actually the opposite. You wanted to create this, and you went looking for people to make it with.

What’s the plan from here?

I’m trying to make three 8-to-10 minute episodes. We’ll see how and when they release. So far the script has 28 pages. For each episode I’m trying to have the correct arc for the story to build and end with something of a cliffhanger, so that people can hang on and be hyped to see what happens next. That’s the plan so far. I’m really excited about the format of the duel thats going to be the decisive factor. It’s a new concept of a ski battle thats sort of merged between the samurai craft and ski craft. I think that’s going to be really fun to show off, but there’s a lot to be done before I reach that final point. It’s kind of the cherry on top to reach in the last episode. 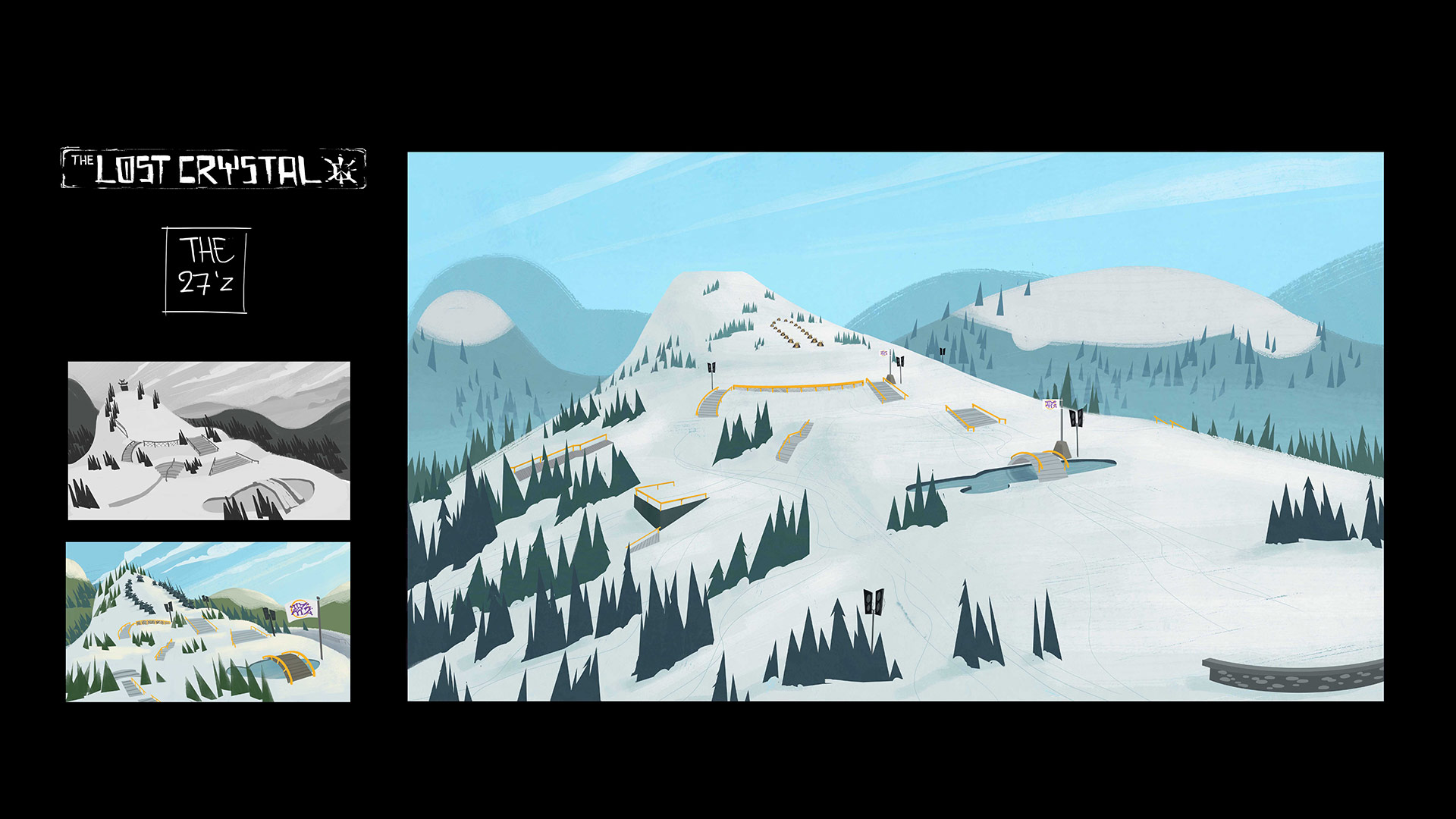 How will you release it?

Through Armada on their YouTube, I think will be the call. They’re giving me a video budget and support, so they are sort of presenting it. I think that’s going to be the way to go. At the same time, this is also something that, perhaps by starting to put the message out there, I’ll start to have some direction from mentors. [Eric] Iberg is definitely trying to promote the idea of making it something a bit bigger than putting it on YouTube. I’ll see how that evolves.

It’s niche niche niche—like, I was kind of stuck with the fact that my character is a dog and he’s a skier. But that’s my audience, that’s who I am. It’s not necessarily the most primal shit, but I’m trying to make it so in the fictive world, snow is of really high importance to the creatures living there, so the stakes are high if the snow melts. It’s a tricky situation to try to make it appealing to someone who’s not acquainted with my skiing, but in the end, I think my best bet is to focus on my audience.

When will it drop?

There is no set date. I’m aiming at 2023—if I can get all three episodes done by fall 2023, it would be fantastic. Otherwise, if I can get one episode done by fall 2022, that’s superb. I need to assess how it’s best to drop this, and at what rate to release them. So it’s still unknown.

Phil has started a GOFUNDME to raise money for the production of The Lost Crystal.